Skip to content
July 14, 2022/Comments Off on Squatters may have started fire in Worth building 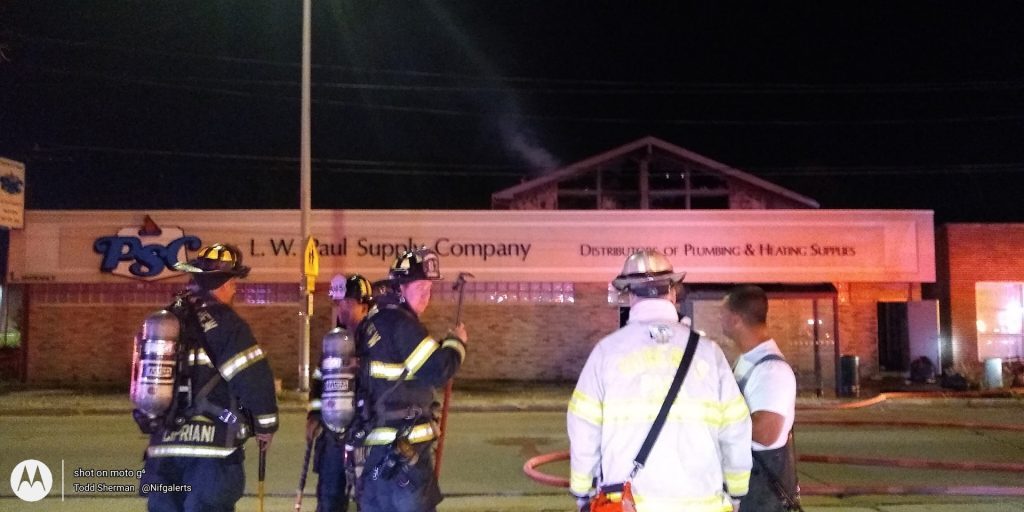 Squatters may have started fire in Worth building

A fire that heavily damaged a former plumbing supply company on 111th Street in Worth early Sunday morning may have been caused by homeless people living in the abandoned structure.

“The fire started on the second floor, which used to be a beautiful and spacious apartment,” Worth Mayor Mary Werner said Monday. “A couple of weeks ago, the Worth Police Department had to remove some homeless people who were living there.”

North Palos Fire Chief Paul Mackin said firefighters arrived on the scene at 6435 W. 111th St. about 3 a.m. and saw heavy fire inside the building. The building was the former home of L.W. Paul Supply Co., which sold plumbing and heating supplies. 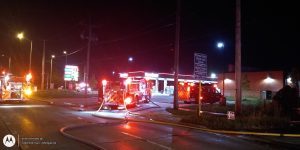 Firefighters set up in the parking lot of Thorntons gas station Sunday morning.

“We cleared the scene at 5:35 a.m.,” he said. Eight other fire departments assisted in fighting the fire.

He said no injuries were reported. He said the cause of the blaze was undetermined at press time.

“We do know there were no utility connections to the building,” he said.

He said the state fire marshal is investigating the cause of the fire.

Werner said the new owners of the building were aware of the squatters the police found and they had tried to better secure the building.

Werner said the village had recently approved plans for the building and building permits had been applied for to turn the former store into a new location for Premiere Auto Works in Alsip.

“The new owners were going to turn the building into a used car dealership,” she said. “They were going to move from Alsip to Worth.

She said Worth officials liked the idea of a used car dealership because it would breathe new life into an empty building and bring in new tax dollars to the village.

Werner said a contractor for Premiere reached out to the village on Monday to see if they could start demolition of the damaged building.

“We had to tell them we are waiting to hear from the fire marshal,” she said.

“Before the fire, it was a sound building,” she said. “The new owner had already received permission from the MWRD to repave the parking lot. We are hoping the owner will move forward with his plans.”

Werner also was thankful the fire did not spread to the adjoining Thorntons gas station.

“That would have been a disaster.”