Skip to content
July 15, 2022/Comments Off on I’m sold on this celebration 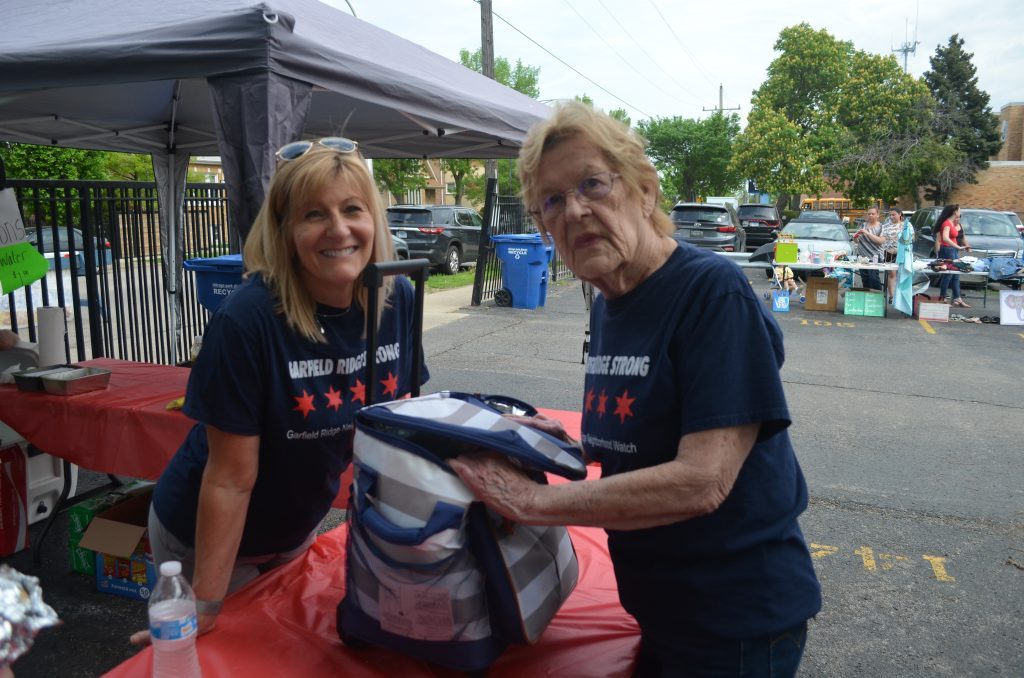 I’m sold on this celebration

It’s not just a Sell-A-Bration of goods and services, but a celebration of this neighborhood and its people.

That is the sentiment shared by Arlene White, a key member of the Garfield Ridge Neighborhood Watch and director of the group’s semi-annual Sell-A-Bration. She has been leading this popular event for the past nine years.

“It is the best thing. I look forward to it each time,” Arlene told over breakfast recently at Café 63, 6411 W. 63rd St. (Frankly, just about the best place around here where you can eat a delicious meal in a relaxed, friendly atmosphere.) 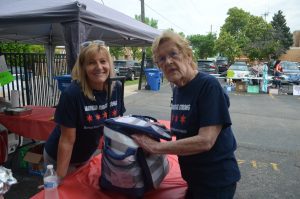 Anyway, about nine years ago, Arlene was sitting on her front porch one day, talking to family and friends, when one neighbor, Heather Rak, said she and Arlene should go to the next meeting of the GRNW.

“So we went to the meeting, and I really enjoyed the people who were there. I liked what they did,” Arlene smiled.

The GRNW’s primary focus back then was keeping Garfield Ridge safe and inviting to families. Their members patrolled the streets alleys, parks and school grounds, looking for things that were out of place like graffiti, open garage doors, as well as gangs congregating in parks and other public spaces.

They called 311 and 911 as situations warranted. The GRNW also wanted residents to know what was going on in their community, good and bad. While safety is still a goal of the group (evidenced by their joint meetings with CAPS Beat 811), they have expanded to include good works for individuals in the community, sponsoring the annual Christmas tree lighting ceremony at WentworthPark, participating in the community’s holiday parades and more.

Arlene’s involvement didn’t end with that one meeting. Shortly after joining the group, she was asked to become a board member. She was then asked to become chairperson of the Sell-A-Bration.

The goal of the event was two-fold. The first was to raise money for the GRNW to fund their other events. The second and maybe more important was to get folks out of their houses and into a friendly, safe public space to meet each other and build bonds of neighborliness.

The process began (from scratch, I might add) with Arlene and fellow board members scoping out prospective locations to hold the event.

The idea of the Kennedy High School parking lot happened when they were driving through the neighborhood. After talking to the principal and the Board of Education, they had their location.

The GRNW board and Arlene wanted to name their event something unique, something that would attract attention.

“We didn’t want to call it a garage sale or a rummage sale, because it was different from those,” Arlene explained.

Different it is. First of all, each vendor rents a parking-lot space for just $20. “I won’t raise the price,” Arlene promised.

On the day of the event, each vendor sets up their space as they want. They bring awnings, tents, chairs, tables and the goods they are selling. Each vendor keeps what the cash they make from selling their goods.

Before the day of the Sell-A-Bration, much has been going on behind the scenes. Arlene stressed that she is hard to get ahold of a month before the event. Her telephone landline is ringing off the hook, vendors calling her instead of her calling them.

“Sometimes I can be on the phone 45 minutes with one vendor. There is one woman who started out with us. She was the first vendor to sign on. We’ve become friends,” Arlene told me.

Once the event is advertised, she can get 5 to 20 calls a day from vendors.

“There are a lot of repeat vendors,” Arlene explained.

The next Sell-A-Bration is scheduled for Saturday, Sept. 10, so don’t be surprised if you can’t reach Arlene via phone in August. You may get a busy signal.

Arlene said that the vendors, who were strangers to one another in the beginning, ended up as friends, going out together and hanging out with one another.

“There is so much camaraderie,” Arlene exclaimed.

There are also signs to put up to let everyone know the Sell-A-Bration is coming, fees to collect, gathering donations from businesses who Arlene calls “generous,” and getting donations for the Trash to Treasure table. Keep that in mind and start gathering your former treasures you want to donate.

Now when the “Queen of the Celebration,” a nickname Arlene earned from friends, walks down the street in Garfield Ridge, she may be greeted with, “I know you,” a direct result from her time leading the Sell-A-Bration.

Arlene recently celebrated her 80th birthday and will celebrate her 18th Sell-A-Bration event in September.

“I will keep heading up the Sell-A-Bration until I physically cannot, but I will still help out by staying at home and taking calls,” Arlene told me.

Arlene has a philosophy, “The more you do, the more you get to know your neighbors,” which is one reason she keeps busy with the GRNW and the Sell-A-Bration.

The other reason is “It is so much fun.”

Arlene has lived in her Garfield Ridge home for 43 years. For someone who retired 14 years ago, she seems busier than ever.

Thanks for the delightful conversation, Arlene. It was great to sit down and talk. I will give readers more information about the September Sell-A-Bration when the date draws near.

See you next week.