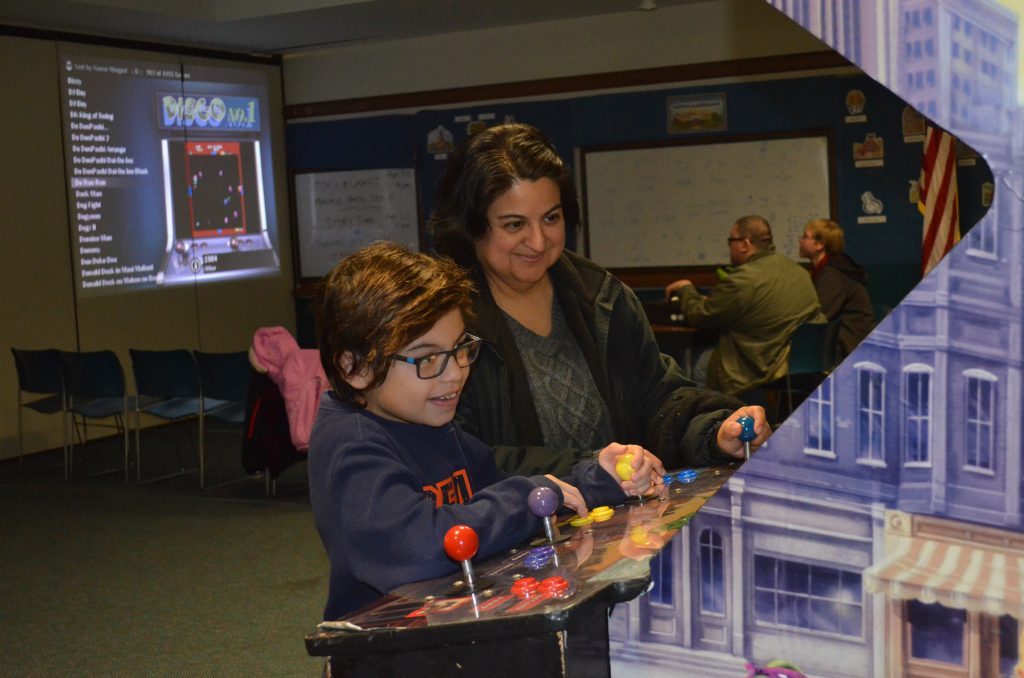 The community is invited to discover (or re-discover, as the case may be) video games of yesteryear at an event coming up later this month at the Clearing Branch Library, 6423 W. 63rd Place. 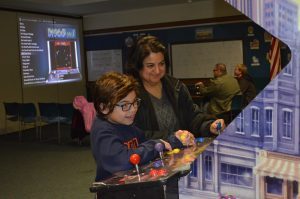 There is no admission charge, and everyone is invited to view and play literally dozens of video games popular from the 1970s—games as primitive as Pong, and others as popular as Ms. Pac-Man, Donkey Kong, Space Invaders and more.

The expo is essentially a labor of love of lifelong Garfield Ridge resident Rob Bitunjac, who also is the longtime director at the Clearing Branch.

“For the most part, this event is not work for me,” Bitunjac said. “It’s fun to share my interest in video games.”

Some of the systems that will be showcased are Atari, NES, SNES, Genesis and Xbox.

Bitunjac, 50, grew up playing video games at Lawn Lanes, a bowling alley once owned in part by his father, Bob. As a teenager he also occasionally dropped quarters and token at such places as the Fun Zone at Archer and Pulaski (as well as the one at Archer and Harlem), Aladdin’s Castle in Chicago Ridge Mall, and the arcade in Ford City’s Peacock Alley, to name a few teen hangouts—all of which are long gone, as home video game systems made arcades passé.

He launched the Retro Video Game Expo in 2017 and said ideally, he’d like the event at the library to be twice a year or even quarterly.