Skip to content
July 17, 2022/Comments Off on Pro Soccer Report: Houston’s hat trick too much for Red Stars; Bezerra hat trick not enough for Fire II 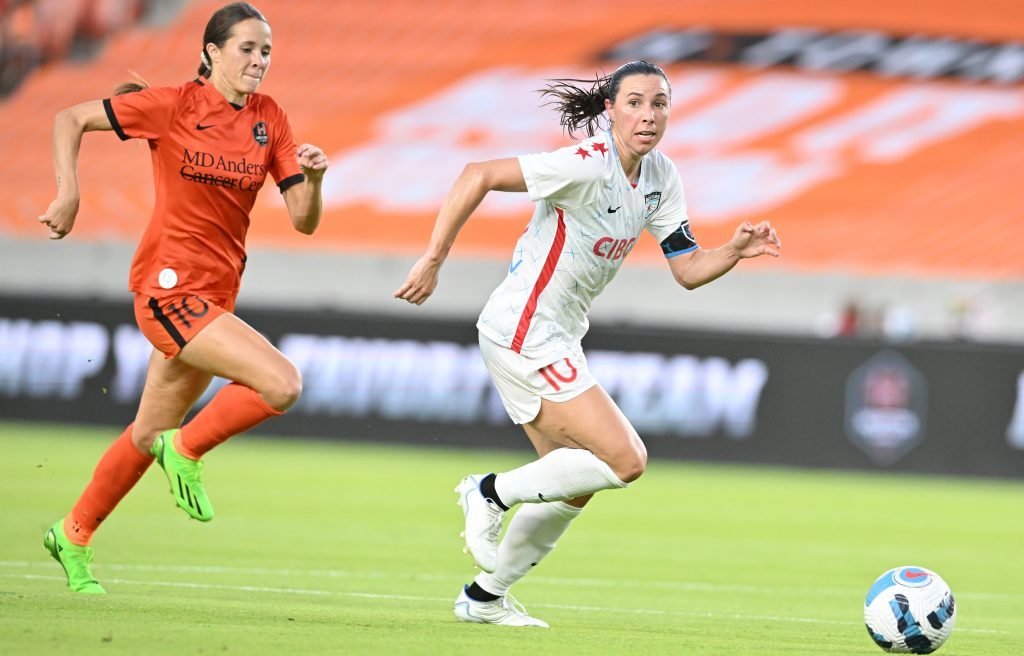 Bad things came in threes for the Chicago Red Stars.

The loss dropped the Red Stars (5-2-5) from second to third in the standing, as they were overtaken by red-hot Portland.

Salmon, 21, who was traded to Houston from Racing Louisville on June 27, scored in the 11th minute and during extra time in the first half, and completed the hat trick in the 55th minute to give Houston interim coach Juan Carlos Amoros his first victory in his first try.

What was galling about this setback for the visitors was that even though the Red Stars were missing key players because of injuries and international play, Houston (5-4-3) was missing 11 players for various reasons, according to Amoros.

“This is one of the best teams in the league,” Amoros said of the Red Stars. “They were tied at the top of the league in the beginning of this fixture and hadn’t lost a game in the last nine, and just lost once in the league against [NWSL leader] San Diego.

“We were able to score four past them, so I’m very, very pleased with everyone.”

Like the 2-2 draw with North Carolina on July 10 at SeatGeek Stadium, the Red Stars scored late. This time it was too late.

Chicago scored two goals in extra minutes against North Carolina for a thrilling tie but couldn’t find the back of the net in the first 90 minutes.

That plagued the Red Stars again on Saturday in Houston. They missed some key opportunities until rookie Samantha Fisher scored in the 88th minute, but they were already down 3-0 at the time.

Help on the way

After the NWSL takes a week off, the Red Stars host league-leading San Diego at 7 p.m. July 30 at Soldier Field.

Gautrat back in August?

Midfielder Moran Gautrat continues to nurse a left calf injury that has kept her our most of the season, but there is some light at the end of the tunnel. Red Stars coach Chris Petrucelli said Gautrat might be three weeks away from returning.

“She is moving forward,” he said. “She’s doing some running. She’s touching the ball and I do think there is some hope that she will be back some time in August.”

The coach said that it’s a tricky injury because it needs full rest, and walking complicates it.

“Over the course of three months, she’s tried to come back a couple of times and she’s had a number of setbacks, and we finally got to a point where we shut it down,” he said. “She shut down for three or four weeks and now she’s in the process of trying to pick it up.”

Red hot Victor Bezerra had the game of his life for the Chicago Fire II.

But his hat trick was not enough for a team victory as the Fire lost to Orlando City B 4-3 Sunday at SeatGeek Stadium in Bridgeview in an MLS NEXT Pro game.

The Fire II has a week off and visits Rochester on July 30.