Skip to content
July 18, 2022/Comments Off on Shepard grad Bartczak put it all together in senior season 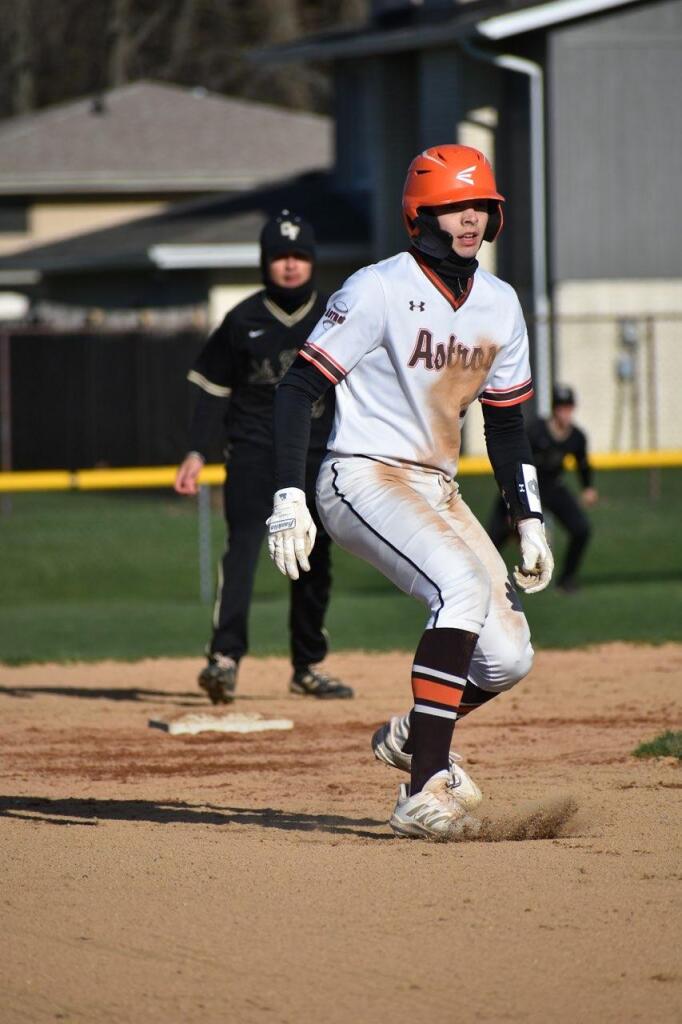 In his senior season, Tyler Bartczak hit .420 with three home runs, 22 RBIs and 14 stolen bases, and as a pitcher finished 6-3 with a 2.29 ERA and 96 strikeouts in 52 innings pitched. Supplied photo

Shepard grad Bartczak put it all together in senior season

Tyler Bartczak had success on the mound throughout his four varsity seasons at Shepard.

But he had not produced offensively as much as he had hoped. Until his senior season.

“It was super important to me to hit well this year,” Bartczak said. “You always want to be the best that you can possibly be.

“Struggling my first couple years on varsity, I really got down. I worked really hard over the offseason to make sure I could compete at the varsity level with my hitting. My pitching was always my strong suit, but I wanted to be a great all-around player.”

Bartczak fulfilled that ambition as a senior, hitting .420 with three home runs, 22 RBIs and 14 stolen bases.

He turned in another strong season on the mound, as well, going 6-3 with a 2.29 ERA and 96 strikeouts in 52 innings pitched.

“We always knew he had talent as a hitter, but he’d get frustrated,” Shepard coach Frank DiFoggio said of Bartczak. “He sought help, he listened, he tried things we suggested, and things eventually clicked for him at the plate.

“I’m glad he had the offensive year that he did because that was something he really wanted. I don’t think he ever saw himself as a complete high school baseball player until this year when he could say, ‘I can do damage on both sides, pitching and hitting.’”

Bartczak, who will play college baseball at Concordia in Wisconsin, said the mental part of the game played a big role in his success. He used his pitching mentality to help his hitting.

While producing as a two-way player, Bartczak was also focused on leading a relatively inexperienced Shepard team. The Astros finished 15-15-1.

“Our team was mostly juniors,” he said. “We had only had five seniors. Being one of the older guys, you have to mentor the young guys. I wanted to make sure they were comfortable and had someone to look up to.”

DiFoggio observed Bartczak’s teammates learning from him throughout his time at Shepard.

“A lot of guys saw the amount of effort and the drive he had for all four years,” DiFoggio said. “He was a leader on our team pretty much when he was a freshman.

“Kids get more out of watching their peers, I think, nowadays, and he’s someone who always did things the right way. A lot of guys in our program saw that, and he taught them that this is how you’re supposed to do it in order to succeed.”

Bartczak is thankful for all his time playing on the varsity team at Shepard.

“Coach DiFoggio is the greatest coach I’ve ever had,” he said. “I couldn’t ask for a better coach and a better mentor.

“I’m definitely going to miss the guys. The brotherhood we’ve created over the last four years is something I don’t think I would have had at any other school.”

DiFoggio said Concordia, a NCAA Division III program, “got a steal” in Bartczak.

Bartczak, who will study physical therapy, hopes to prove that true.

“I’m super excited,” he said. “Concordia was definitely the right place for me. I’m going to push to be a two-way player but, if not, I’m definitely going to be a pitcher.

“So, it’s going to be a great opportunity for me to succeed even more and hopefully reach my goal of being a major league baseball player.”