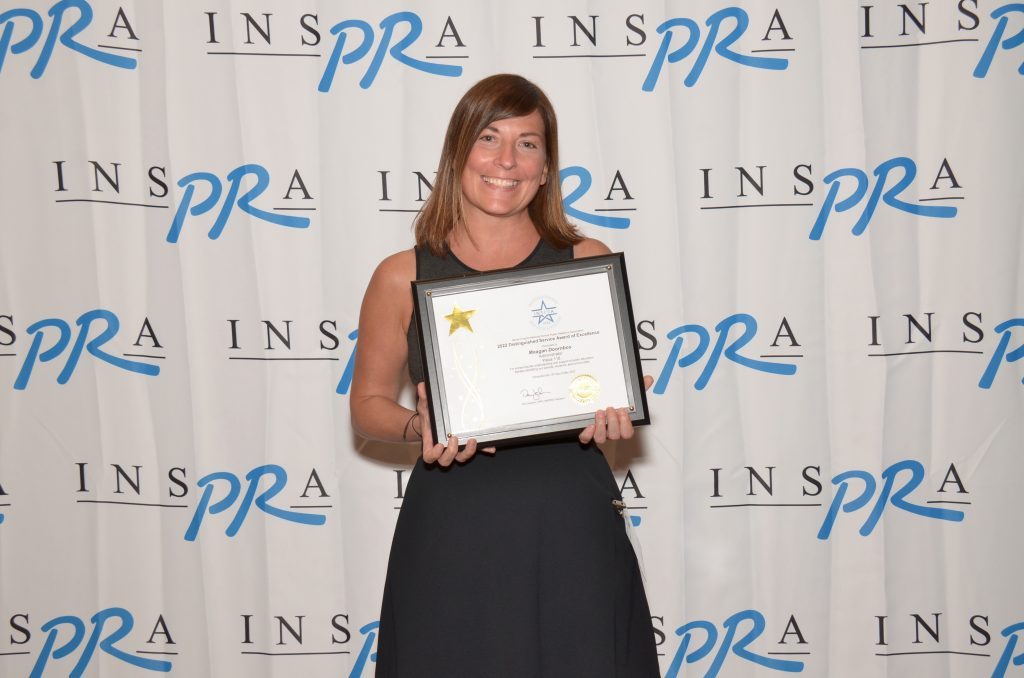 Palos South Middle School Assistant Principal Meagan Doornbos was recently recognized by the Illinois Chapter of National School Public Relations Association with an Award of Excellence for her work promoting the efforts of the school’s Save Promise Club. (Supplied photo)

Palos South Assistant Principal Meagan Doornbos has been recognized by the Illinois Chapter National School Public Relations Association for her work promoting the efforts of the Palos South Save Promise Club.

Doornbos received the Award of Excellence in the school administrator category at an awards luncheon in Bolingbrook on May 13. Her efforts have included promotions for the school’s ‘Save Promise’ week with events meant to foster new connections, friendships, and inclusivity among students. Events include posting messages of encouragement on student lockers, hosting afterschool games with staff, and organizing lunch events with area first responders.

She has led student trainings to recognize the signs of violence in schools, outreach to future club members in the 5th grade, and brought that message to the wider community through green ribbon campaigns that have decorated the area library and nearby downtown.

She has also organized the school’s ‘Reverse Parade’ and more recently enlisted the help of all of the students at Palos South Middle School to take a drone photo of students spelling out ‘hello’ on the school lawn during ‘Start with Hello’ week in September.

Palos South Middle School was recently named one of the winners of Say Something Week Award by the non-profit organization Sandy Hook Promise for their most recent week-long campaign in March aimed creating a more inclusive school environment and reducing school violence.