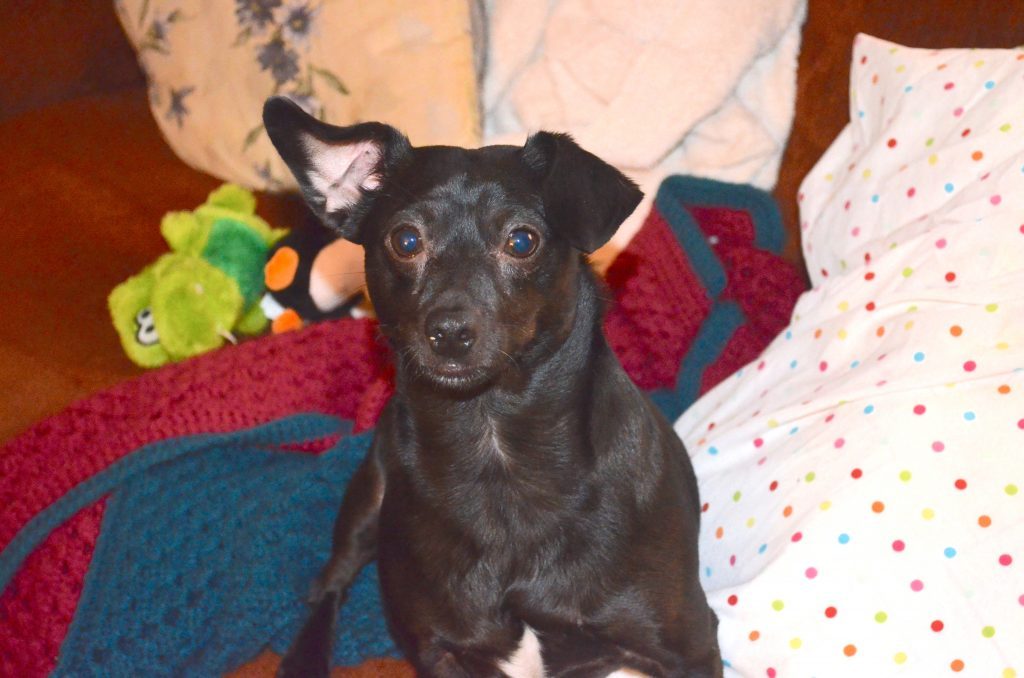 I am heartbroken as I write to you today. It’s only been two days since my family lost our dog, a lovable mutt (a rat terrier mix, we were told when we adopted him from a shelter) named Nathan. 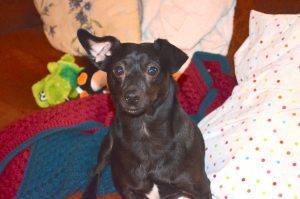 I know some might say, “He was a pet. Get another.” But I have found out you can’t replace one pet with another. Each is individual, just like people.

Just like people, Nathan brought out a lot of emotions in me. He had me laughing, crying, sighing in frustration, questioning and extending love and affection to this dog we had the fortune to live with for six short years.

I didn’t realize how much I would miss this small dynamo that would run to the back door when one of us would get home. Nathan adored my husband and would go from sleeping on the couch to full alertness, flying (almost literally) off the furniture and barking when Tim would pull the car in the driveway.

Nathan would encourage (read push me) to the back door so I could open it. If he had opposable thumbs, Nathan would have opened the door himself. When my husband walked in, Nathan would jump on him and get so excited. If he could talk, he would have been exclaiming, “You’re home! You’re home!”

My daughter and I received enthusiastic responses as well when we walked in–maybe not as exuberant as my husband’s welcome–but close.

I didn’t know my arms would feel so empty when I couldn’t snuggle with him anymore. Dogs are pack animals, and Nathan loved nothing more than snuggling up to one of us. He especially loved when all of us were in the same room together, because then he could take turns snuggling up to each one of us.

Nathan hated the noise of July 4th as did I, so we snuggled together. This year he had enough and just started barking at the people impertinent enough to keep blowing off those loud things.

I didn’t realize how much I would miss hearing him squeaking his toys as he played (or beat up, depending on his mood) with them. On more than one occasion I burst out laughing watching him play. At times, Nathan would also steal my daughter’s socks and bring them to his dog bed. I can’t tell you how many socks I had to dig out of his bed to wash them. I’d grumble, but really wasn’t mad about the situation.

Anyway, it turns out that poor Nathan had a large tumor on his stomach and the kind veterinarian told us, yes, he probably could be operated on, but that would only extend his life six to nine months and Nathan would be miserable the whole time.

We couldn’t do that to an animal we loved, so we made the hardest, saddest decision we had to make. We had to put Nathan to sleep and let him cross the Rainbow Bridge.

It was one of the hardest things we’ve ever done. The vet was wonderful and gentle with our Nathan. My daughter held him while the vet first sedated Nathan and then administered the drug that would take him away from us forever. It was peaceful and quick and left us crying and bereft.

I wish I had a good photo of Nathan to share, but I don’t, for several reasons. Partly, we got lulled into the false feeling he’d always be around. Second, he was such a ball of energy, it was a challenge to get him to sit still. (I say that with a hint of a smile, at the recollection.) Third, Nathan’s fur was jet black, with a lone white tuft on his chest—giving him that “tuxedo” look that doesn’t photograph well. So often, all-black dogs come out looking like silhouettes in photos.

Now the house is quieter and lonelier. I miss Nathan so much.

Will I ever open this broken heart to another pet? It’s too soon to say. If I do, I will adopt because both Nathan and our other pets were from shelters–dogs and cats that ended up there through no fault of their own.

In Nathan’s memory, we may make donations to Mutts of the Midway and Obi’s Pet Pantry.

Mutts of the Midway is foster based, so they don’t have a shelter. Their families foster dogs until their permanent homes are found. You may call them at (773) 234-8607, email them at [email protected] or visit muttsofthemidway.org.

I visited their site and was immediately attracted to Hank, a smiling German Shepherd-Rottweiler mix. This gave me hope that some day I’ll be ready to welcome another pet into the family.

Obi’s Pet Pantry is named after the family’s dear departed dog. They collect food and other pet items to aid those pet owners in need. If you want to learn more, donate items or receive items from the pantry, visit obispetpantry.org, email [email protected] or call (773) 680-5819. They are locally based, and you can find them easily.

If you have pets, give them an extra hug tonight. Tell them Nathan sent you.