Skip to content
July 24, 2022/Comments Off on Area Sports Roundup: Marist and R-B alums caught up in the draft 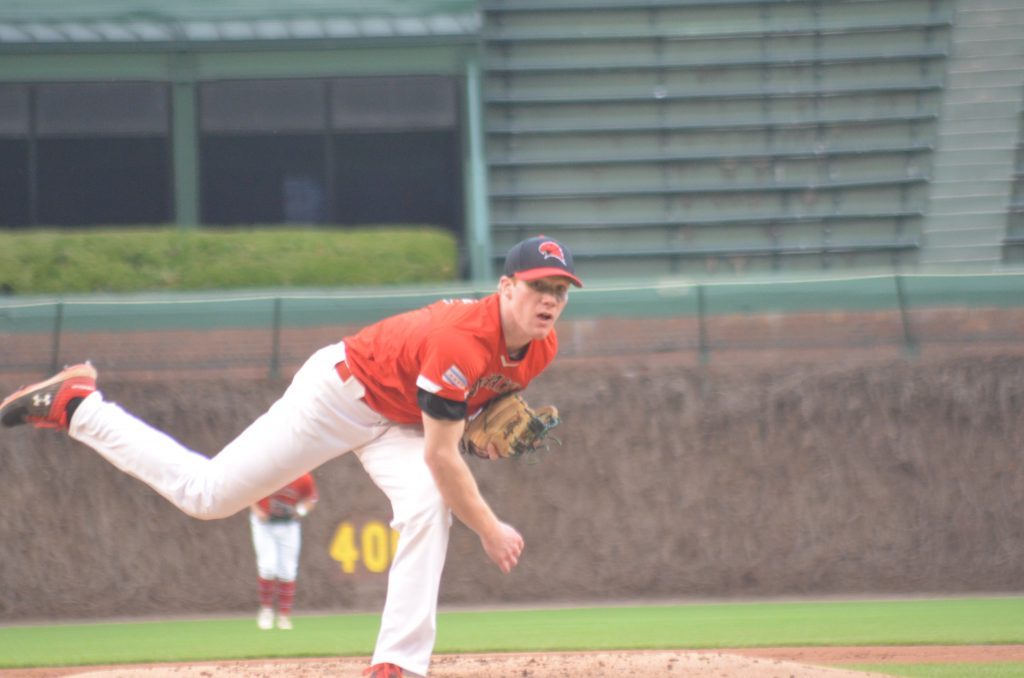 Orland Park's Jack Brannigan, shown pitching for Marist in a rare high school game at Wrigley Field in 2019, hopes to play in a major league park soon as he was drafted in the third round by Pittsburgh. Photo by Jeff Vorva

Area Sports Roundup: Marist and R-B alums caught up in the draft

Marist and Riverside-Brookfield baseball fans were likely beaming with pride during this year’s Major League Baseball draft, which concluded July 19.

Both schools had a pair of ex-players drafted.

A look at who went where for the RedHawks and Bulldogs: 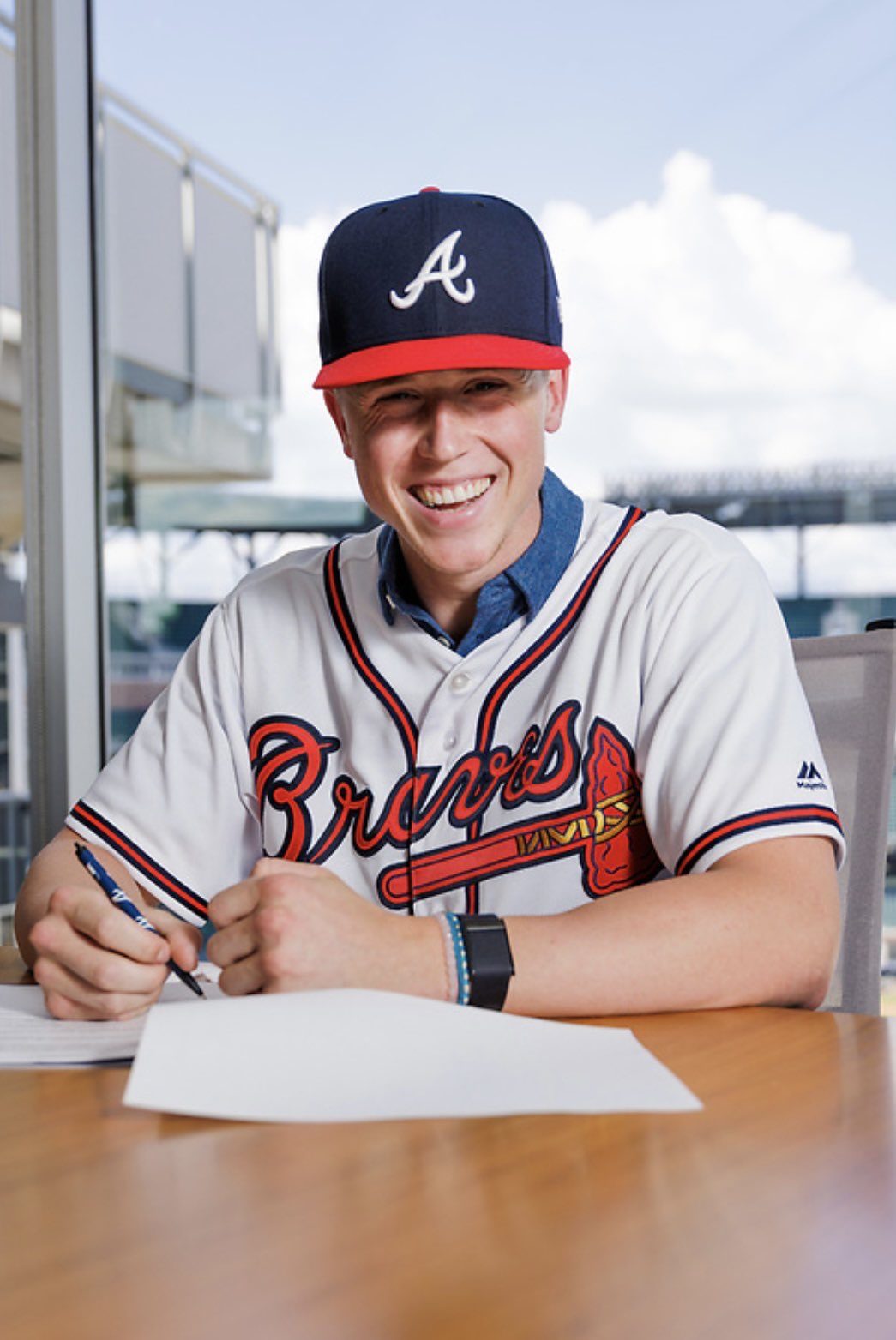 Riverside-Brookfield grad Owen Murphy signs a contract with Atlanta after he was drafted in the first round by the Braves. Photo courtesy of Atlanta Braves

— R-B’s Owen Murphy, who wrapped up his senior season this spring, was set to play college ball at Notre Dame, but instead was chosen in the first round (20th overall) by Atlanta (20th overall). He inked a deal with the Braves that includes a $2.56 million signing bonus.

Murphy had a magnificent senior year, hitting .548 with 18 homers and 75 RBI. While it appeared he might try to try to be a two-way player, a la Los Angeles Angels star Shohei Ohtani, Murphy will likely stick with pitching. He was 9-0 with an 0.12 ERA and 137 strikeouts this season.

“I want to play professional baseball, so saying goodbye [to Notre Dame] will be hard,” Murphy told reporters after he signed. “But I think I’m going to be able to do it.”

— Former R-B standout Ryan Cermak, a third-year sophomore outfielder at Illinois State, was picked by Tampa Bay in the second round (71st overall) after a spring in which he hit .340 with 19 homers and 43 RBI, and was an all-Missouri Valley Conference defensive first-teamer for the second year in a row.

“It’s a dream come true and a tremendous honor to be drafted,” Cermak said in a news release. “I am grateful for my parents, coaches, trainers and teammates who helped me get to this point.”

— Marist grad Jack Brannigan, an Orland Park native and junior at Notre Dame, was taken in the third round by Pittsburgh (83rd overall) and signed a deal with the Pirates.

For now, the Pirates are willing to let him try to be a two-way player. The third baseman/pitcher hit .291 with 12 homers and 46 RBI for the Fighting Irish, while making 11 appearances on the hill (10 in relief) and picking up two saves and 28 strikeouts in 14 2/3 innings.

“I played the field my whole life and I started taking up pitching a few years ago,” he told reporters in Pittsburgh after he signed. “I just want to help the organization succeed.”

— Marist alum Justin Janas was picked by the Braves in the 12th round (365th overall).

The left-handed hitting sophomore infielder from Illinois hit .361 with six homers and 37 RBI. He also racked up 25 walks and was hit by a pitch 23 times. He hits .391 in 2021 to win the Big Ten batting title.

She takes over for Matt Nelson at the Division II school in Romeoville. Nelson was 16-15 in his lone year at the helm of the Flyers, and said he left to spend more time with his family.

Newell is the 15th coach in Flyers history.

“The tradition of the women’s basketball program is one of excellence both on the court and in the classroom,” Newell said in a news release. “My family and I are excited to be a part of the Flyer family.”

By HANNAH MEISEL Capitol News Illinois hmeise[email protected] SPRINGFIELD – People who’ve been subject to fingerprinting, face or retinal scans as either employees or customers of Illinois companies have five years to file lawsuits if they believe the business violated a stringent state privacy law, the Illinois Supreme Court ruled this week. It’s the latest in…

By PETER HANCOCK Capitol News Illinois p[email protected] SPRINGFIELD – The Illinois State Board of Education announced Tuesday that Elgin-based School District U-46 Superintendent Tony Sanders will become the next state superintendent of education. Sanders, 53, will succeed Carmen Ayala, who announced in November that she would retire effective Jan. 31. ISBE said Sanders will take…