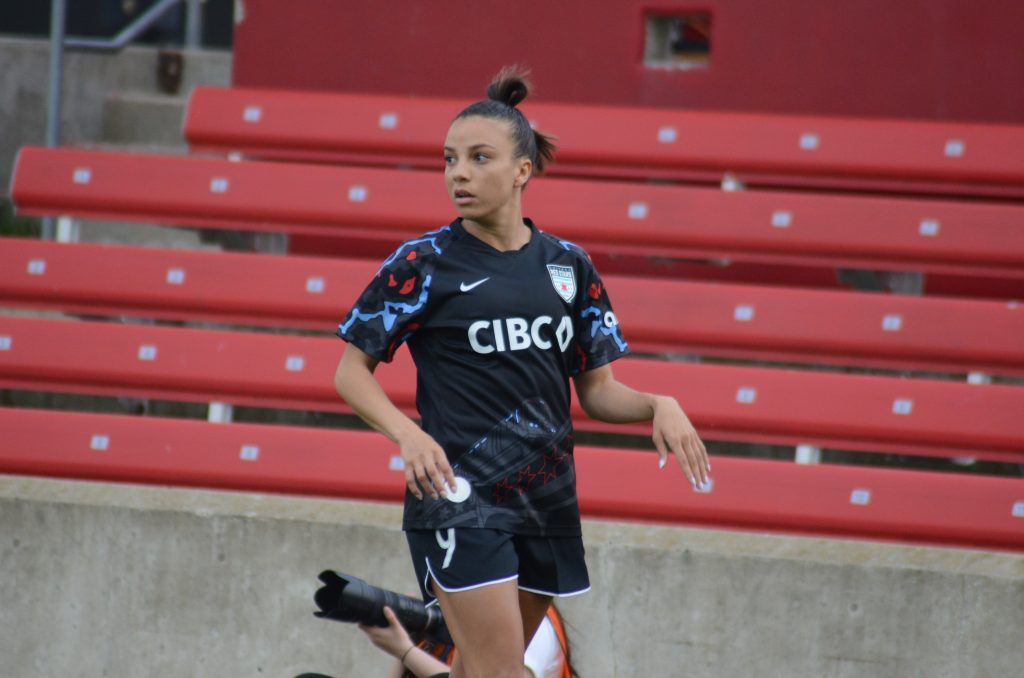 Mallory Pugh is third in the NWSL in goals with six in seven games. The Red Stars host NWSL leader San Diego at Soldier Field on Saturday. Photo by Jeff Vorva

Two of the three best goal-scorers in the NWSL were teammates for most of July as members of the United States Women’s National Team.

Now they are back in the league after leading their country to a Summer Olympics bid, and will face each other right off the bat in a battle that has the potential to change things at the top of the standings.

Alex Morgan of the league-best San Diego wave leads the NWSL with 11 goals, while Chicago Red Stars forward Mallory Pugh is third with six, despite both players missing a handful of league games while playing for the red, white and blue.

San Diego visits the Red Stars at 7 p.m. Saturday at Soldier Field in the Stars’ only home game away from SeatGeek Stadium this season. It’s a part of a pro-soccer doubleheader, with the MLS’s Chicago Fire opening the action against Atlanta United at 4 p.m.

The Wave is an expansion team that has done just about everything right this year, racking up a 6-3-4 mark and 22 points, good for first place. The Red Stars are not far behind in third at 5-2-5 and 20 points.

Morgan is a world-class player, to be sure, but never has had a season like this. Her 11 goals in 10 games is off the charts. Even in college, she didn’t have numbers like that, as she scored 45 goals in 67 appearances for Cal. 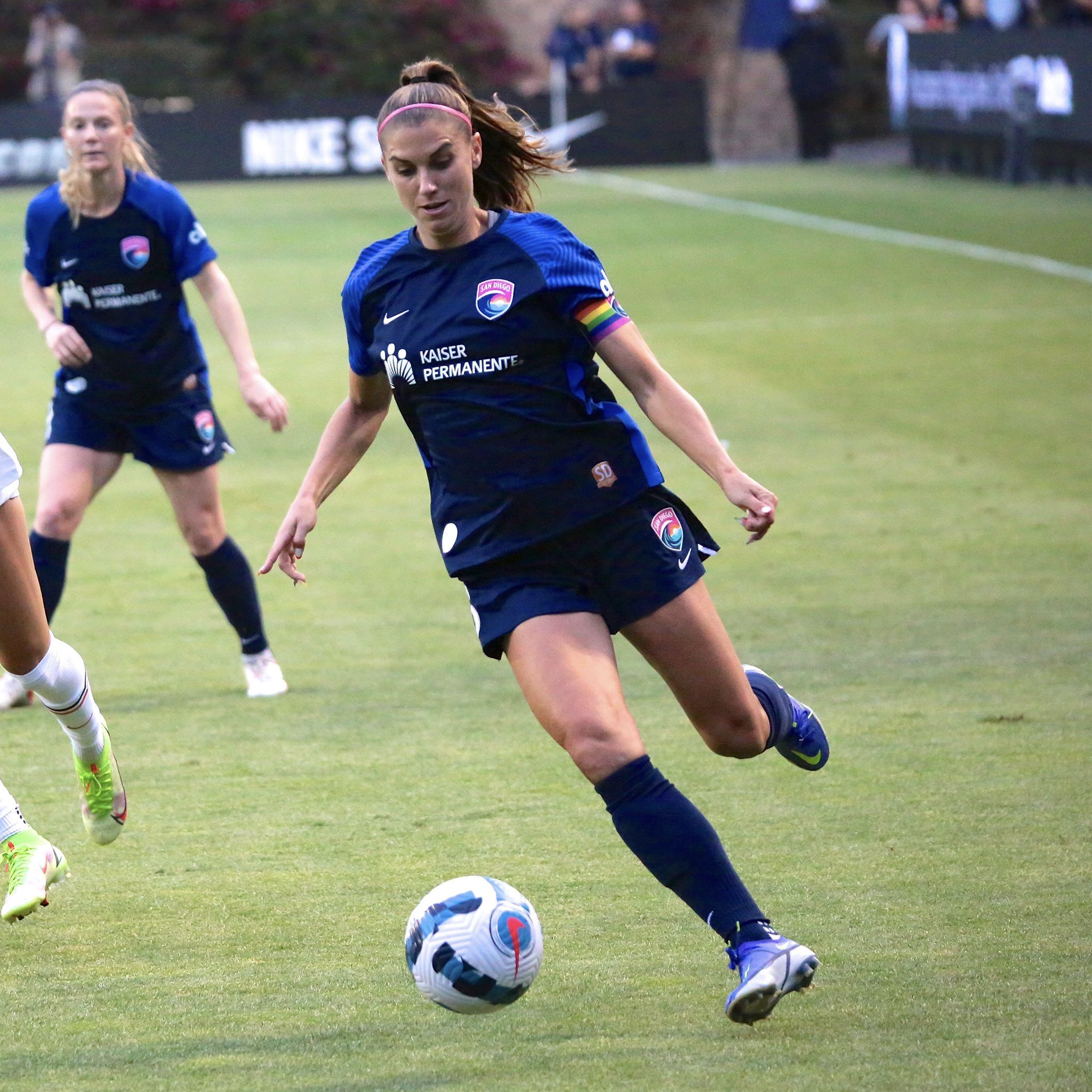 San Diego’s Alex Morgan leads the NWSL with 11 goals and the Wave faces the Red Stars at Soldier Field on Saturday. Photo courtesy of the San Diego Wave

Pugh has six goals in seven games after coming into the season with 10 career goals in 40 appearances in NWSL play. She hasn’t been this red-hot since scoring 15 goals in 12 games for the United States U17 team in 2013-2014.

The U.S. won an Olympic bid for the 2024 Games in Paris after winning the CONCACAF W championship with a 1-0 victory over Canada on July 18, with Morgan scoring the lone goal. In the final round, the U.S. went 5-0 with five shutouts, with Red Stars goalie Alyssa Naeher notching two of them, including the victory over Canada.

San Diego is one of just two teams to beat the Red Stars this season, winning 2-1 in California on May 15. Morgan scored in that game, and Red Stars rookie Ava Cook scored her first NWSL goal.

Fire returns to the Geek
The Chicago Fire return to SeatGeek Stadium for two MLS games this season when Soldier Field will be unavailable because of Bears games.

Per the lease agreement with Soldier Field, the Fire can not play games at the venue within five days of a Bears home game. The Bears are scheduled to play regular season games at Soldier Field on Sunday, Sept. 11 and Thursday, Oct. 13.

For the change-of-venue matches, season ticket holders will receive vouchers on their Chicago Fire FC accounts. These can be applied toward the matches at SeatGeek Stadium or another match at Soldier Field for the 2022 season only.

Tickets were scheduled to go on sale to the general public on Wednesday through Ticketmaster. Single-game customers who previously purchased tickets through Ticketmaster will receive a refund and can purchase new tickets for the rescheduled matches. All other customers should contact their point of purchase for information regarding their tickets.

The Fire played in Bridgeview from 2006-2019 and owned a 101-54-74 home record in that span. Since the Fire left town, they returned to Bridgeview once, on Sept. 29, 2021, because of a Bears conflict. In that match they knocked off New York City FC 2-0 and despite the triumph, the team fired coach Raphael Wicky hours after that contest.

Fire II back to work

After a week off, the MLS NEXT Pro league’s Fire II visit Rochester at 6 p.m. Saturday. The team will spend some time on the road before returning to Bridgeview on Aug. 20 against New York City.