A 15-year-old Chicago Lawn girl was shot in the head and killed by her 20-year-old brother as he reportedly assembled a ghost gun in the family’s third-floor apartment in the 2400 block of West Marquette Road.

Shaniya Daniels was struck in the forehead by a bullet at 6:49 p.m. Tuesday, July 26. She was taken to Comer Children’s Hospital, where she was pronounced dead at 7:26, according to the Cook County Medical Examiner’s Office.

Ghost guns are firearms made by 3D printers or by any means other than a licensed firearms manufacturer. They typically come in assembled and are referred to as ghost guns because, not having registered serial numbers, they can’t be traced by law enforcement agencies.

Authorities said the killing appeared to be an accident, and Lawrence C. Daniels was charged with involuntary manslaughter. 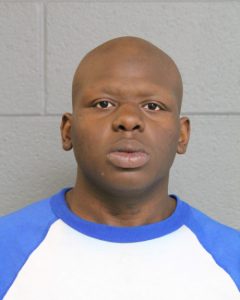 Bond was set at $50,000 by Judge Charles Beach, and Daniels remains in the custody of the Cook County Department of Corrections. His next court date is set for Thursday, Aug. 18.

Authorities did not say why Daniels was in possession of a ghost gun.

According to published reports, Daniels initially denied shooting his sister, but later admitted it and expressed remorse. Police recovered the ghost gun outside the apartment building, at ground level, after a caller to 911 reported seeing a bag dropped out of a third-floor window.

Police tested the ghost gun and said it matched a shell found in the bedroom where the shooting occurred.

According to public records, Daniels has been arrested seven times by CPD since 2020 on charges that included assault, theft, criminal damage to property, domestic battery and obstructing identification.

At a bond hearing, Daniels’ attorney reportedly said his client is a “very affable young man who tries to please everyone.”