Skip to content
August 11, 2022/Comments Off on Campaign 2022: Garfield Ridge man to run for state senate

As it turns out, Democratic state Senate candidate Mike Porfirio looks like he will face a Republican challenger in November’s general election.

Porfirio, a Lyons Township trustee, had filed to run for the 11th Illinois Senate seat on the same day incumbent Sen. Steve Landek withdrew from the race.

There was no Republican candidate on the June 28 ballot. 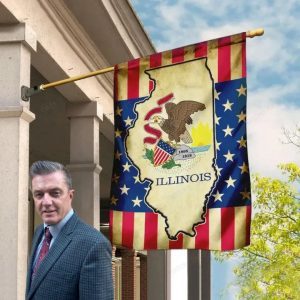 All that changed last week when Cook County and Chicago Republican leaders filed petitions to run a candidate in the 11th Senate race and dozens more in races that the GOP had left vacant including all of the top Cook County posts.

Garfield Ridge resident Thomas “Mac” McGill is the Republican who filed to challenge Porfirio in November. He’s a former Cook County Sheriff’s Police investigator, according to his Twitter account.

Positioning himself as a pro-police candidate, McGill told the Clear-Ridge Reporter he plans to use his campaign to focus on four specific pieces of legislation:

McGill said he will speak in greater details about the bills in the weeks ahead.

Some other local folks also filed to run in November.

Two of the Republican candidates at the county level are former Democrats. Former Chicago alderman and frequent candidate Bob Fioretti will now carry the Republican banner in the race for County Board president. He unsuccessfully challenged Toni Preckwinkle in the past as a Democrat.

Another former Dem joining Fioretti on the Republican slate is a veteran of county politics, attorney Tony Peraica. He filed to run for Cook County clerk and against incumbent Karen Yarbrough. He’s the former Cook County Commissioner for the 16th District. He lost the seat in 2010 to Jeff Tobolski.

The party recruited candidates and collected over 8,000 signatures in just a 16-day period.

“We are very proud of the efforts of our candidates and volunteers who stepped up to collect over 8,000 signatures in just 14 days to place the largest number of Republican candidates running in Cook County in more than a generation. Cook County voters are demanding a choice at the ballot box. They will now have a clear choice in November,” stated Cook County GOP Chairman Sean Morrison in a release.

“We believe the citizens of Cook County should be given a choice and let them decide,” he added.

He did not respond to phone calls or emails asking for further comment.