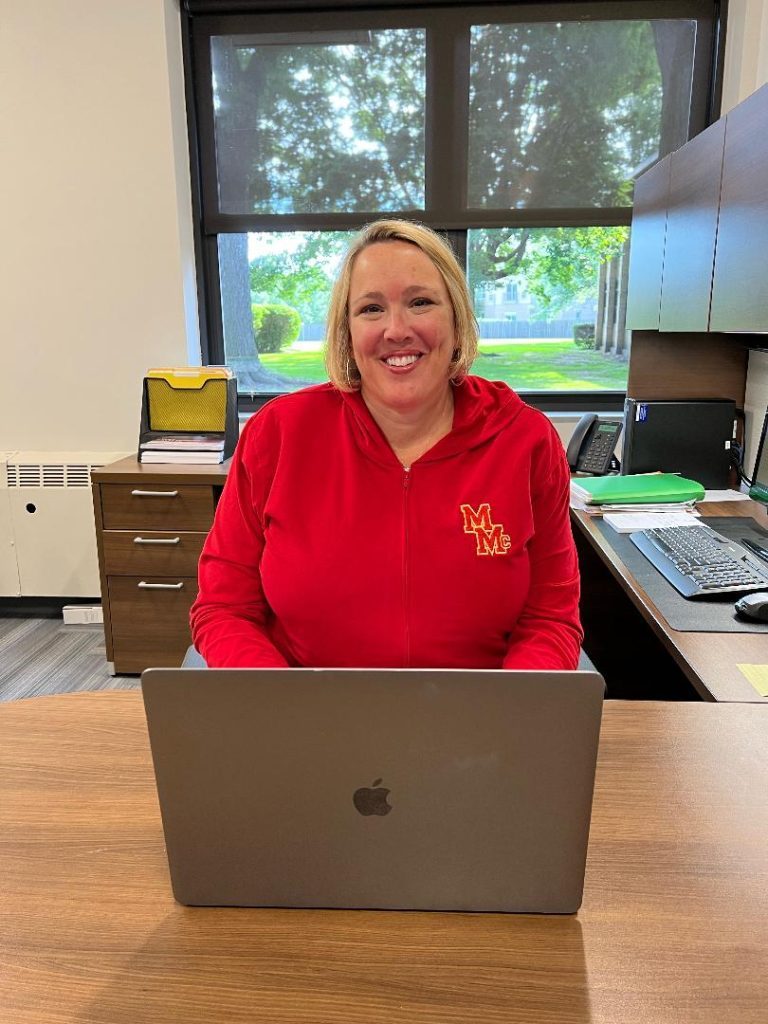 Dr. Kathryn Baal, an accomplished transformational educational leader who is known for influencing others and inspiring action to make change happen within schools, has taken on a new role on Chicago’s South Side.

“It is an honor to be chosen to serve as the principal at Mother McAuley,” Baal, of Chicago, said. “I stand on the shoulders of so many who have come before me and who lead currently within the school.”

Baal, who grew up in Beverly and attended St. Mary’s College, Notre Dame, Ind., where she majored in biology and minored in chemistry and math, was a member of the first class of ACE (Alliance for Catholic Education) at Notre Dame, where she received her MAT. ACE is a two-year program where you work in Catholic schools throughout the United States for two years and also earn a graduate degree at the same time. From there, she went on to obtain her doctorate from Loyola University of Chicago.

With an extensive education backgrounding teaching primarily science and some math at both private and public schools for close to 20 years, Baal served as the Science Department Chair at Downers Grove North High School. She was also a principal at both Loyola Academy and Marist High School.

“The ability to work with a single gender population of adolescents is something that is new for me and distinct to the work we are doing at McAuley,” Baal said. “I have spent my career in coed schools, but being able to lead in an environment where you are working to empower young girls to become their best selves is an amazing gift.”

Baal said attending an all-women’s college allowed her personally to step outside of her comfort zone and take risks.

“I believe McAuley is doing the same for their young women,” Baal said. “Allowing these ladies to flourish in a Catholic environment that embraces the uniqueness of every girl while striving to provide opportunities to elevate them to be the faith-filled leaders at all tables makes McAuley a special place. Our goal is to provide the best environment for our girls to learn, grow and develop while creating relevant and powerful advantages for them both in the present and the future.”

Baal’s mother, aunts, sister and cousins attended McAuley. She also had a great aunt, Sister Mary Lourdine, who served as a Sister of Mercy for more than 80 years with many of those years spent with the McAuley community. Additionally, as a graduate of Christ the King, Baal was educated by many Sisters of Mercy who worked at Christ the King.

“McAuley has a long tradition of excellence that permeates in all aspects of the school and in the standards they set forth,” Baal said. “The Mercy mission and Sisters have been a part of my family history for almost a century and being able to serve and lead in a place that has shaped my faith and my values means much to me. I am grateful for this opportunity and for the ability to share the Mercy mission and message with others.”

Baal said the McAuley community has welcomed her with open arms.

“Everyone has supported me throughout my initial transition,” Baal said. “It is easy to see the mission in action as you meet the people who work and serve in all different capacities at McAuley. The students are at the forefront of everyone’s mind, and I love that the girls’ best interest are being served in all aspects of the community.”

Baal’s plan as principal is to listen and learn, but also get to know the people and the traditions that make McAuley special.

“Having only a month under my belt, it is hard to state a plan, yet, but for now my plan is to welcome faculty and staff back to school and come to know them and the gifts they bring to the community, and also come to know the young women who make our building come to life,” Baal said. “In time, once relationships are built and stories are shared, I am confident the plan will unfold.”

Baal replaces Eileen Boyce as principal. No reason was given for her departure.

Classes will resume with freshmen orientation on Friday, August 19. All students return to classes on Monday, August 22, on a shortened schedule.