Skip to content
August 22, 2022/Comments Off on Flood relief coming to neighborhood in La Grange Highlands 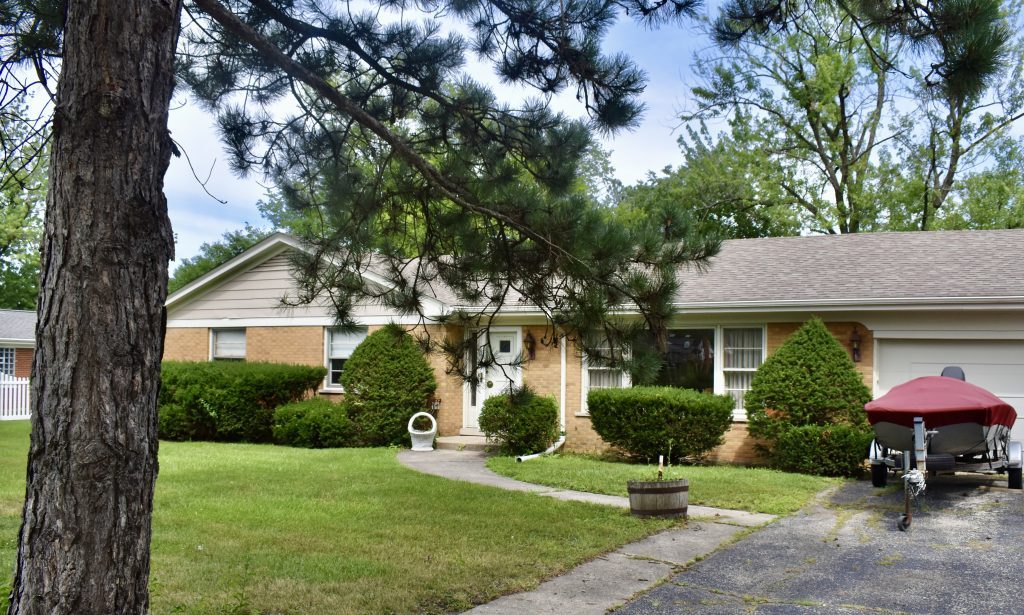 This house in the 6200 block of Linden Lane will be demolished to create a detention pond to help alleviate flooding in the neighborhood, Township of Lyons officials said. (Photo by Steve Metsch)

Roughly 15 homes in the Acacia Acres subdivision of the La Grange Highlands are expected to get flooding relief thanks to a $1 million grant from the Metropolitan Water Reclamation District to the Township of Lyons, officials said.

The money will be used to acquire one home, replace it with a detention pond, and install a drainage system.

“And another eight or nine take on water and get pretty close to (flood waters) getting into the homes,” McDermott said at the township board’s Aug. 9 meeting.

Building the detention pond, along with installing drainage lines leading to it, “would significantly alleviate flooding in that unincorporated area,” McDermott said.

The township will pay for engineering and legal fees, McDermott said.

McDermott said the owner of a ranch house in the 6200 block of Linden Lane has agreed to sell, making room for the detention pond after the house is demolished.

Regarding the plan, Trustee Donna McDonald said, “sounds like they’re on the right track.

There’s no estimate on how long the project will need to complete. Talks began two years ago with the MWRD, McDermott said.

Getty credited McDermott for pursuing and acquiring the grant from the MWRD.

Had the homeowner decided to not sell his house, the project would have stalled, Getty said.

In other business, the township board is moving its November meeting to a new date.

The board usually meets on the second Tuesday each month. But Tuesday, Nov. 8, is Election Day.

Getty suggested the board instead meets at 6 p.m. Nov. 14. Trustees unanimously agreed.