Skip to content
August 30, 2022/Comments Off on Stagg, Sandburg students honored for powerlifting 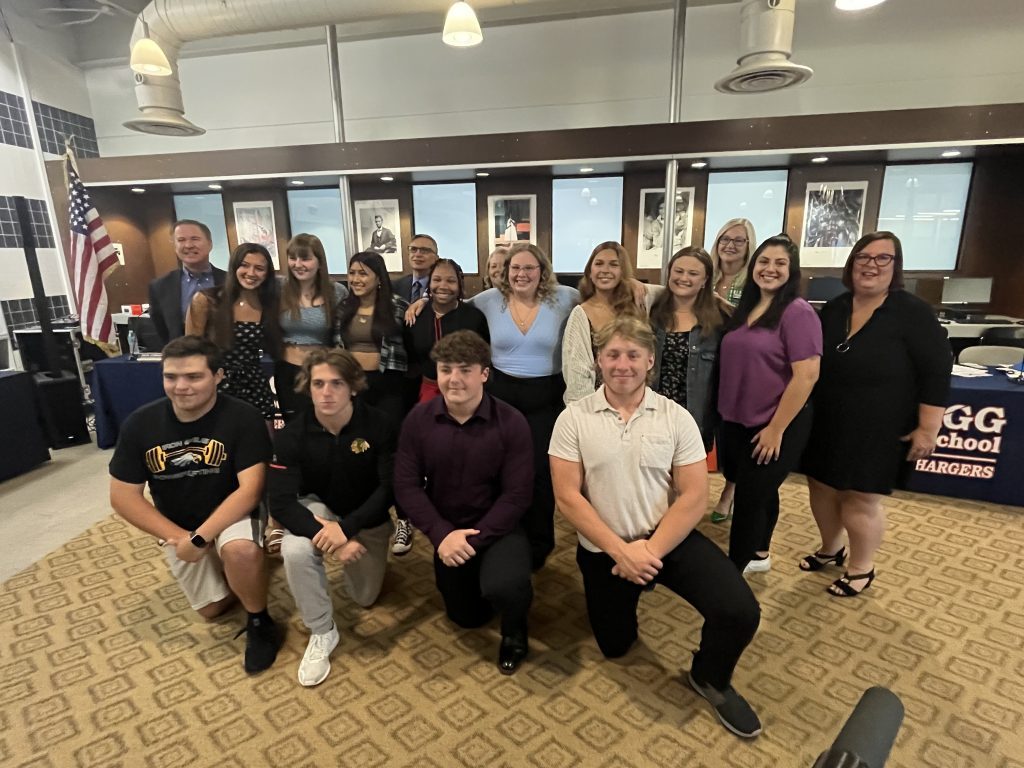 Members of Sandburg's powerlifting team pose with District 230 board members on Aug. 25. (Photos by Jeff Vorva)

Stagg and Sandburg students made powerful statements at the first Consolidated High School District 230 meeting of the new school year.

Board members honored the two schools’ powerlifting teams at the Aug. 25 meeting at Stagg High School in Palos Hills.

Stagg Principal Eric Olsen told the board members they should attend a powerlifting meet.

“Certainly, everyone has a vision on what a powerlifter is,” Olsen said. “But I have to tell you that your vision would not exactly be correct. Go to a powerlifting event. It’s the most inspirational event you have ever seen.

“Students of every size, shape and stature can be a part of powerlifting. And everyone, no matter what school you are at, cheers you on. Ultimately, they really do believe in the individual success of everyone, and it doesn’t matter what school that you come from. It’s something I found moving.”

“We basically hope every day at Sandburg to learn, grow and inspire,” he said. “I can’t think of a group that embodies that more fully than our powerlifting group. They are learning about the body and sports science. They apply those things, and they apply to growth. They support each other and that applies to inspiring.”

Dan Carrier and Jim Zimmer are the coaches.

Stagg’s girls team placed second and the boys team third in the state meet, which was held in late May.

Danielle Doidg is the coach.

Good start to the new year

Unlike 2020 and 2021, the beginning of the school year was not filled with the controversy about COVID-19 mandates, masking, remote learning and other issues.

“I think I can speak for a lot of, if not all of, our staff members, administration and support staff of how we felt during the challenges we had in the last couple of years and we had a very good opening to the school year this year,” Nolting said.

“We still had somewhat of a hangover from the pandemic as it relates to transportation, and we will work through those as well. But everything else, we’ve been really happy with.”

The board approved to issue $12,125,000 working cash fund bonds for costs of classroom and other additions to Stagg.

“The classrooms and workspace in this building are much needed,” School Board President Tony Serratore said. 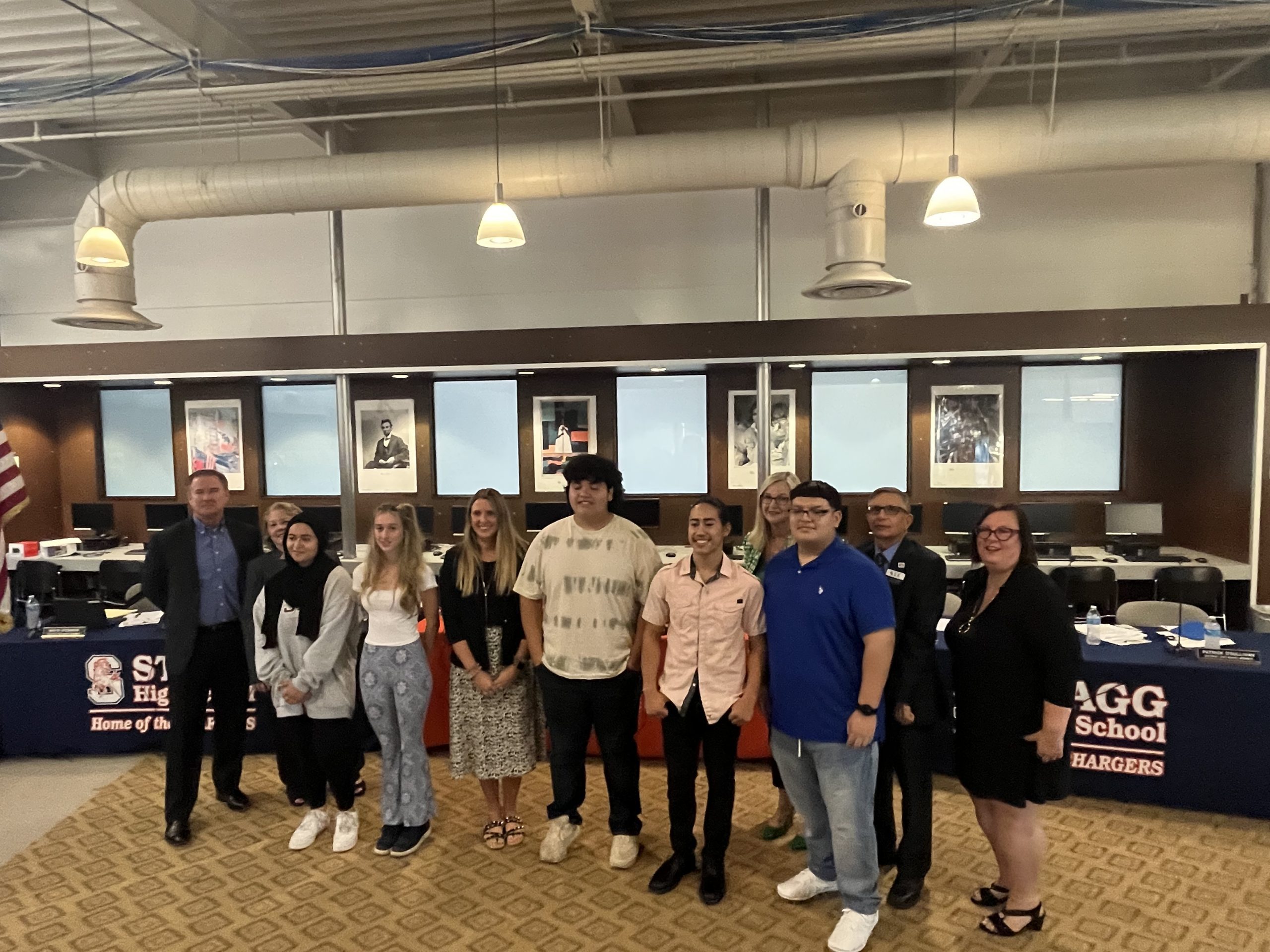 Members of the Stagg Powerlifting team pose with District 230 board members on Aug. 25.