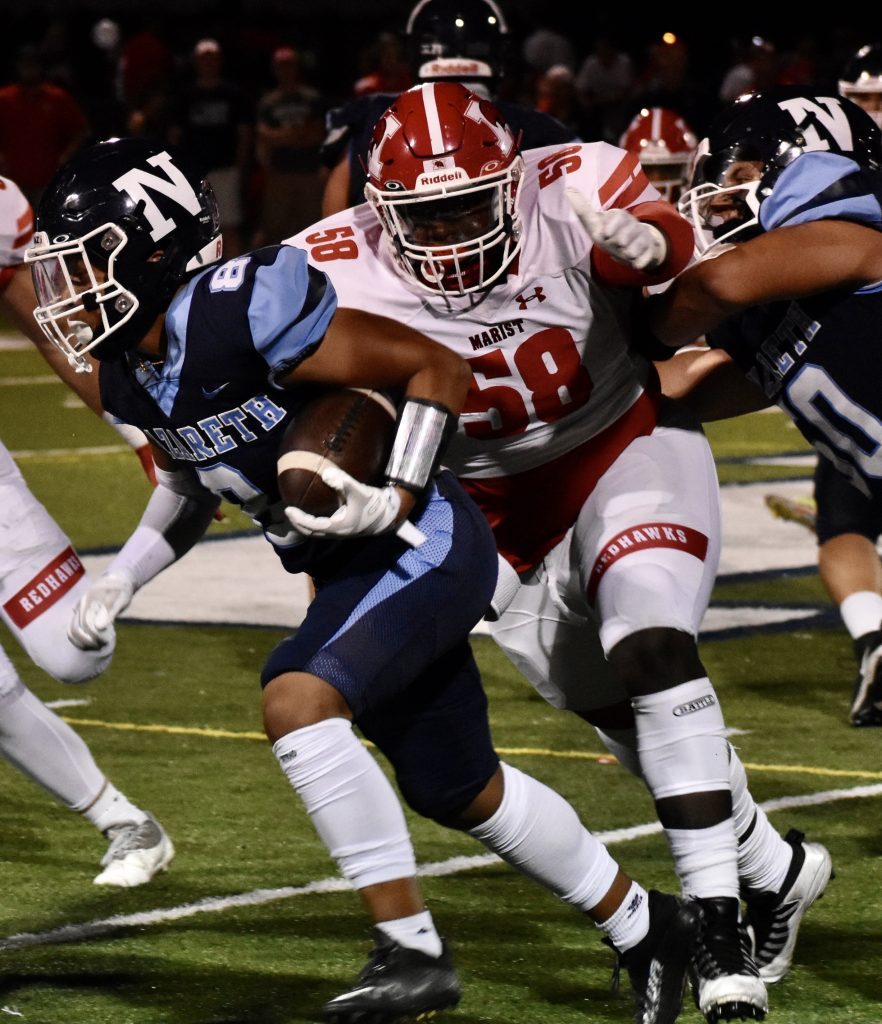 After being blown out by 28 points on their home field, one might think the Nazareth coach Tim Racki would be frustrated.

Racki was pleased by the Roadrunners’ refusal to back down despite trailing Marist 24-3 at halftime in their Week 3 game Sept. 9. Nazareth held the RedHawks to seven points in the second half in a 31-3 loss.

“They’ve got a lot of great football players on that team,” Racki said. “You can say, ‘Oh, boy, we got killed tonight.’ Or, you can say ‘It’s a loss. It’s the first third of the season.’

“I saw growth tonight that will help us. We’re a young team, but you grow up fast in this conference.”

RedHawks coach Ron Dawczak was not entirely pleased with his team’s performance. He told his team afterward they need to play a full with the same urgency for all 48 minutes.

“We got sloppy in the second half, but I’m proud of the way they came together, refocused, came on strong.” Dawczak said. “We’ll enjoy this one for 24 hours, then move on to next week.”

Marist plays at Mount Carmel at 7:30 p.m. Friday in a battle of Chicago Catholic League/East Suburban Catholic Conference heavyweights in the Blue division opener for both teams. 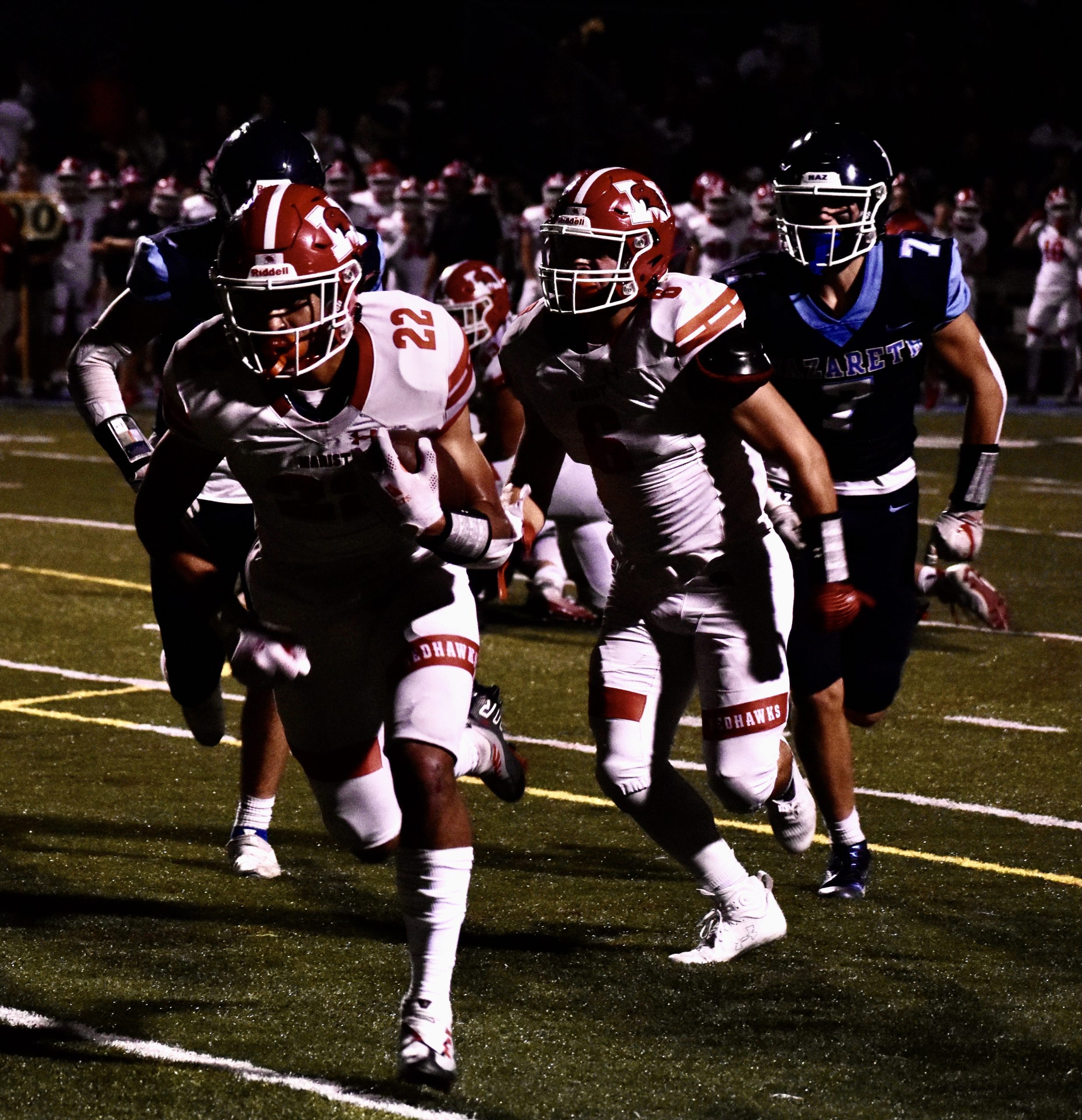 Marc Coy rambles 10 yards for a touchdown during Marist’s 31-3 win at Nazareth on Sept. 9. Photo by Steve Metsch

A balanced attack fueled the RedHawks offense. Four players scored touchdowns, and Marist had 222 yards passing and 125 yards on the ground.

RedHawks senior quarterback Dermot Smyth opened the scoring when he zipped a TD pass 19 yards to senior tight end Scottie Rybak at 9:35 of the first quarter.

They followed that on their next possession with a 5-yard touchdown run by senior running back Chris Lofgren.

An interception by senior defensive back Jake Stefanos on the Roadrunners’ next play from scrimmage put Marist at the host’s 43-yard line. Seven plays later, junior Kamil Kokot kicked a 29-yard field goal for 17-0 lead.

“We spread the ball around a lot,” Coy said of the RedHawks.

The Roadrunners moved from own 11-yard line to Marist’s 9-yard line in just 1:36 on their ensuing possession, and Zach Hayes kicked a 26-yard field goal as time expired in the first half.

Marist closed the scoring at 6:38 left in the fourth quarter with an impressive run after catch by Mike Donegan. The senior wide receiver caught a pass from Smyth about 10 yards from the line of scrimmage, then wriggled away and raced past several Nazareth defenders for 46-yard touchdown.

“They got the win, but in the long run I think we’ll be good,” said Nazareth sophomore quarterback Logan Malachuk, who finished 17 of 34 for 216 yards.