Martin Franek, of Oak Lawn, and his partner dance to the sounds of Electricland during the village’s Fall Music Festival. (Photos by Dermot Connolly)

A little rain on Sunday afternoon was the only damper on Oak Lawn’s three-day annual festival, which was renamed Oak Lawn Fall Musical Festival this year.

Fifteen of the top local bands, from American English to Radio Ga-Ga, played a variety of music genres on three stages over the three days from Sept. 9-11. 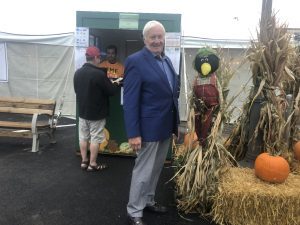 Oak Lawn Mayor Terry Vorderer was pleased with the turnout for the village’s Fall Music Festival, formerly known as Fall on the Green.

The fest, formerly known as Fall on the Green, was renamed this year, and the focus was shifted to the music, with attendance limited to those over under 21 unless accompanied by family members.

Oak Lawn officials, including members of the Arts and Events Commission, said the change was made to curb problems with violence that occurred last year at the event traditionally held on the second weekend of September. In past years, the festival included less music and more bounce houses and other games suitable for children. But most people seemed happy with the change.

“It’s easier this year to control things. Last year, there were some problems,” said a member of the Arts and Events Commission watching the crowds grow on Saturday afternoon. The festival area this year, mainly located in the parking lot east of the village library at 95th Street and Cook Avenue, was fenced off along 95th Street with entrances monitored.

Martin Franek, of Oak Lawn, was there Saturday afternoon, dancing to music by Electricland with his partner who declined to give her name.

“We like it a lot this way. We usually come every year and we’ll be back on Sunday, as long as the weather is OK,” said Franek. His only complaint was that the main stage was no longer shaded by the library, when it was moved farther east.

The other stages were in the beer tent and on the pavilion in the adjoining village green.

“But there is more room for dancing,” he said with a smile.

Shamus and Harshaa Kennedy, visiting the area from Connecticut, just stopped in on Saturday when they heard the music.

“It seems like a great festival. We’re enjoying it,” said Shamus.

Debbie and Scott Casner, who have lived in Oak Lawn for 34 years, said they were glad they continued their tradition of coming, no matter what the fest was called. 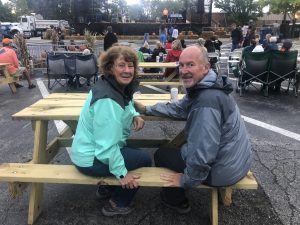 Debbie and Scott Casner, longtime residents of Oak Lawn, were happy with the changes made to the village’s annual fest, now known as the Fall Music Festival.

“The music is great, as usual, and this setup is good, too. Everything isn’t crammed together, with the vendors on one side and the stages over here,” said Scott.

“It has been great so far. The place was packed last night,” said Mayor Terry Vorderer on Sunday evening, just before he and Trustee Paul Mallo (3rd) introduced the last band, Radio Ga-Ga, on the main stage.

“I really happy with the new format, with the focus on the music,” said Mallo, the Village Board liaison to the Events Commission.

“Of course, you will always get some complaints,” said Vorderer, referring to parents who said they were no longer able to drop their kids off at the fest.

During his introduction on Sunday night of headliner Radio Ga-Ga, known for playing songs by Queen and Lady Ga-Ga, Vorderer noted that it was the 21st anniversary of the 9/11 terrorist attacks.

The crowd cheered when he asked them to remember the first responders and military veterans. “We wouldn’t have the country we have without them,” he said.

The only real complaint heard was about increased food prices over last year.

“It is always a fun event. The music was great but prices really went up,” said a man who identified himself as Jim, from Evergreen Park, as he left on Sunday. “I had a nice 10-inch Italian sausage but it wasn’t really worth $15.” 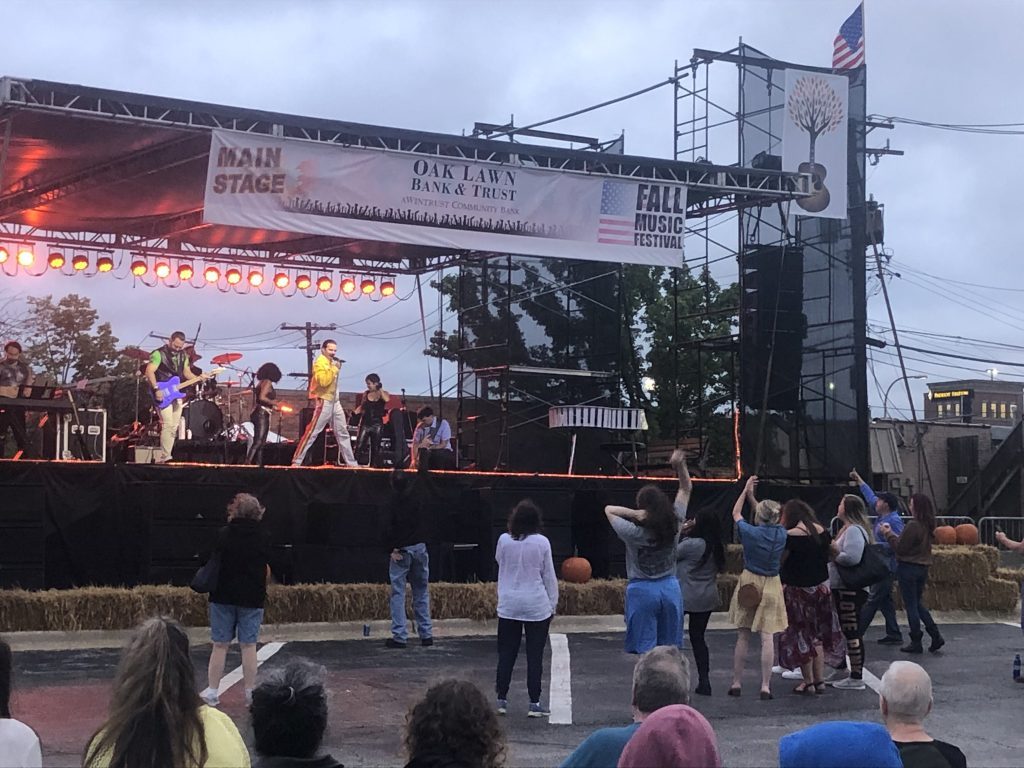 By HANNAH MEISEL Capitol news Illinois [email protected]newsillinois.com SPRINGFIELD – Exactly 38 months after the World Health Organization declared COVID-19 a global pandemic, Illinois will no longer be under a disaster proclamation as of May 11, Gov. JB Pritzker announced Tuesday. That’s the same day President Joe Biden will end the national public health emergency, which…