Skip to content
October 5, 2022/Comments Off on Orland Park board room ready to go high-tech 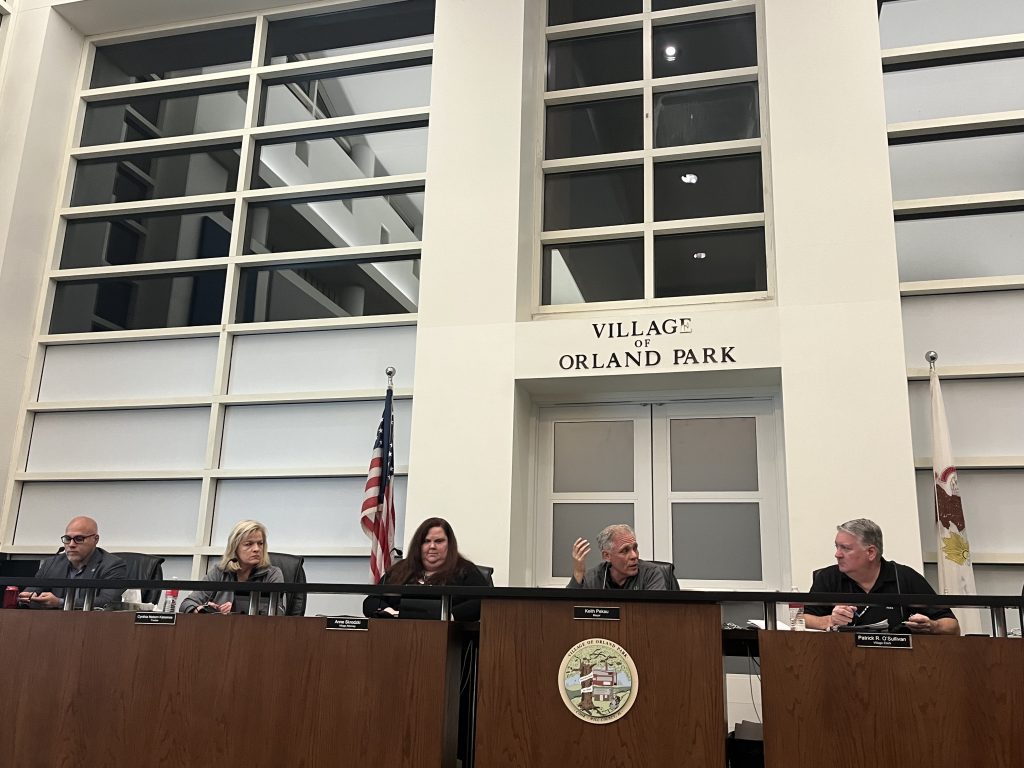 Orland Park board members get ready to wrap up Monday's meeting at Village Hall. Come late November or early December, the board will return to a revamped board room with high-tech improvements. (Photo by Jeff Vorva)

The next time the Village of Orland Park Board of Trustees meet in the Village Hall chambers, things are going to look a lot different.

We’re not talking about a fresh coat of paint and some new furniture. We’re talking some design changes complete with high tech whistles and bells.

In the meantime, the Oct. 17, Nov. 7 and possibly the Nov. 21 meetings will be held in the training room at the Orland Park Police Station, 15100 S. Ravinia Ave.

When the trustees come back, the digs will look a lot more modern.

“We’re really ramping up the [audio-visual] stuff,” Village Manager George Koczwara said after Monday night’s meeting. “There will be cameras and monitors. There will be monitors behind the board and the trustees will see monitors in the back of the room.”

Public Works Director Joel Van Essen said the longtime carpet in the board room will also be removed and joked people could buy pieces of it as a keepsake.

He said the lighting will be better. Currently, the sunlight comes through in the beginning of many meetings in the spring, summer and fall, but the room darkens toward the end of those meetings.

Mayor Keith Pekau and the board are on the same page criticizing the state’s Safety, Accountability, Fairness and Equity-Today Act, more commonly known as the SAFE-T Act.

It’s been a hot-button topic during this election cycle and critics say it gives major leniency toward criminals. The trustees unanimously passed a resolution denouncing the act and imploring state leaders to rescind it before it takes full effect on Jan. 1.

Pekau and Orland Park Police Chief Eric Rossi will be hosting a pair of informational meetings with businesses and the public about the SAFE-T Act.

The meetings will be held at 10 a.m. and 6 p.m. on Tuesday, Oct. 11, in the Orland Park Civic Center. The public is invited to both, but the 10 a.m. meeting will be geared more toward the businesses.