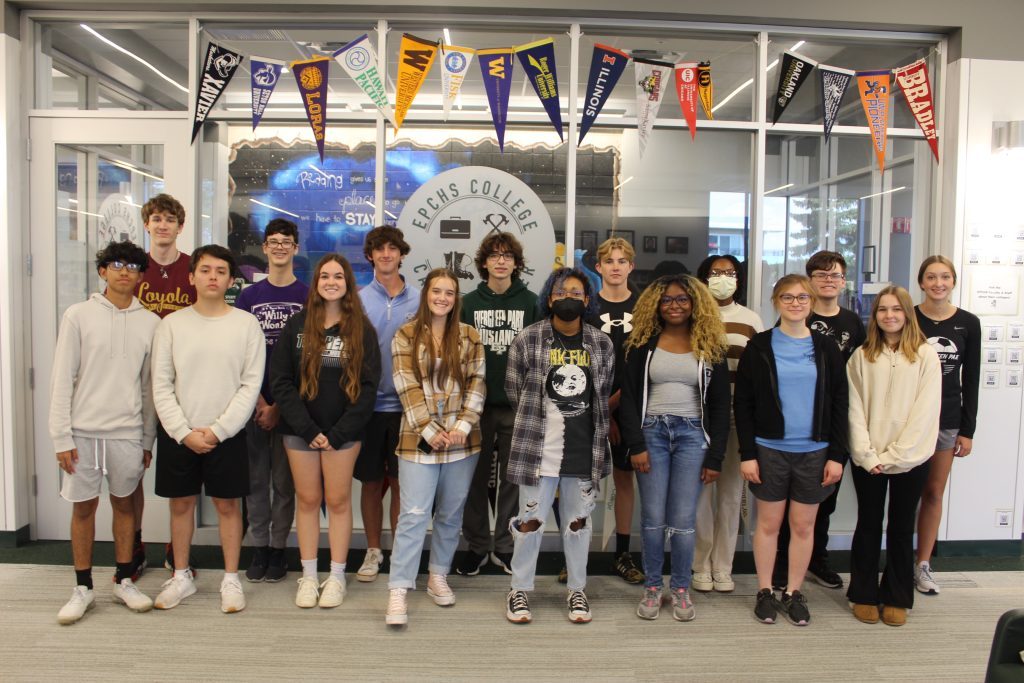 Pictured are current EPCHS students who have scored 3 or higher on three or more AP exams. (Supplied photo)

Students who received an average score of at least 3.25 on all AP exams taken, and scores of 3 or higher on four or more on those exams (AP Scholar with Honor) are 2022 graduates April Kirtz, Isabella Martinez, and Denisa Neda; and current senior Helen Joyce.

The students who received an average score of at least 3.5 on all AP exams taken, and scores of 3 or higher on five or more on these exams (AP Scholar with Distinction) is 2022 graduates John Bledsoe, Thomas Gricus, and Meghan Valentino.

In addition to the 37 AP Scholars, an additional 83 students can potentially earn college credit for receiving at least one 3 or higher on an AP exam.

The College Board’s Advanced Placement Program offers students the opportunity to take college-level courses while still in high school, and to receive college credit, advanced placement, or both for successful performance on AP exams. The College Board honors outstanding performances on AP exams with several levels of recognition.