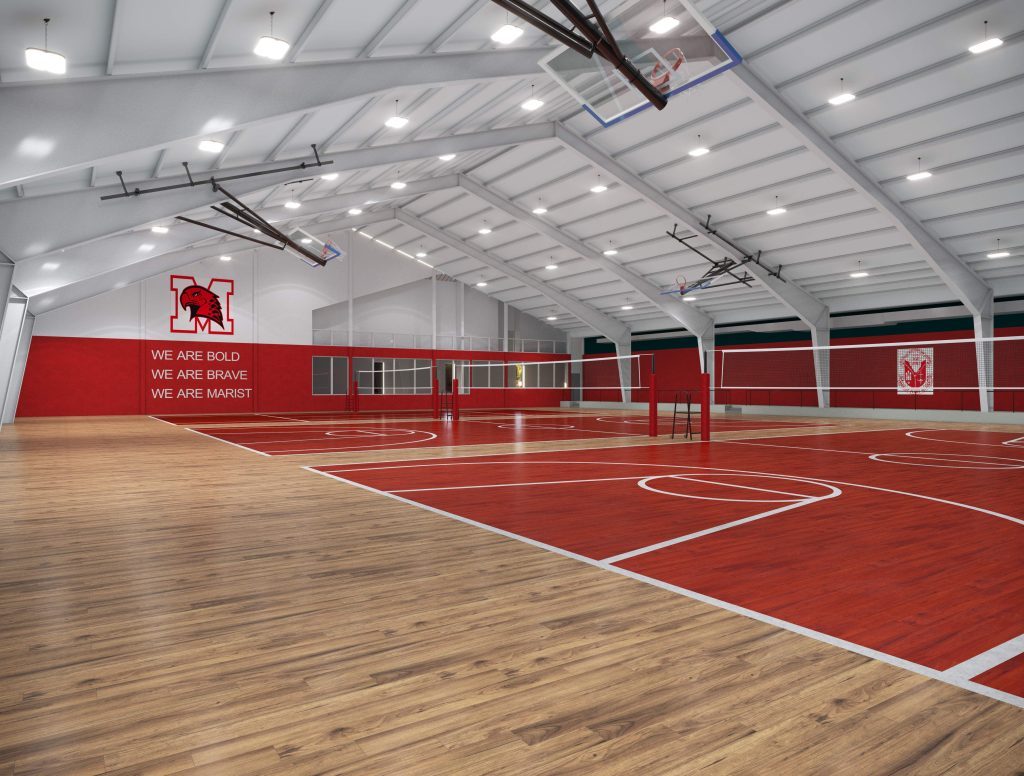 Marist High School will soon be expanding thanks to its recent purchase of the former Palos Courts.

Marist High School has announced plans to expand its campus footprint to Palos Heights with the recent purchase of a former sports center in the village.

Operated by the Marist Brothers on behalf of the Archdiocese of Chicago, Marist is a popular private Catholic preparatory high school located in the Mount Greenwood neighborhood. It is known for its mission of preparing students for higher education and life.

The school, 4200 W. 115th St. in Chicago, will soon be expanding thanks to its recent purchase of a 75,000-square-foot facility, located in the space previously occupied by Palos Courts at 12221 S. Ridgeland Ave. 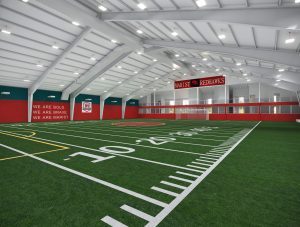 Marist High School will soon be expanding thanks to its recent purchase of the former Palos Courts.

“The development of the facility will provide infrastructure relief to Marist High School’s main campus,” said Larry Tucker, President of Marist High School. “This facility is an investment not only in the future of our school, but in our holistic approach to educating and caring for the body, mind, and spirit of each and every student, alumni, donor, and community member.”

He said the new space will enhance the welfare of the entire student body, expand sports medicine, sports performance, and athletic training opportunities within the school’s curriculum and co-curricular offerings, and increase alumni, student, and future RedHawk engagement.

The indoor center also will create a year-round, climate-controlled venue for mission retreats, band practices and performances, as well as event space for reunions, leagues, and more.

The property was purchased on August 30 for $1.8 million. The project will be strictly donor financed, Tucker said.

“When we initially looked to build a complex like this, but significantly smaller square footage, on our campus, the figures came in at about $15 to $18 million,” Tucker said. “We quickly realized that to start from scratch would be a project that would have to come much further down the road. Then, when the opportunity at Palos Courts opened up, the idea of having an indoor facility became a much more obtainable goal.”

The conceptual design of the complex consists of four sections: two turf arenas, one all-purpose court, as well as three multi-purpose rooms located at the east end of the complex.

The building will undergo extensive renovations and once complete is slated to provide a state-of-the-art indoor center to support the school’s growing college preparatory curriculum, developing athletic and arts programming, as well as ongoing alumni and prospective student outreach.

Roofing and tuckpointing work have already begun to ensure interior work can continue this winter.

The facility will feature cutting-edge flooring, lighting, and playing surfaces designed to accommodate any type of activity. Additionally, divider curtains will separate each section into smaller areas. Further amenities will include air conditioning, boys’ and girls’ locker rooms, concessions, and a full line of audio-visual equipment.

“The school’s facilities are consistently maxed, and so the new center will give students the opportunity to condition indoors year-round,” Tucker said. “It also supports student welfare from the aspect that our students will be able to get home earlier, thus creating a better balance between time spent in practice and on studies. We are excited to be able to incorporate curriculum that leads into many of the advanced fields our students are looking to enter once they complete high school and beyond.” 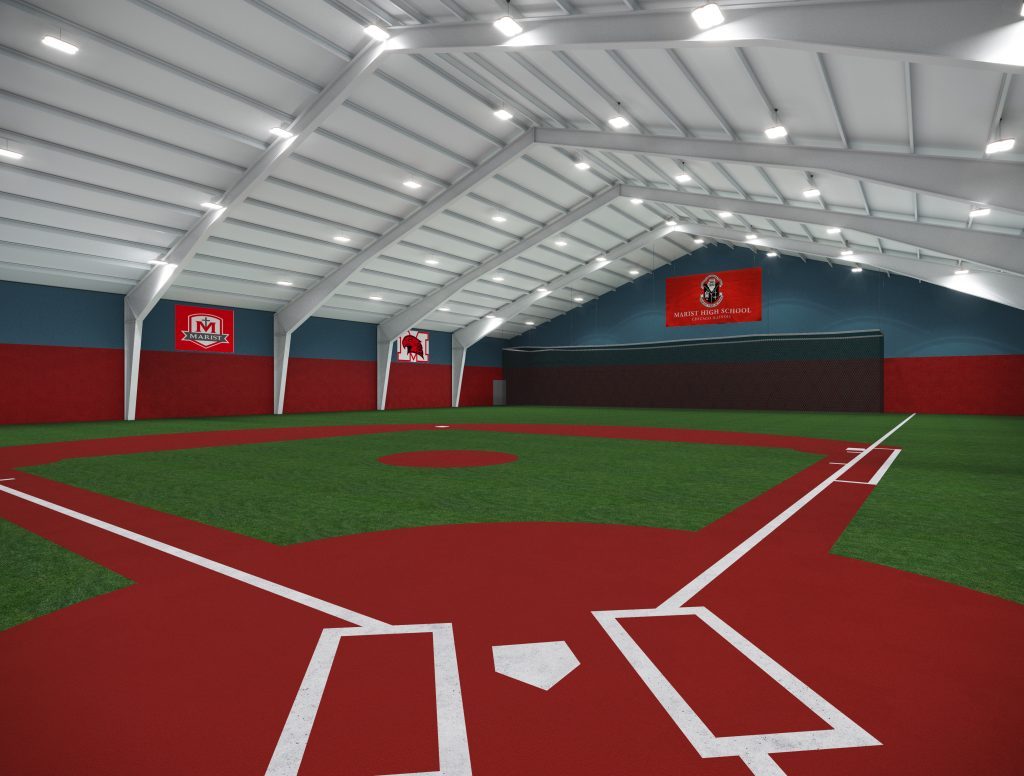 An artist’s rendering of an indoor baseball field at the new Marist High School facility in Palos Heights.