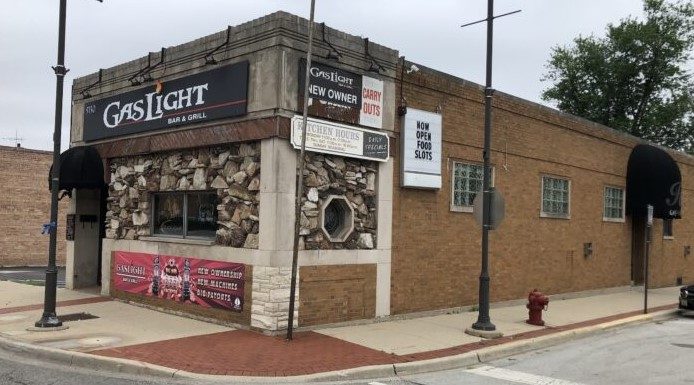 A Tex-Mex restaurant is expected to replace the Gaslight Bar and Grill in Oak Lawn. (Supplied photo)

Oak Lawn Mayor Terry Vorderer said he was confident that he could find a new business to replace the Gaslight Bar and Grill when it closed.

Vorderer and the Oak Lawn Village Board found a new business in less than a month.

At Tuesday night’s village board meeting, Vorderer welcomed Andre Solis, the owner of Local Cantina, which will fill the vacated site of Gaslight Bar and Grill at 5130 W. 95th St.

“I had a meeting with the gentleman who is the owner of Local Cantina and I told him I look forward to visiting his restaurant,” Vorderer said.

Solis was pleased with the reception he has received from Oak Lawn. He describes his establishment as a Tex-Mex restaurant.

“We are going to hold a few trial runs first,” Solis said Tuesday night. “We have plenty to do because we have to hire staff and prepare. We have gone through a lot since the pandemic.”

Solis said he was looking to have an official grand opening in 2023 as he prepares to get the restaurant ready to serve the community.

The addition of Local Cantina is a sigh of relief for Vorderer and the Oak Lawn Village Board. The most recent owners of the Gaslight Bar and Grill had not been in business long before complaints began to emerge from residents.

Complaints from neighbors ranged from patrons parking in front of driveways and congregating outside the establishment. Residents had called the village about what they said was rowdy behavior by patrons leaving the bar. Some of the neighbors said that some of these inebriated patrons began sitting on porches and continued to drink.

The owners of the bar were warned and Vorderer, who is also the village liquor commissioner, called for the suspension of their business license following a fatal four-vehicle crash near 110th and Cicero on Aug. 21. Two individuals who reportedly had left the bar caused the crash that killed two people, police said. The two individuals who were drinking at the Gaslight Bar were inebriated, according to police.

While Vorderer and trustees were incensed, the owners of the Gaslight Bar soon informed the village that the establishment would close. The village then decided they would not go any further about the 17 liquor violations imposed on the bar since they were no longer going to be in business.

While some critics said that the village should take the owners to court, Vorderer believed it would be too expensive to continue that fight and said it was time to move on.

Vorderer added that the owners of the Gaslight Bar faced more problems.

“They had put $40,000 into remodeling the place and they are going to have more problems because of the crash,” Vorderer said.

The mayor said despite the setback he was confident that a new business would soon take over.

“That won’t stay closed very long,” Vorderer said after the business closed. “We will have someone come in and they will be good people, too.”

Vorderer said there were several possibilities but was encouraged after talking to Solis and learning about his restaurant.

In other business, a recommendation to allow video gaming at GG’s Spot and Grill, 9600 S. Pulaski, was approved by the board. Trustee James Pembroke originally had misgivings about allowing for video gaming at the bar but has since had his concerns addressed.

Pembroke was concerned that adding video gaming would result in an overcrowded bar. But the owner has since talked to the mayor and board members that they would take care of any issues that arise.

Vorderer said that he attended an Oak Lawn Chamber and Evergreen Park Chamber of Commerce luncheon earlier in the day.

“I had a great opportunity to meet with the Oak Lawn Chamber and the Evergreen Park Chamber,” Vorderer said. “I spoke and Kelly Burke (the Evergreen Park mayor) spoke. Hey, we all want the best for our communities and we compete for businesses. But we are neighbors and we work together.”

The Oak Lawn Board also approved Halloween trick-or-treat hours for the village on Monday, Oct. 31. Hours will be from 3 to 8 p.m.