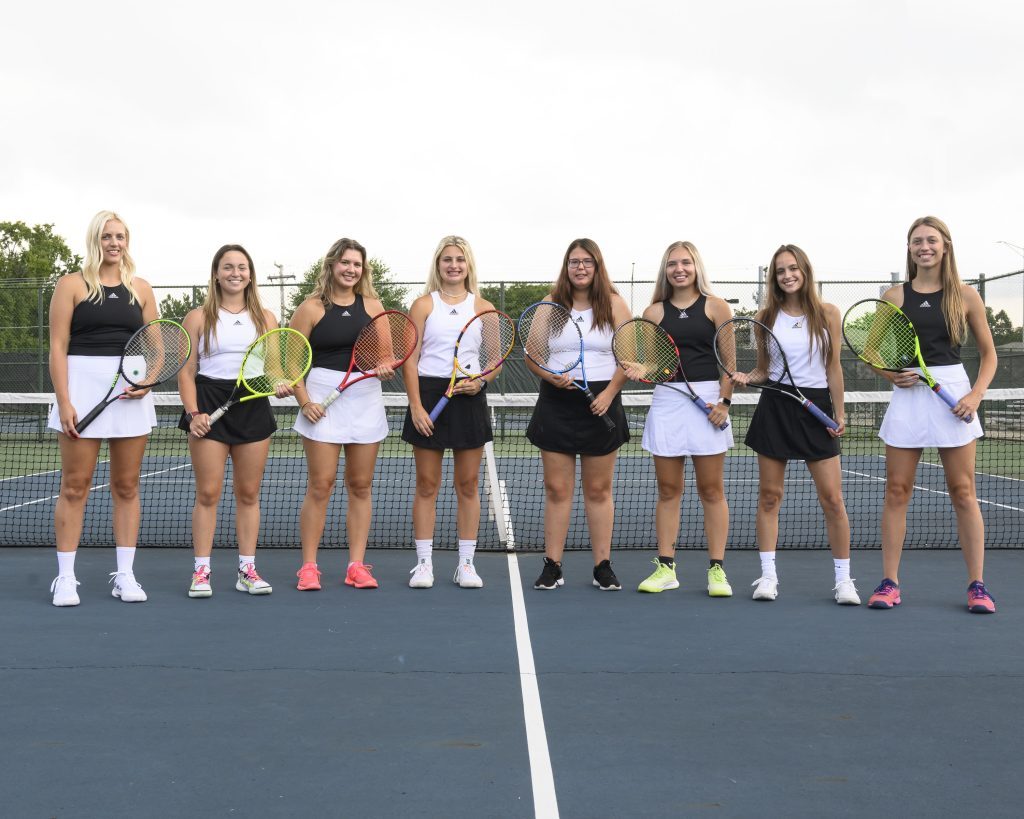 Moraine Valley’s women’s tennis team has some time to prepare for the NJCAA Division I national tournament.

They have about a half of a year to get ready for it.

The Cyclones qualified for the national tournament for the first time in seven years by winning the Region IV championship, held in Homewood and Palos Hills Oct. 7-8. The tourney will take place in May in Tyler, Texas.

“In the coming months there will be a lot of prep work,” Cyclones coach Matt Marusarz said. “We will be getting our team in the weight room, finding courts; but for now, we’re letting them enjoy the championship. That is priority No. 1.”

The first day of the tournament featured singles competition and it had to be moved to the Homewood-Flossmoor Racquet and Fitness Club because of inclement weather.

Day 2 was played at MVCC with the doubles competition and No. 2 Schultz/Gerl and No. 3 Tomczak/Erica Chapan won championships.

“It’s an unreal feeling,” he said. “Coaching college was already a big step for me and my coaching milestones, but winning a regional title is another level.

“I am very proud and grateful for this team. I also need to give huge credit to Assistant Coach Dave [Souza]. I won Coach of the Year, but I wish it could be attributed to him as well. He’s been a huge help and asset to Moraine Valley and the team.”

Tennis stars head to state
Sectionals were kind for some area tennis teams and players heading to the state meet, which opens Thursday, Oct. 20 at various sites in the northwest suburbs.

On a side note, Sandburg coach Brian Ostrander received more good news when his daughter, Jordan, qualified for state for Andrew at the Lincoln-Way East Sectional.

At the West Suburban Gold meet in Hinsdale, Morton senior Isabela Garcia won with a 19:15.43.

Elite Seeds
The postseason opens for girls volleyball on Monday.

Last year, Mother McAuley, Nazareth and Chicago Christian made it to the state Final Four, and the area could get some strong representation once again.

This season, the Mighty Macs, Marist and Lyons are the top three seeds in the Class 4A Lyons sectional

De La Salle, St. Laurence and Evergreen Park are the top three seeds in the Class 3A St. Laurence Sectional. Defending 3A state champion Nazareth is seeded first in the Little Village Sectional.

In Class 2A, Chicago Christian drew the No. 1 seed in Sub-Sectional B of the North Lawndale Charter Sectional.