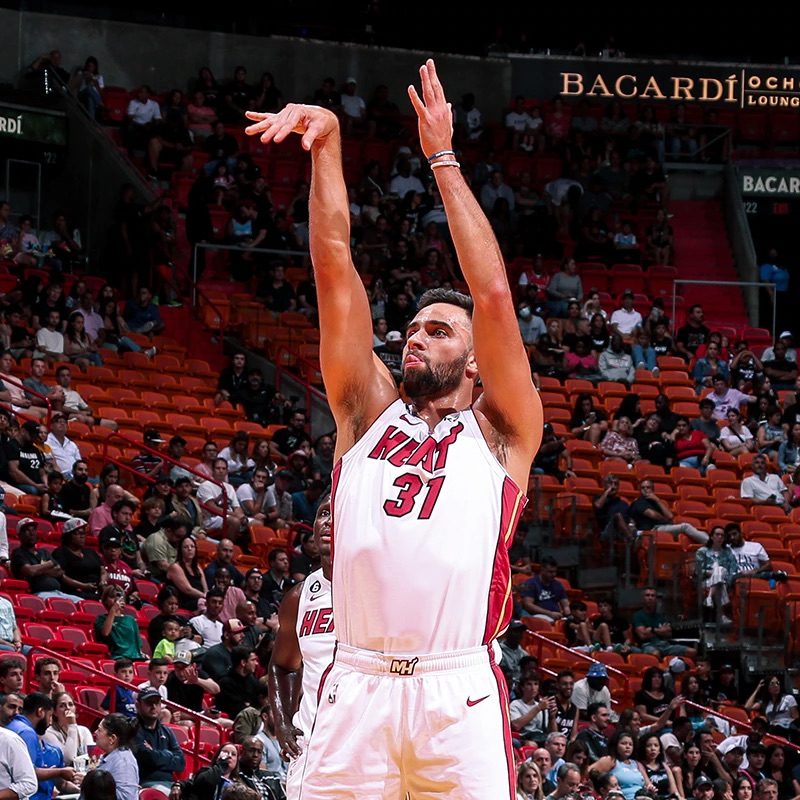 Former Stagg star Max Strus lets loose with a 3-point attempt during the preseason for the Miami Heat. Photo courtesy of the Miami Heat

After pouring in 24 points in a preseason game, Miami Heat guard Max Strus did a TV interview.

Strus is still young, but it seems like he has seen his all.

His story from a successful career at Stagg to becoming a regular player on a perennial playoff that is considered one of the NBA’s model franchises is full of twists and turns. It’s almost like he is a 10-year veteran with all he has experienced.

The Heat were scheduled to open their 2022-23 season on Oct. 19, and Strus is taking nothing for granted. During an interview at his inaugural summer camp at Stagg, he expressed his appreciation for being in the league.

“I never doubted my ability to play in the NBA,” Strus said. “I think the only thing that I questioned throughout that process was if I would get another chance. There are only 450 players in the NBA, so getting an opportunity is very slim. Getting a second chance is even slimmer.

“That was the only thing I worried about. I never worried about if I could play or couldn’t play in the NBA. I always believed in myself.”

Painful journey
After graduating from Stagg in 2014, Strus played at Division II Lewis University in Romeoville before transferring to DePaul.

In 2019, his NBA adventure started when the undrafted free agent signed a contract with Boston. The Celtics released him and he signed with the Bulls, played 6 minutes over two games, then tore the ACL in his left knee during an NBA G-League game four days before Christmas.

For a player on the bottom of the NBA food chain, his career could have easily been over.

“My injury was a blessing in disguise,” he said. “It gave me an opportunity to step back away from things and not have basketball in my life for a while. I did get lucky with COVID happening. I think I was probably the only person who liked COVID happening for that time being because there was no basketball. I wasn’t missing anything.

“I tried to look at is as a positive and make it the most positive situation I could get out of it and that was to get my body ready and get everything back to normal. I took that time to retrain and refigure how I was going to make myself an NBA player.”

Strus wasn’t feeling sorry for himself. Family and friends, however, were devastated at the turn of events.

“That was one of the hardest things — to see my family and friends feeling sad and bad for me,” he said. “I tried to remain positive whenever I was around them and in the public eye to show them that I’ll be fine.

“I didn’t want it to be a huge setback. Obviously, it was a major injury and everyone was worried. But I just tried to stay positive through it all and tried to get through it.”

He got through it. But the next step was also difficult: Getting an NBA team to take a chance on an undrafted free agent coming off a serious injury. 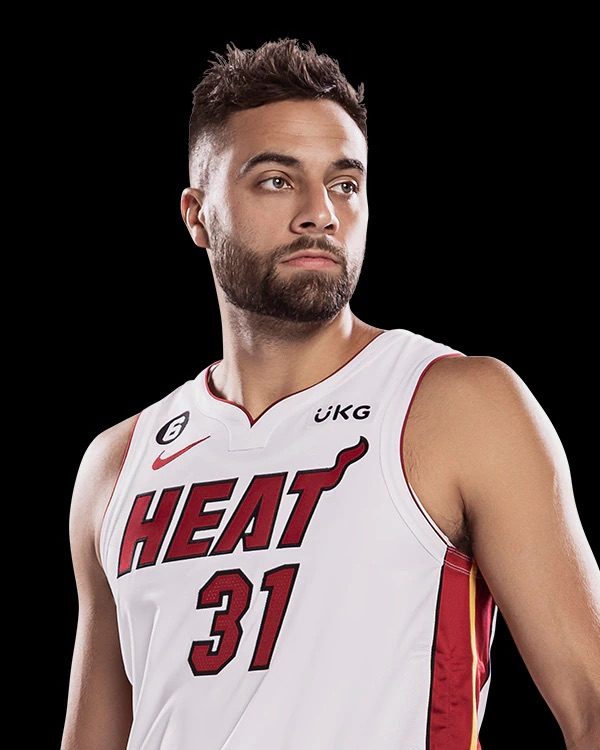 The Heat is on
Miami took that chance and, during the 2020-21 season, he stuck with the team after the preseason. He played in 39 games and averaged 13 minutes, averaging six points a game.

Injuries were taking their toll on the Heat and Strus stepped in. He scored 20 points in one quarter en route to a 32-point game against Orlando on Dec. 17.

Strus became the first player in Heat history to score 100-plus points and hit 20-plus 3-pointers during a four-game span On Dec. 23, hit a game-winning 3-pointer against Detroit.

He’s been a mainstay ever since.

“This is something everyone around here should celebrate,” Daniels said. “It’s a story that give kids like him at Stagg, at Sandburg, at Andrew and all of the other area schools hope.

“It’s been a whirlwind of events this whole year,” he said. “There were a lot of ups and downs at the beginning. Then I was able to carve out my role in the NBA. I think I’m established now. I’ve earned that.

“I hope I keep earning that throughout my time. I’m really excited for the future and what that holds. I had a good year last year and I want to top that and keep advancing in my career.”

The Strus Rule
While he may be well known around the South Suburbs and Miami area for his play, casual basketball fans across the country know him as a guy in the middle of a controversy who helped get a ruled changed in the NBA.

In a Game 7 playoff battle with Boston, Strus hit a 3-point basket in the third quarter to slice the Celtics lead to 56-54. After three minutes of game time elapsed, officials declared that Strus’ heel was out of bounds and the three points were taken off the board, after much arguing.

The NBA changed the rules starting this season. The NBA Replay Center will illuminate a blue light if officials think a scoring change is necessary. Play will be stopped during a neutral moment.

Some people are already calling it the “Strus Rule.”

He’s going to live with that for a long time.

“I think every interview I’ve done and every time I talk to people, it always comes up,” Strus said. “It’s always going to be a thing in the back of people’s minds. Hopefully, we make it to the Finals and win the championship and we’ll never talk about it again.

“It’s funny, right after the game my brother [Stagg boys basketball coach Marty Strus] said, ‘At least you are going to have a rule named after you.’ Looking back on it, it stinks, but one possession is not going to determine a game. A lot of things happen along the way.”