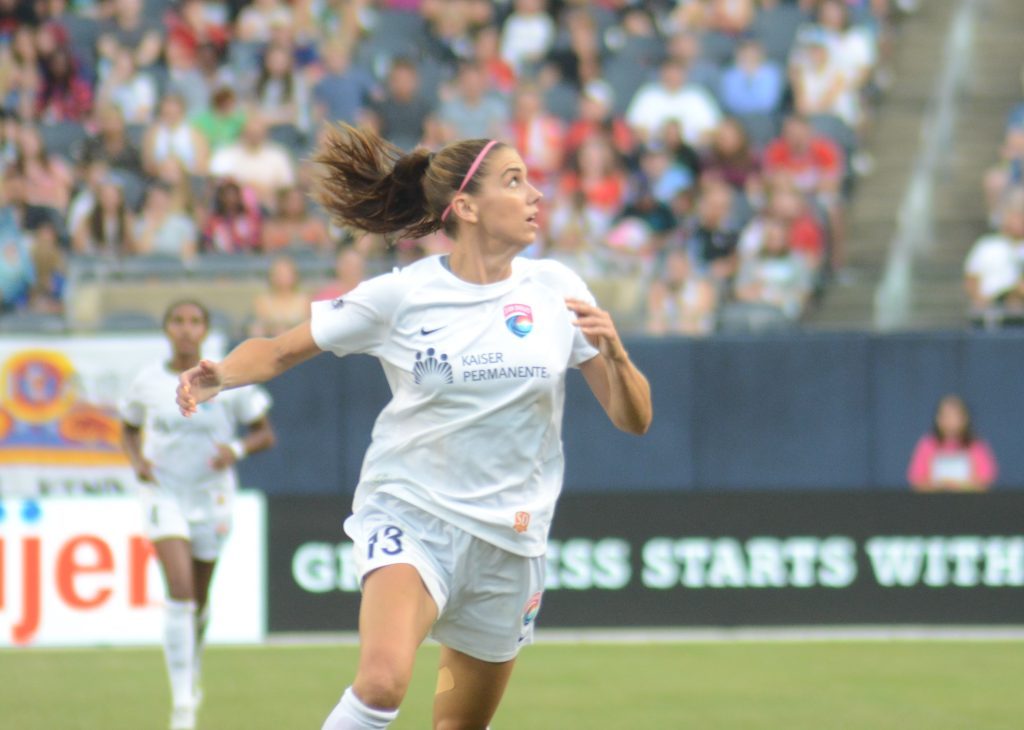 San Diego star Alex Morgan, shown in a game against the Chicago Red Stars at Soldier Field earlier in the year, scored the winning goal in overtime in a 2-1 victory over Chicago in the first round of the NWSL playoffs. Photo by Jeff Vorva

From the Chicago Red Stars point of view, things started out Yuki and ended up yucky.

The Red Stars dropped a 2-1 overtime decision to San Diego late Sunday night in the first round of the NWSL playoffs at Snapdragon Stadium.

Alex Morgan, who earned the league’s Golden Boot for leading the league with 15 goals in just 17 games during the regular season, gave the Red Stars the boot when she scored in the 110th minute. The Wave hung on the rest of the way to head into the semifinals against Portland.

Chicago’s Yuki Nagasato got the Red Stars off to a big start with a goal in the 10th minute, but San Diego’s Emily van Egmond knotted it up in the 67th minute.

It snaps a two-season streak in which the Red Stars made it to the NWSL championship game. They made the title game in 2019 and 2021 and finished second both times. There was no NWSL championship in 2020 due to the pandemic. 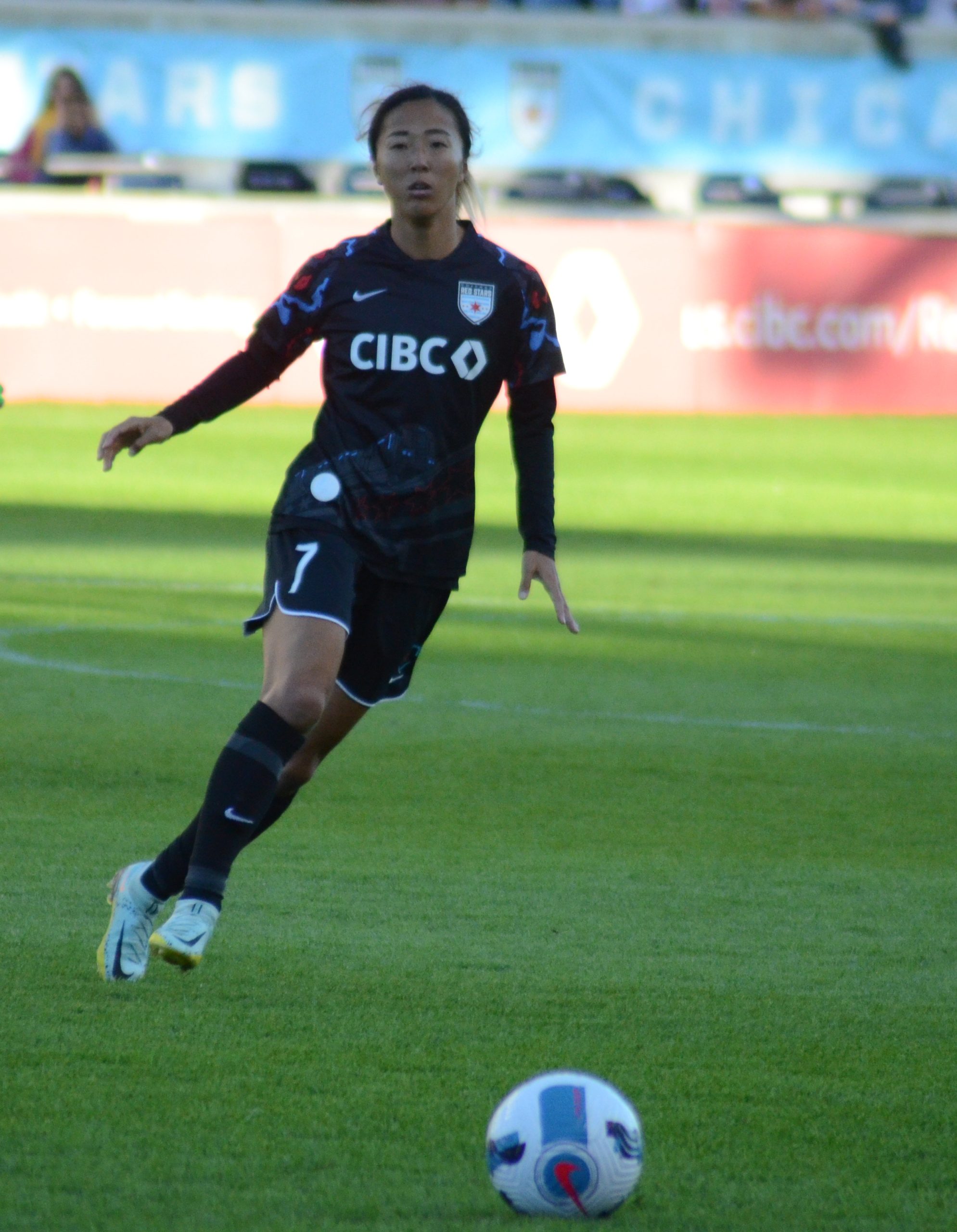 Yuki Nagasato, shown during the final game of the regular season at SeatGeek Stadium, scored a goal early in Sunday night’s playoff game against San Diego. Photo by Jeff Vorva

More fallout from Yates Report
The Yates Report, which investigated and uncovered alleged verbal and sexual abuse affecting several NWSL teams, continued to hit the Red Stars hard. People all over the country demanded that Arnim Whisler give up his stake in the team’s ownership after allegedly ignoring complaints that former coach Rory Dames abused players.

Vicky Lynch, the team’s chief business officer and the only management official to occasionally make public comments this season, resigned last week and issued a statement that included being “sickened and felt I had been misled about what occurred at the club prior to my arrival.”

Red Stars player issued a lengthy statement pointing out Whisler’s “dishonesty” regarding his claims he did not know about the environment of the club under Dames’ watch.

“We are united with the Board of Directors in their decision to remove Whisler from the organization entirely, and look forward to finding a new majority owner who can help us realize the full potential that we as players always knew existed for this club,” the statement said.

Kim Vender Moffat was named board chairwoman and Mike Ernst was named interim chief business officer. Vender Moffat is a part of the ownership team and Ernst worked 14 years with the Chicago Fire and was recently that organization’s senior vice president of sales and revenue.