Skip to content
October 18, 2022/Comments Off on New Palos Heights park in Coyne’s name is gold 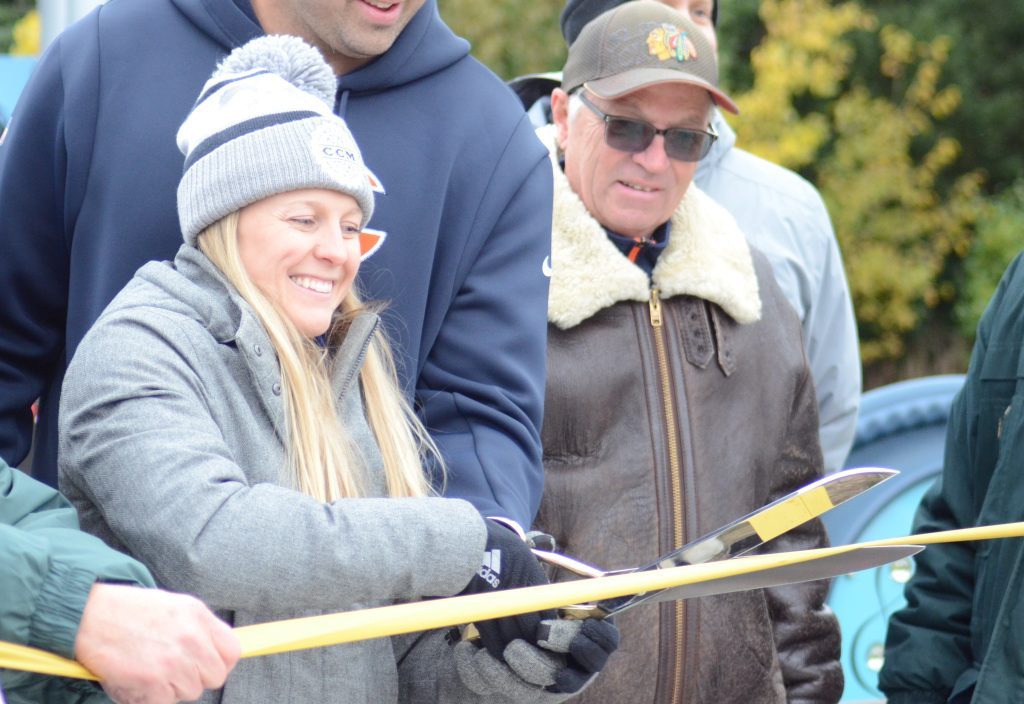 Olympic hockey star Kendall Coyne gets ready to cut the ribbon for a Palos Heights park named in her honor. (Photos by Jeff Vorva)

Olympic hockey standout Kendall Coyne Schofield said some of her success comes from growing up in Palos Heights.

“For me, growing up in the city of Palos Heights was a dream,” she said. “There are so many things that make this such a special place. But most importantly, it’s the people in the community who make up the place I’m so proud to call home.”

The place she calls home is proud of her as well. On Monday, the city helped her open the Kendall Coyne Dream Big Park with a ribbon-cutting ceremony on a chilly day.

The day may have been cold, but Coyne Schofield had nothing but warmth in her heart for the city.

“As I have gotten older, as a person and in my hockey career, I reflect back on how much being a part of this city has shaped me to be the person I am and to help get me to where I am today,” she said.

“It is the reason that every time I make a roster or a team, no matter what part of the world I’m going to play in, I have the honor to represent my home. I’m so proud that on every team I’ve played on, my hometown is listed as Palos Heights Illinois.” 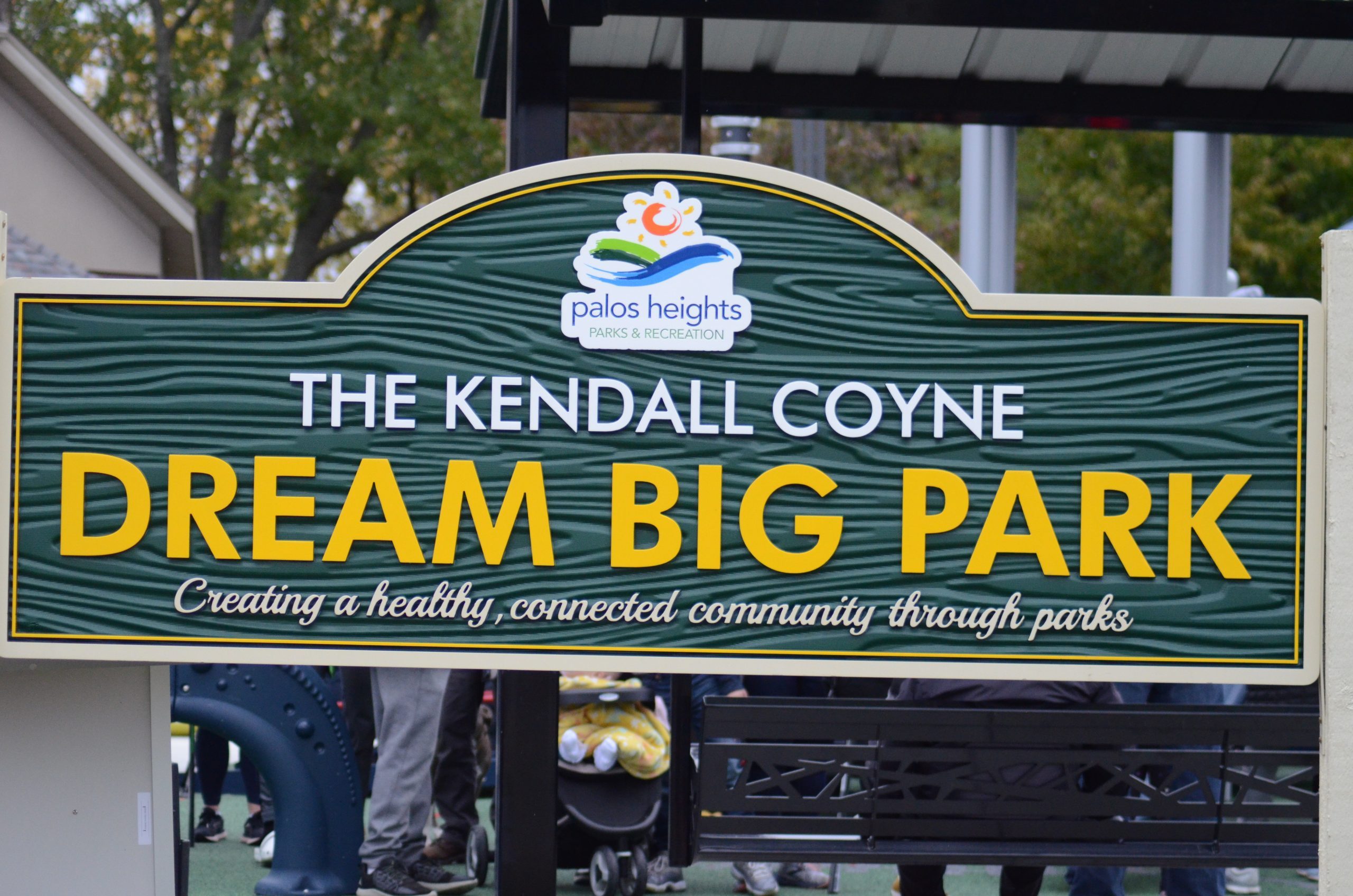 Sign of the times — the new Palos Heights park in Kendall Coyne Schofield’s honor had a ceremony on Monday.

More than 100 people gathered for the opening at 8140 Misty Meadows Drive. The event featured an inflatable hockey rink courtesy of the Chicago Blackhawks, a Chicago Bears Mini Monsters Youth clinic and free items for kids including autographed copies of Coyne Schofield’s book “As Fast as Her: Dream Big, Break Barriers, Achieve Success.”

Coyne Schofield is a three-time Olympic medal winner including a gold that she won in 2018. She is married to Michael Schofield, a lineman for the Bears who won a Super Bowl with Denver in 2016. Both are Sandburg graduates. 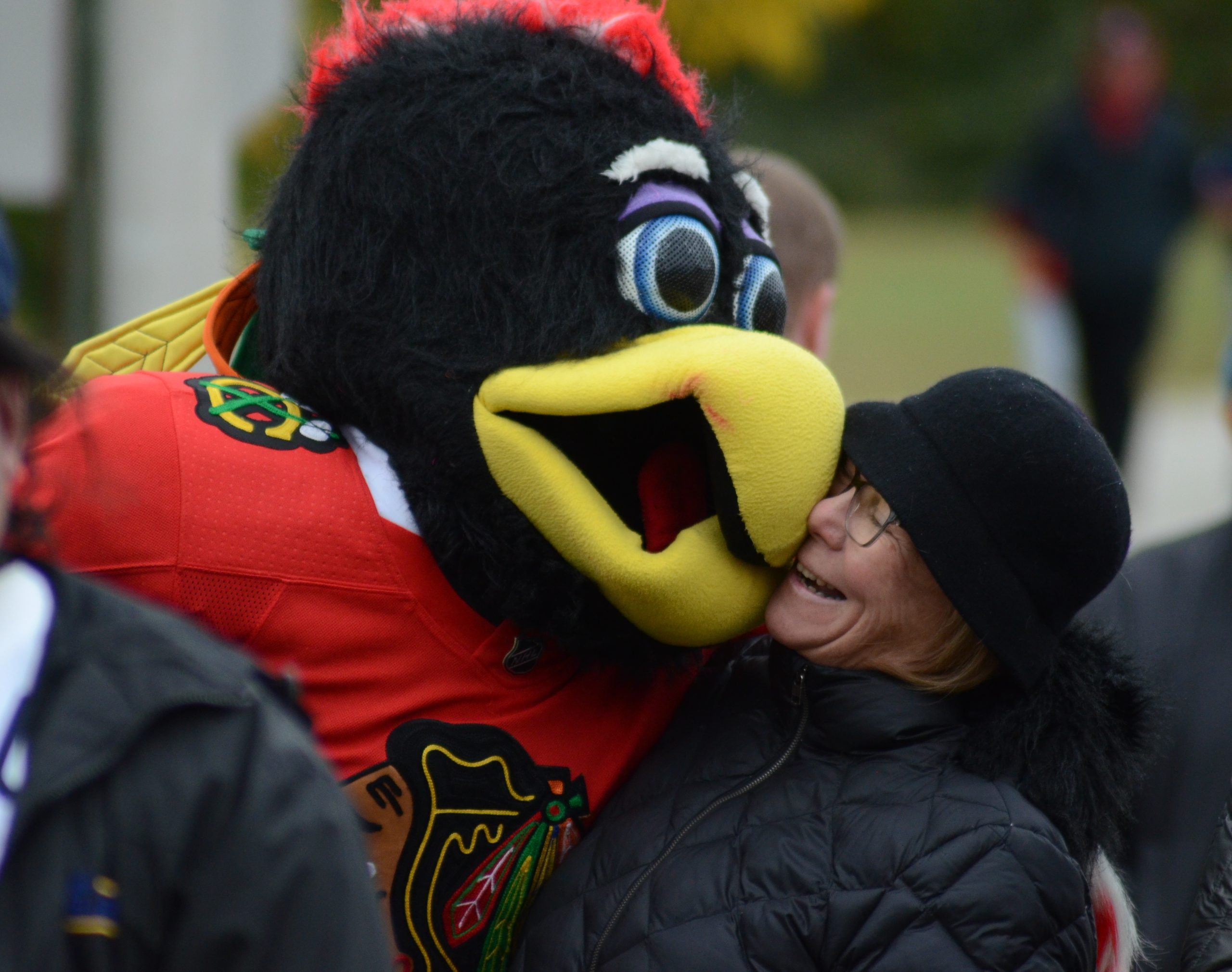 Blackhawks mascot Tommy Hawk has fun with one of the guests at the ceremony for Kendall Coyne’s park.

Palos Heights officials raved about the new park, which features sensory pieces of equipment and a smooth rubber floor. The design is also sharp.

“This place is a work of art,” Alderman Jeffrey Key said.

“In my past 20 years or so in office, I’ve talked about the quality of life in Palos Heights,” Mayor Bob Straz said. “This is just another accomplishment in that move toward quality.

“We are proud of Kendall and Michael. In addition to their generosity, they are just an extremely nice couple. Really genuine.”

Long before the Schofields were winning gold medals and Super Bowl rings, the city wanted to build a park in the Misty Meadows subdivision for 20 years, according to Alderman Michael McGrogan.

“We tried like heck to build a park around here, but it was never practical,” he said. “But this particular situation came to light because [Dr. William Hopkins] needed an access into his home and that enabled to get their lovely home built and didn’t need this excess land so that was a great donation.”

The theme of the park is for kids to have dreams and work at them.

“These are two perfect examples of people who dream big,” Alderman Jerry McGovern said of the Schofields. “And they both made it – an Olympic Gold Medalist and a Super Bowl champion. Combined? We are lucky. We are lucky.” 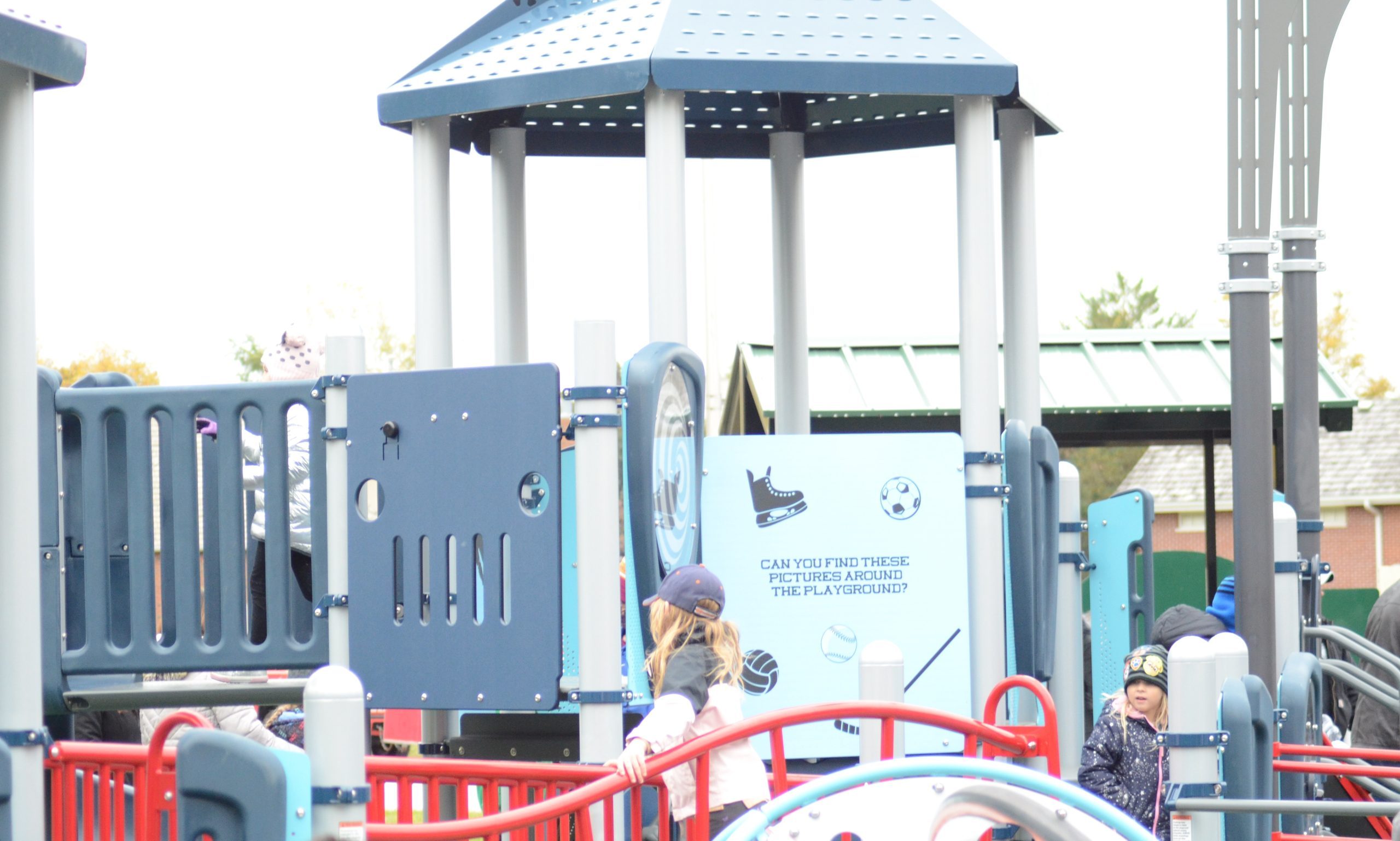 A view of the playground at the Kendall Coyne Dream Big Park.