Skip to content
October 19, 2022/Comments Off on All is good for ‘mayor’ Alligood during Palos Heights mock meeting 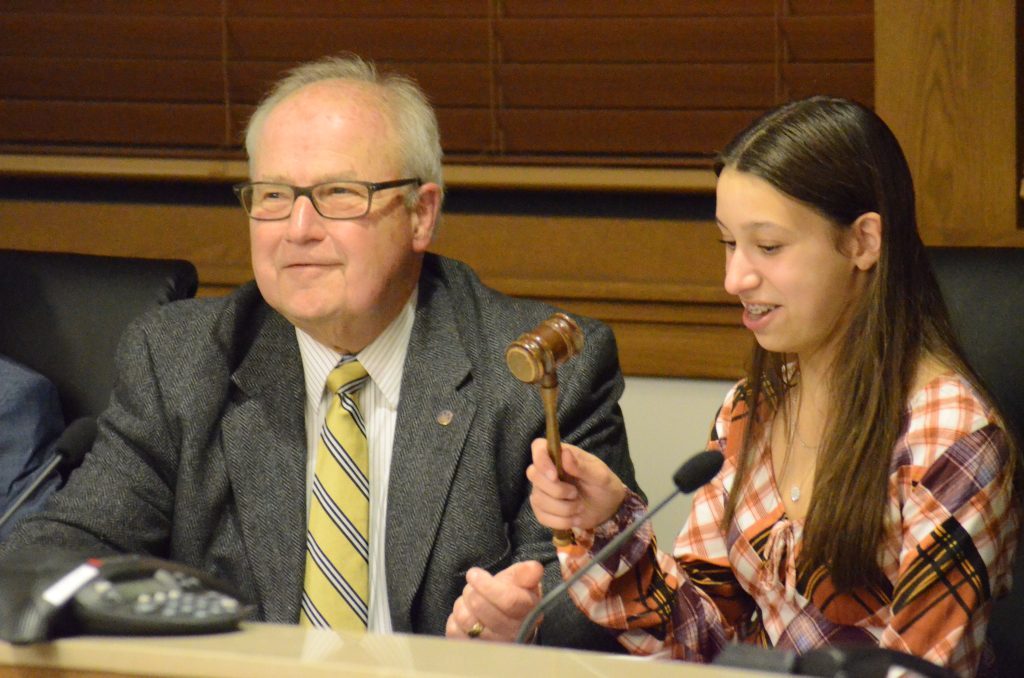 Paige Alligood, the 2022 Palos Heights Mayor For A Day, gets ready to bang the gavel to start a mock meeting while Mayor Bob Straz is there to guide her through the meeting on Tuesday night. (Photos by Jeff Vorva)

All is good for ‘mayor’ Alligood during Palos Heights mock meeting

But to preside and run a Palos Heights city council meeting?

“It was scary,” she said minutes after she played the role of mayor Tuesday night after winning a Mayor For A Day contest put on by the Palos Heights Woman’s Club.

With real Mayor Bob Straz guiding her through a 20-minute mock council meeting, the Shepard High School-bound Alligood was able to learn a little about government and picked up a trick for when things didn’t go quite as smooth as she would have liked.

“I learned to do everything with confidence,” she said. “That way they don’t know if you mess up.”

Students submitted essays to try to earn the right to sit in the hot seat for a made-up meeting.

St. Alexander’s Angelina Renardo also qualified as a council alderman but missed the meeting due to illness.

Straz said the program has been going on since 1977. 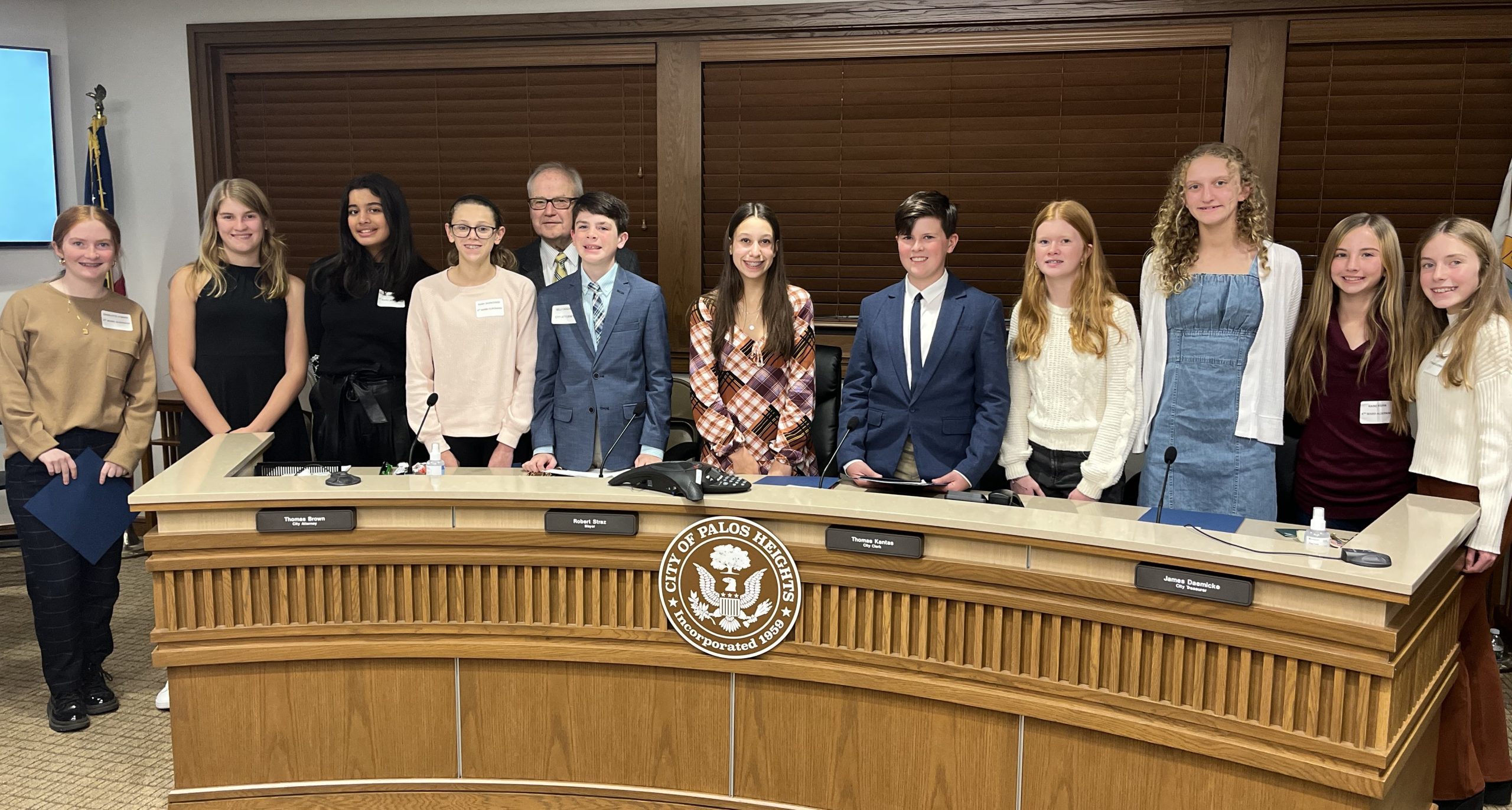 Before she became an alderman, Heather Begley and a group of people came up with a last-minute holiday parade throughout various Palos Heights neighborhoods in 2020 to give people a break from the COVID-19 mandates that closed down or curtailed activities, shops and restaurants and forced many people to stay home.

The parade was repeated in 2021. Prior to that, the city did not host a holiday parade.

Begley’s idea from 2020 will grow. The board unanimously voted to request permission from the Illinois Department of Transportation to close down Harlem Avenue from 127th Street to Route 83 from 10:30 a.m. to 12:30 p.m. Dec. 3 for a holiday parade.

“It’s hard to do it in the neighborhoods,” Straz said. “This way people can line up on both sides. We have a short window, but we think we can get some bands to perform because school is in session.”

The mayor said it won’t be the size of the Fourth of July parade that the city hosts every summer, but it will be bigger than the past two years and hopes it can grow.