A new study from the Cook County Treasurer’s Office concludes that hedge funds, private equity firms and others are exploiting a loophole in Illinois’ property tax law to make millions of dollars in profits, mostly at the expense of black and Latino communities.

These investors, known as tax buyers, have helped shape the arcane section of the property tax law they now use to their advantage, the report says. They have drained nearly $280 million from Cook County taxing districts over the last seven years. Of that, 87% came from black and Latino communities.

“Investors from all over the country are drawn to our tax sale like it was the California Gold Rush,” Cook County Treasurer Maria Pappas said. “They’re getting rich from struggling communities. The money they make from the law they helped rewrite should be going to schools, parks, police departments and other government agencies.” 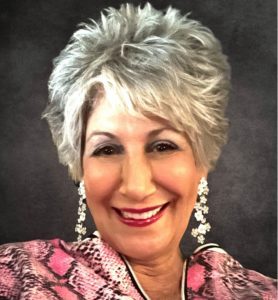 Tax buyers pay property owners’ delinquent taxes, aiming to make money when the taxpayer repays that debt, at steep interest rates. The tax buyer gets a lien on the properties on which he or she paid the taxes. That lien allows the tax buyer to take properties if taxpayers don’t pay their debt within a specified time period.

But these investors usually do not want to take possession of a property. They have an out: Illinois’ broad and forgiving sale-in-error statute that allows the tax buyers to avoid taking the property and instead get back their investment, often with interest.

Many states have policies that allow tax buyers to get repaid when the government has sold a property it shouldn’t have, including when the property is government-owned or when the taxpayer made good on their debt before the sale.

In Illinois, however, tax buyers can get their money back for “errors” by any county official even when the “errors” would not have prevented a sale or do not cause financial harm to the tax buyer. Tax buyers helped rewrite the property tax law in 1951, allowing them to get their money back for errors they had committed. In 1983, state lawmakers expanded the scope of the law to include errors by county officials, creating a loophole tax buyers have exploited ever since.

The Pappas study cited “frivolous” reasons for which tax buyers got their money back, with interest:

When a tax sale is undone due to a sale in error, most of the money paid to the tax buyer comes from the revenue of local governments, especially harming cash-strapped black and Latino communities where the majority of tax sales occur, Pappas said.

The Treasurer’s research team surveyed government financial offices in large out-of-state municipalities that sell taxes. None reported having anything like Illinois’ sale-in-error statute. In other states, “buyer beware” was the tax sale motto. Tax buyers must do their own due diligence and assume the risk. No other government granted refunds for government website errors.

“We don’t have that problem, thank goodness,” said Michelle Jones, the Newark, N.J. tax collector, about the frivolous reasons that sales in error are routinely used by tax buyers in Illinois. “That’s ridiculous. You need to amend that. I think they’re taking advantage of you guys.”

Pappas’ study makes many recommendations for state legislative changes, including:

Several county agencies also made errors, including not serving the required taxpayer warnings on time and assigning incorrect addresses to properties. The Treasurer also made recommendations aimed at reducing those errors.

In what she called an extraordinary display of local government transparency and accountability, Pappas ordered her research unit to explore faults in the sale-in-error law, even if part of the problem could be traced back to her office. The research team found that the Treasurer’s Office had erroneously sold the taxes on government-owned properties, scores of which were highways, and on other properties that were tied up in a bankruptcy proceeding at the time of the sale.