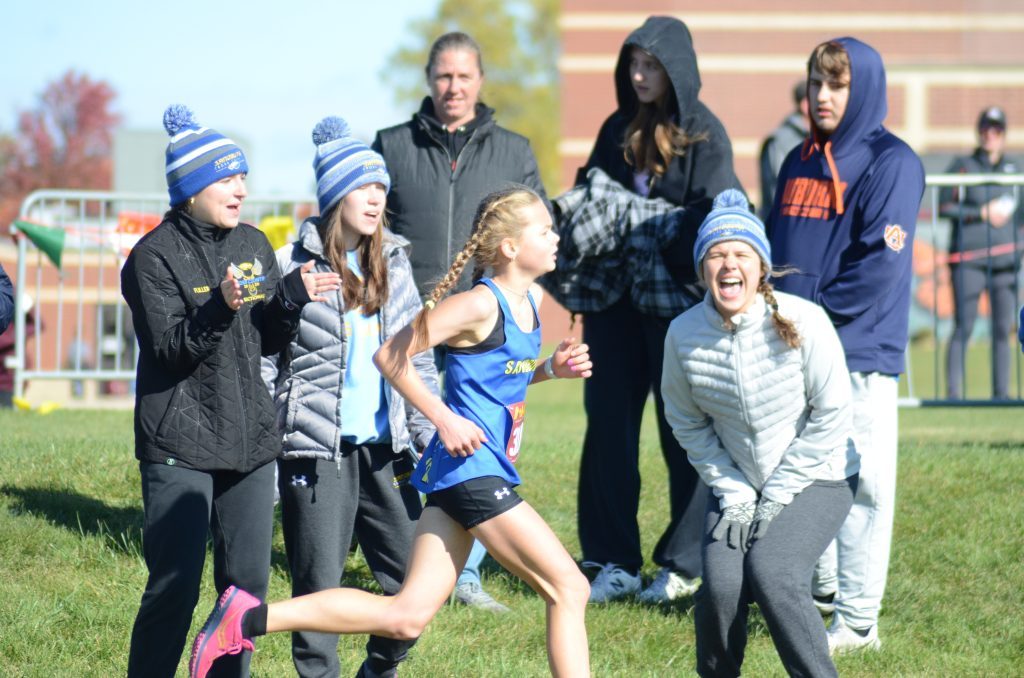 Both the boys and girls came up with regional titles at Midlothian Meadows in Midlothian on Oct. 22.

The Eagles girls won their first regional title since 2015, according to the IHSA, with 23 points. Runner-up Mother McAuley finished with 54 points.

Freshman Lindsey Gerhardstein continued to impress for the Eagles, as she scorched the course with a time of 17:47.79 seconds, well ahead of Stagg junior Amanda Pocica’s runner-up time of 18:25.23.

The Eagles boys, the defending Class 3A state champs, dominated again and won its regional by scoring 26 points, 28 points ahead of runner-up Bolingbrook.

In Class 2A, Marist’s girls claimed first in the Marist Regional at Midlothian Meadows with 45 points, well ahead of Bremen’s runner-up 86 points. Senior Reilly Smith led the RedHawks with a third-place finish of 20:17.92.

Youthful Brother Rice narrowly beat out Richards in the boys race 49-53. Richards senior Owen Forberg dominated the individual field with a 15:47.89 while Brother Rice junior Charley Duggan was second with a 16:24.06 and Crusader sophomore Gavin O’Connor was third with a 16:25.60. Freshman Andrew Straley claimed ninth.

Nazareth took first in the Hinsdale Regional with 37 points, 13 better than runner-up Trinity at Katherine Legge Park in Hinsdale. Senior Colette Kinsella handily won the sectional title with an 18:30.64 while Gianna Gelb of Riverside-Brookfield was second with a 19:40.49.

The Riverside-Brookfield boys, one of the top 2A teams in the state during the regular season, won with 23 points – 29 ahead of Fenwick. R-B junior Cooper Marrs won with a 15:19.05 and junior teammate Jack O’Brien finished second with a 16:11.11.

In Class 1A, Chicago Christian’s girls won the Bishop McNamara regional at Kankakee Community College with 41 points, 20 better than second-place Herscher. Senior Anna Enderle won the sectional crown with a 19:21.

Boys soccer
Richards made history winning the first boys soccer regional in school history as the Bulldogs posted a 1-0 victory over Bremen Friday at the Richards Class 2A Regional.

Solorio Academy eared a regional title at home with a 5-1 victory over Noble/Mansueto.

St. Laurence, which is has a trifecta by hosting the regional, sectional and supersectional, beat De La Salle, 3-0, to take the regional crown.

In Class 3A, eighth-seeded Shepard came up with a huge shocker with a 5-1 victory over top-seeded Sandburg at the Homewood-Flossmoor Regional. All of the scoring coming in the second half.

Stagg beat seventh Oak Lawn, 4-0, to claim the title at its own regional.

In Class 1A, Chicago Christian’s run ended in the finals of the Mateno Sectional with a 3-0 loss to Chicago Acero/Soto, three days after beating Herscher, 2-1, in the semifinals.