Skip to content
October 28, 2022/Comments Off on Interior Secretary Haaland tours site of Emmett Till Memorial 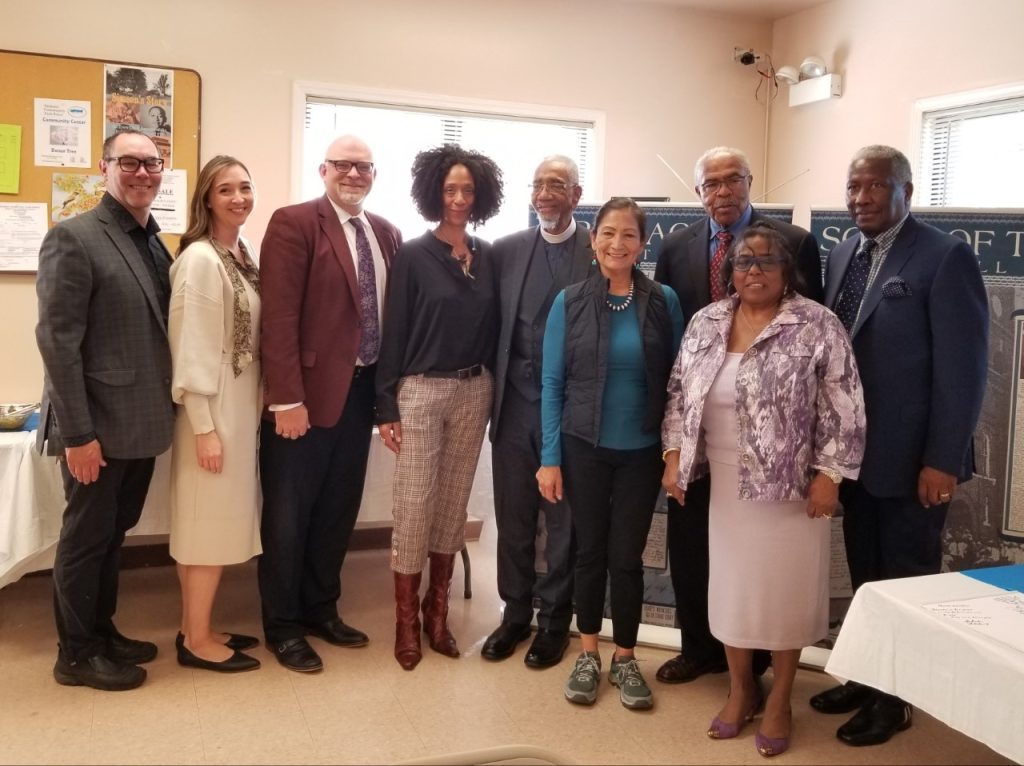 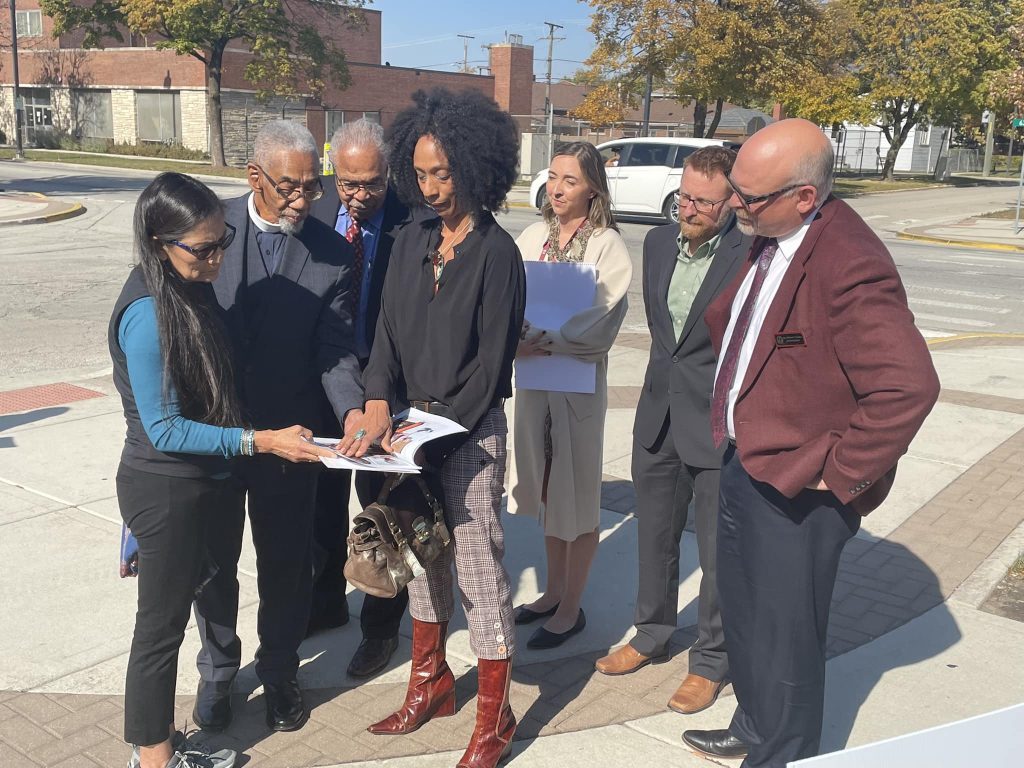 Secretary of the Interior, Deb Haaland, visited Summit last Friday to get a first-hand look at the site of the future Mamie Till Mobley and Emmett Till Memorial at Argo High School.

Haaland then met with community leaders and had lunch with Emmett’s cousin, the Rev. Wheeler Parker, at the Emmett Till Center in Summit.

She stopped in Summit after a visit to Chicago, where she hosted a community meeting at Roberts Temple Church of God in Christ.

That meeting was to hear views on how to tell a more complete story of America, including elevating the stories of the Civil Rights Movement that honor the lives of Emmett and Mamie Till. 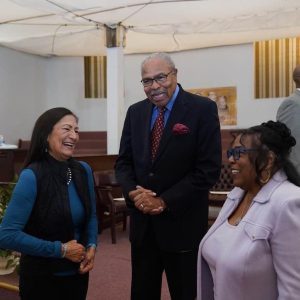 Roberts Temple Church of God in Christ is where tens of thousands of mourners visited over the course of a four-day visitation and funeral for Emmett in 1955 after he had been murdered in Mississippi while on summer vacation. Rev. Wheeler was with Emmett the night he was abducted and slain.

Emmett’s mother’s decision to have an open casket funeral helped expose Americans to the injustices facing Black people in the United States, and was among the catalysts of the modern Civil Rights Movement.

To honor her life and work, the memorial walkway will sit adjacent to the neighborhood where Mamie and Emmett lived, which is now a historic landmark.

The groundbreaking ceremony for the memorial walkway will be held on Friday, October 28, at 9 a.m. The community is invited to attend.

In addition to the walkway, a bronze sculpture within a landscaped plaza will be erected at the northwest corner of the school at 63rd Street and 74th Avenue.

The target date for its completion and dedication is April of 2023.