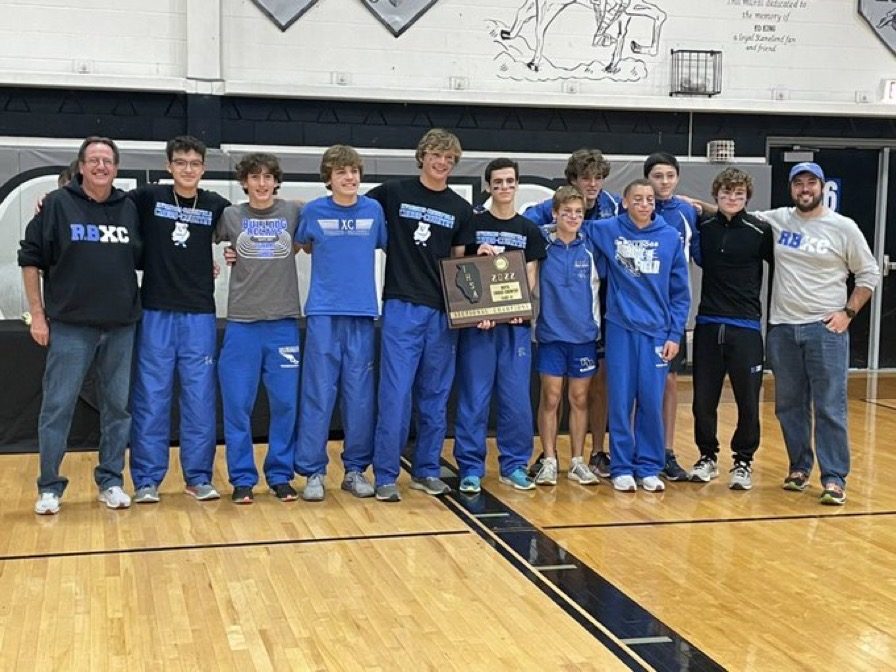 An army of area cross country teams and runners will compete at the state finals on Saturday.

The leading boys team invading Detweiler Park in Peoria is Riverside-Brookfield, which won the Kaneland Class 2A Sectional Oct. 29 with 97 points.

Junior Cooper Marrs led the way for the Bulldogs with a third-place showing of 15:04.60. Junior Jack O’Brien took ninth with a 15:26.27. Juniors William Kallas, Brennan Lester and sophomore Brady Normal rounded out the top five.

Heading into the postseason, the Illinois XC Speed Ratings website had the Bulldogs ranked second in the state in Class 2A behind Grayslake Central.

It’s the 12th time in school history R-B qualified for state, the last coming in 2019.

Other area boys teams heading to state are Lyons in Class 3A and Brother Rice in Class 2A. On the girls’ side, Chicago Christian in Class 1A, and Marist and Nazareth in 2A.

Lyons’ boys qualified for state for the 32nd time with a fifth-place finish at the Waubonsie Valley Sectional.

Junior Nicholas Strayer led the Lions with a 14:49.6, good for third place. Junior Cillian Henning took fifth with a 14:51.8.

For the first time since 2002, Sandburg will not bring a boys team to state as the Eagles took ninth at Waubonsie Valley.

But junior Grant Giblin, who finished 10th with a 15:04.8 and senior Trent Anderson, who took 22nd with a 15:21.3 will head to state as individuals for the defending Class 3A champs. Earlier last week, Anderson verbally committed to attend Loyola University.

Brother Rice finished fourth in the Class 2A Metamora Sectional. Junior Charlie Duggan led the Crusaders with an 11th-place finish with a 15:56.82 and sophomore Gavin O’Connor was 14th with a 15:49.07.

In Class 1A, Chicago Christian’s Noah Luke placed 21st at the Harvest Christian Academy with a 17:25.00. 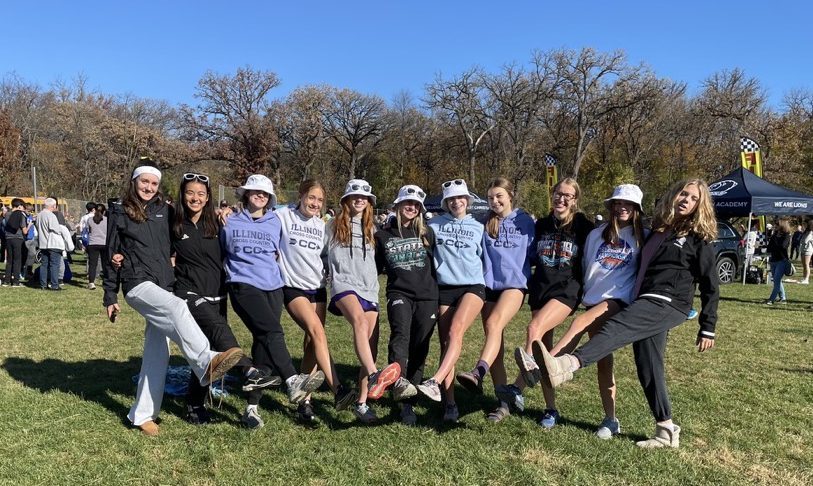 It’s the Knights’ sixth trip to state, the last one coming in 2016.

Lyons girls team placed fourth at Waubonsie as senior Catherine Sommerfield was fourth with a 17:29.4 while senior Charlotte Lange was 18th with an 18:17.3.

Nazareth’s girls grabbed the final slot at the Kaneland Sectional with senior Colette Kinsella taking third with a 17:50.6ith a 12

Riverside-Brookfield senior Bryce Pacourek placed ninth with an 18:36.38 and sophomore Gianna Gelb 10th with an 18:39.99 to qualify as individuals. St. Laurence junior Jadie Chavez qualified as an individual with a 32nd-place finish of 19:29.05.

Marist finished seventh to grab the last qualifying spot and the RedHawks were led by senior Reilly Smith’s 36th-place finish with a 19:29.13 and junior Emma Collias’s 39th place finish of 19:42.30.

In Class 3A Nazareth, De La Salle, St. Laurence and Evergreen Park made it to the final 32.

In Class 2A, Chicago Christian won the regional crown.

Sectional action was scheduled to take place Monday and Wednesday, after this newspaper’s deadline. The supersectionals are slated for Friday night.

Last year, McAuley, Nazareth and Chicago Christian made it to the state semifinals in their respective classes.