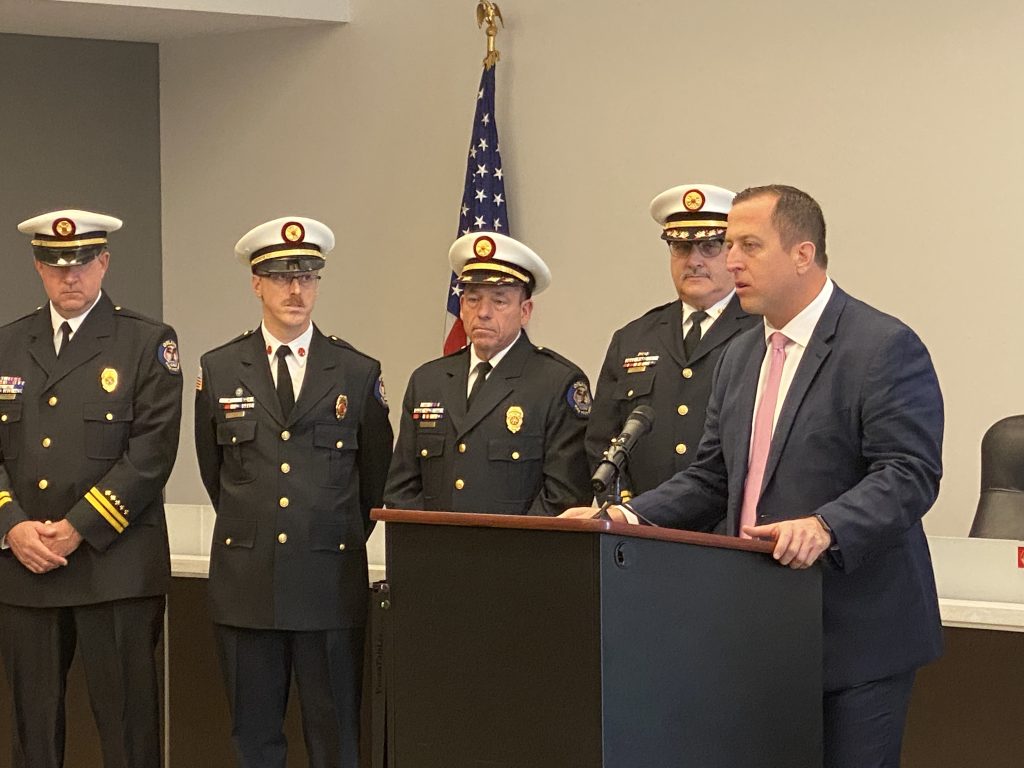 State Senator Michael Hastings joined officials of the Orland Fire Protection District on October 20 to announce the award of a $610,000 State Grant to enhance the district’s regional 911 emergency system and “save more lives.”

The funds will be used to implement a new software system that will significantly reduce response time by ensuring emergency calls are received faster and more efficiently to the 51 participating fire departments and regions serving more than 100,000 residents, Schofield said.

“I talked to Senator Hastings many months ago about this project that will not only decrease the amount of time getting outside agencies to any fire department but the bottom line it is going to save lives,” Schofield said praising the response efforts by all of the region’s fire departments and districts.

“For instance, if Orland Central has to call another dispatch center, whether it is Laraway or Southwest or somebody else, there is a time delay. We need an ambulance right away. We have to call them on the phone. They have to punch it into their computer system and it punches out a call. It is a four or five minute delay. This new system will be instantaneous.”

The new system that will be funded by the grant will connect five emergency communications centers’ disparate computer-aided dispatch systems permitting the sharing of real-time incident information, vehicle location and status information. This project will permit regional public safety interoperability and decrease mutual aid response times by automating the process of requesting, dispatching, and tracking fire and rescue resources providing mutual aid across jurisdictional boundaries in Cook and Will Counties.

Schofield thanked Hastings who attended the press briefing at the OFPD Headquarters at 9790 W. 151st Street.

“Senator Hastings was the one who stepped up and said he will find us the money and he did,” Schofield said.

Schofield noted once implemented, the new software will be operated by the Orland Fire Protection District and will serve all of the 51 fire departments so that all residents in those districts will benefit from faster responses in emergencies.