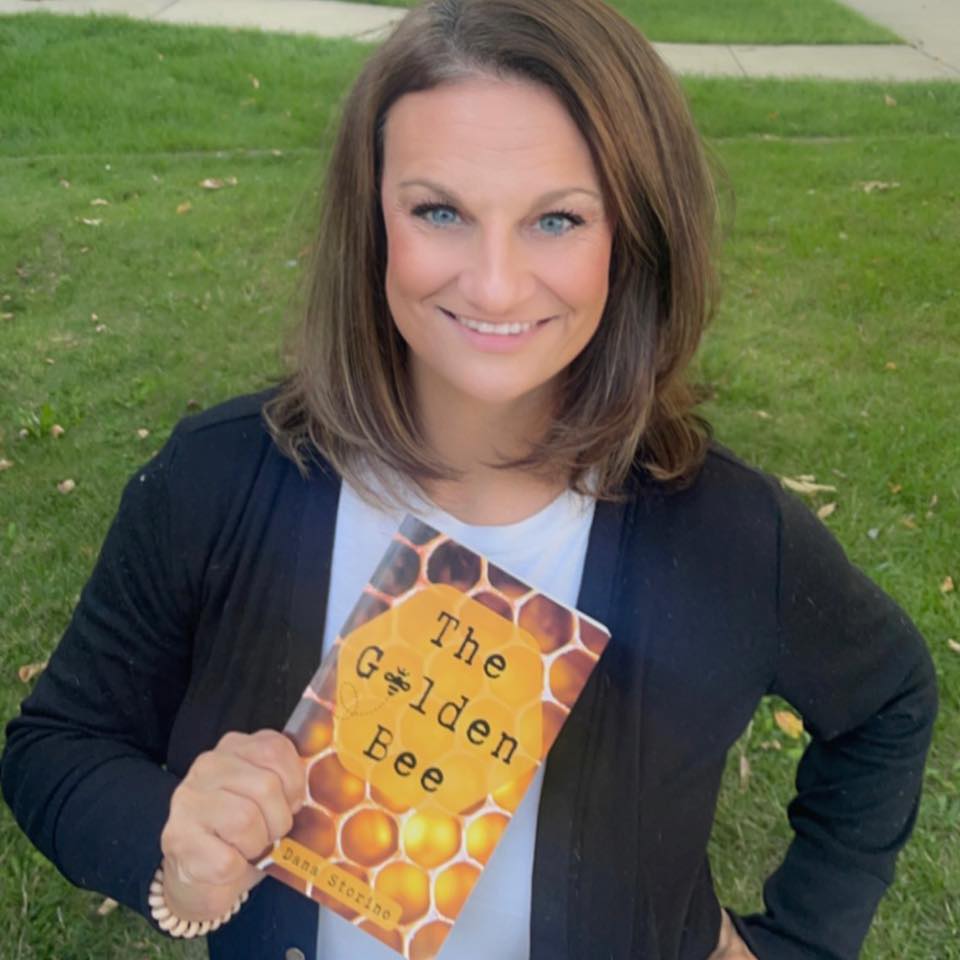 “Just because a bee flies differently doesn’t mean it can’t fly” is a saying easily applied to children with Attention Deficit Hyperactivity Disorder (ADHD), and it echoes nicely through a new book from a Garfield Ridge author.

“The Golden Bee” is a newly released work of fiction from Dana Storino, a paraprofessional educator working at Nathan Hale School with students who are neurodiverse, an umbrella term that to some degree has replaced “developmentally disabled” and “special needs.” In lay terms, it generally refers to the fact that different brains are wired a bit differently and therefore learn in somewhat different—but not necessarily better or worse ways. 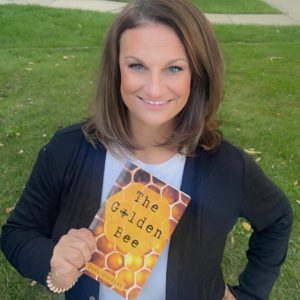 The term is used to promote a wider and more inclusive definition of what is considered normal.

That matters to people—especially children—who are neurodiverse, Storino said.

The main character in “The Golden Bee” is 12-year-old Stephanie Fiorelli. According to a blurb from the publisher young Stephanie “tries to be a good student, but she can be inattentive, unorganized and has a hard time controlling her emotions. When Stephanie is diagnosed with ADHD, it may explain her behavior…but it is not an excuse. The Golden Bee, an annual STEAM competition for sixth-graders, is the perfect chance for Stephanie to prove to her classmates—and herself—that her ADHD does not define her. With her best friends by her side and a new coping technique called the ‘brain train,’ Stephanie has a real shot at being chosen for the coveted Queen Bee position. But over the course of the competition, Stephanie learns that winning isn’t just about the shiny trophy.”

She speaks from experience. A 1992 graduate of St. Daniel the Prophet School who then went on to Nazareth Academy and Columbia College, Storino is herself neurodiverse. She was diagnosed as a teenager and knows what it is to struggle in a neurotypical world where a kid who’s a bit different can be made to feel like a square peg in a world of round holes.

Her leap from teacher to published author began in 2020, as the pandemic was shutting down so many things.

Judging by some of the rave reviews it has gotten, though, “The Golden Bee” is finding fans of all ages.

“I loved the book and read it in two days,” wrote one woman. “The characters in the book resonates with a lot of real-life kids. Stephanie, the main character, definitely resonates with my 12-year-old daughter. Although my daughter doesn’t have ADHD, she does have anxiety, and some days she’s all over the place. She’s also very sensitive and can’t control her emotions, and that’s how Stephanie is. Having ADHD doesn’t define you. It only makes you stronger!”

Some are even comparing Storino to acclaimed authors like Judy Blume, Beverly Cleary and Ann M. Martin.

A consistent message of the book is that it’s OK to be different.

“The Golden Bee” is published by Gilded Press and is available via Amazon and other online book retailers.

Storino also writes the “Oh Look, a Squirrel” blog via WordPress. She lives in Garfield Ridge with her husband and three children, as well as a dog and a cat.

As always, men’s, women’s and children’s clothing will be accepted. New this year is that the group will also accept torn and worn clothing. As usual, linens, small household items, kitchen items, lamps and kitchen items are needed. Computers, keyboards and laptops, even if they are not in working order, can be donated. Albums, DVDs and CDs can also be handed over. Shoes, boots, slippers, purses, suitcases, books, backpacks and school supplies round out the list.

Until next week, please spread good cheer all around.