Hebein, a retired Chicago police officer, would like to improve on his results on his first run in 2020, when Hurley received 64 percent of the vote.

First elected in 2012, Hurley is now seeking her sixth term representing the 35th District, which stretches all the way from 84th and Loomis Avenue in Chicago, to the western edge of Orland Park at Will-Cook Road. In addition to Chicago neighborhoods such as Beverly and Mt. Greenwood, it includes all or part of Alsip, Merrionette Park, Garden Homes, Oak Lawn, Worth, Palos Heights, Palos Park, Tinley Park and Orland Hills. With a bachelor’s degree in criminal justice from St. Xavier University, she currently chairs the Police and Fire Committee in the General Assembly. She is the Moderate Caucus whip and serves on the Joint Committee of Administrative Rules, Labor, Cities & Villages, Public Utilities, Transportation: Vehicle Safety, and Elementary/Secondary Education Committees. 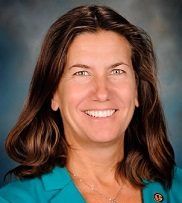 Hurley and Hebein are both longtime Mount Greenwood residents, and members of St. Christina Parish.

Both candidates are campaigning on issues such as fighting crime, support of police, and the need to improve the economy. But their views on accomplishing those goals differ. Neither responded to requests for interviews.

On his campaign website, Hebein pledged to focus on other issues, such as “cutting spending, protecting 1st and 2nd Amendment rights, protecting the lives of unborn children”—obviously referring to the Supreme Court’s decision overturning of Roe v. Wade, and allowing states to outlaw abortion. He also said he would be “stopping the indoctrination of our children,” “saving our freedom” and “no more mandates,” referring to actions taken by Gov. Pritzker during the COVID-19 pandemic.

In published reports, Hurley has expressed support for “legislation that allows for a woman to make her own decisions about her body and reproductive care.” She said that she would “fully evaluate” any future proposed legislation, and “talk to all stakeholders with the overall goal of protecting a woman’s right to choose.” 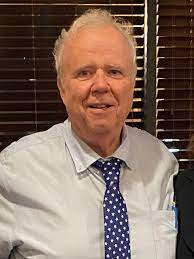 During the campaign, Hurley is highlighting her accomplishments while in office, particularly in the most recent session of the state Legislature.

“This session, I passed legislation to increase access to mental health care, support first responders and their families, and provide financial relief for struggling families across Illinois,” said Hurley in one of mailings.

Among many other bills she sponsored, Hurley cited the Continuing Education bill (HB40), which Pritzker signed into law in July, allowing students in special education to complete a school year after turning 22. Previously, they had lost benefits and had to leave school immediately after their birthday.

She also sponsored several bills involving first responders that implement recommendations of the First Responders Suicide Prevention Taskforce, which she co-chaired. These will provide training to recognize signs of work-related stress that could lead to suicide, and making it easier for first responders to access mental health counseling and treatment without repercussions from their superiors. Another bill would create a dedicated phone number that people facing mental health crises could call instead of 911.

Hurley has also introduced House Bill 4125, which would make it a felony hate crime to attack or harass a police officer with a minimum of one year in jail for first offenders.

House Bill 4368, which expands protections for victims of domestic violence by making it easier to get orders of protection, was also introduced by Hurley this year.