Skip to content
November 6, 2022/Comments Off on Cunningham, McGovern face off in 18th Senate District

State Sen. Bill Cunningham (D-18th) has said that taking on crime and keeping constituents safe is a top priority in his district.

However, Republican Christine Shanahan McGovern, his opponent in the Tuesday, Nov. 8, general election, also said that crime needs to be held in check but believes Democrats are not doing enough to prevent it. 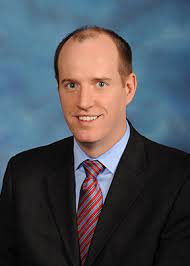 The 18th District extends as far east as Evergreen Park and includes portions of Oak Lawn, Chicago Ridge, Worth, Palos Heights and as far south as Orland Park. The district also includes most of Beverly and the Mount Greenwood neighborhoods of Chicago.

“In order for us to thrive as a community, we need to feel safe where we live,” said Cunningham, a Beverly resident. “Getting our police officers the resources they need and passing legislation that makes it easier for them to address increasing crime are two of my top priorities in Springfield. Which is why I supported a budget that provided millions of dollars for law enforcement recruitment and training, including hiring 300 or more Illinois state troopers, the largest one-time investment in our state’s history.”

This is the first time that McGovern, 52, is running for a political office. She was elected twice to a local school board and has been a mentor to neighborhood children as a Girl Scout leader. She owns her own business, Home Again Realty, and recently organized the Chicago team of ReOpen Illinois in support of local businesses.

McGovern, a resident of Chicago’s Mount Greenwood neighborhood, believes that more needs to be done to prevent crime. She believes the SAFE-T Act should be repealed. 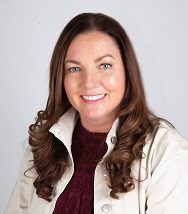 “I believe that 100%,” McGovern said. “There is no accountability for the criminals and this starts from the top down. The path towards removing guns from law-abiding citizens is unjust. Our police are not the enemy and this is why I began Back the Blue with two friends and organized the first rally at the Columbus statue. Remember that planned and purposeful attack on our police officers? Chicago Mayor Lori Lightfoot and Gov. J.B. Pritzker, along with the elected officials who remained silent, have all contributed to the destruction.”

Cunningham had served as a chief of staff to Cook County Sheriff Tom Dart before becoming an elected official. He also believes that a crackdown on carjackings is necessary.

“To help find the criminals responsible and prevent further theft, I helped pass legislation that makes it harder for them to trade in stolen parts for cash,” Cunningham said. “This same legislation requires that metal recycling facilities report specified information into an electronic record-keeping system for each purchase of a catalytic converter or its contents. This will prevent any handshake deals and cash exchanges that benefit criminals.”

McGovern said that more needs to be done for the local business community and opposes any further mandates that shut down them down.

“The shutdown of the economy can never happen again,” McGovern said. “This was an economic failure. Every business is essential to their livelihood and those of their employees. Illinois has a fiscal problem that is causing residents to flee.”

McGovern also said that increased taxes and pension deficits have to be dealt with to reach a balanced budget. She is also concerned about the educational system that emphasizes a “sexualization movement of our children” and should not be mandated in the curriculum.

Schools should remain open for in-person learning, said McGovern, a mother of two daughters. She also believes in school choice.

Cunningham has stated that he is pro-choice for women. McGovern opposes abortion but emphasized that they should only occur when a woman’s life is in danger. It should not be used as a form of birth control, she said.

A graduate of St. Mary’s Elementary School in Mokena and Lincoln-Way High School, McGovern received a degree from Regent College in Albany, N.Y.

McGovern spoke out against a longer school day in Chicago with other supporters and got the school day shortened, she said.

“I believe every child can succeed, I really mean that,” McGovern said.

“As your senator, it will be my responsibility to help pass legislation that will better this district and the state,” McGovern said. “I want to bring basic common sense back into Springfield.”

Cunningham said that he is committed to bringing more jobs to Illinois. He added that he wants everyone to have a secure occupation with a living wage. He supports the Climate and Equitable Jobs Act for renewable energy businesses. The legislation will help Illinois on its path to reach 100% clean energy and will create jobs to benefit people in the 18th District now and in the future, he said.

Advocating for improved quality of life for seniors is another one of Cunningham’s goals.

“Our seniors deserve consistent high-quality care and families deserve to know their loved ones are well taken care of,” Cunningham said. “Legislation I championed creates incentives for people to qualify as trained home care providers, makes home care more regulated, and reduces the overall cost of care for our seniors.”

Cunningham graduated from St. Barnabas Elementary School in 1981 and Mount Carmel High School in 1985. He received a degree in political science from the University of Illinois Chicago in 1990. He is married and has two daughters.