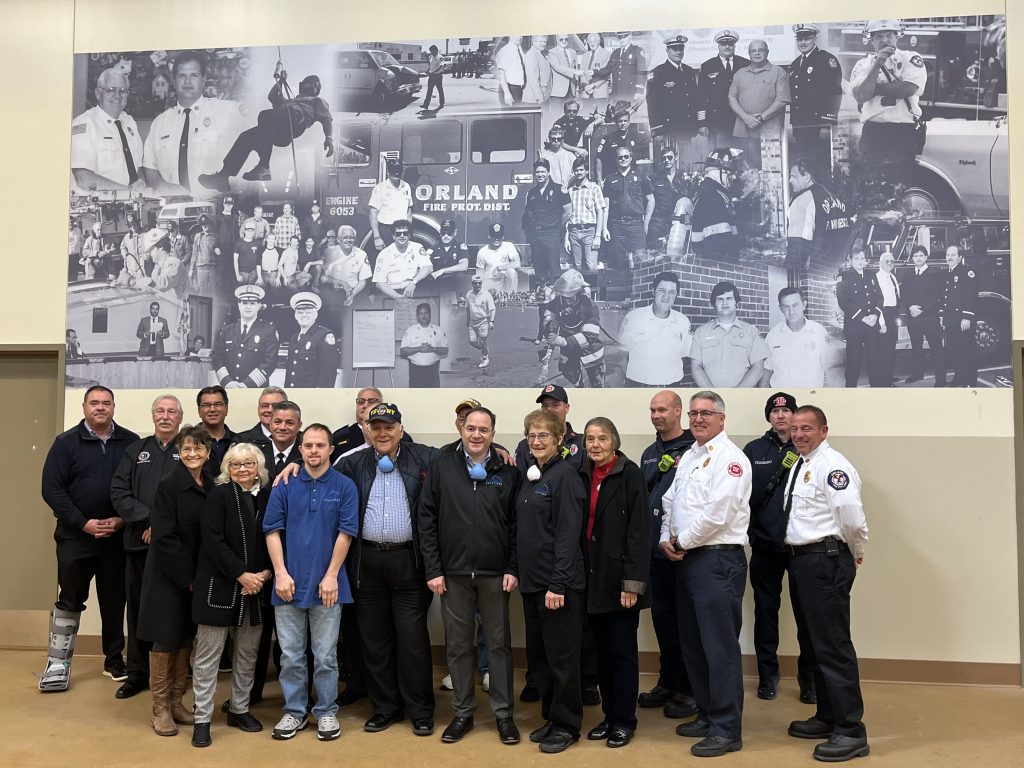 A group of responders and members of EzCloud pose at the Orland Fire Protection District's training facility. (Photos by Jeff Vorva)

Orland Park’s EzCloud Solutions turned 10 years old this year and its owner, Victor Kress, is giving out presents rather than receiving them.

Kress donated more than $100,000 worth of TR1 Respirators/masks to members of the Orland Fire Protection District, Orland Park and Orland Hills police departments, and senior volunteers in Orland Township. Earlier in the year, he gave out close to $50,000 worth of masks to responders in Tinley Park.

Kress announced the donations at an Oct. 18 event at the Orland Fire Protection District training center. Orland Fire Chief Michael Schofield said that this was an outstanding donation to first responders.

“Police and fire – we are the first ones out there, no matter what emergency,” Schofield said. “To have a product like this – especially donated and it’s not coming out of our budget – is great.” 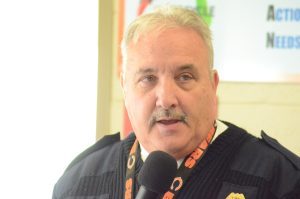 Orland Park Police Lt. David Ziolkowski said that masks such as these are needed.

“The last couple of years have been unprecedented in the number of protection equipment that’s been originally unobtainable and now it’s everywhere,” he said. “But there is a question of the quality and the craftmanship of a vast majority of it, which is cheap and generic. They are just masks.

“When Victor first came by a few months ago, we found it to be very impressive to have a sealing mask with this type of protective ability. We heard good things from Tinley Park about it. We are very fortunate and appreciative. We look forward to using them.”

Kress said the masks were built to last.

“The secret sauce is the filter,” he said. “The filter can last up to two weeks. It will give them that extra layer of protection throughout the day. The tactical respirators that we’re going to be donating has a tactical bag so they can carry it with them on the job and off the job.”

He added it’s important to provide masks to senior citizens as well.

“It’s not just the first responders that need that layer of protection, it’s the seniors because they are compromised,” Kress said. “We like to be able to give that same type of protection to everyone who are a part of the Orland Township seniors and we’ll be making a donation of our consumer-grade model to them.”

Kress’s father, Don is an executive vice president of EzCloud has been an extra actor in the TV show “Chicago Fire” and he appreciates what the real first responders have to go through.

“Orland Park is our home and what better way to thank all of them for keeping our employees, families and visitors safe than donating a product we know and trust to keep them safe in the line of duty,” he said. 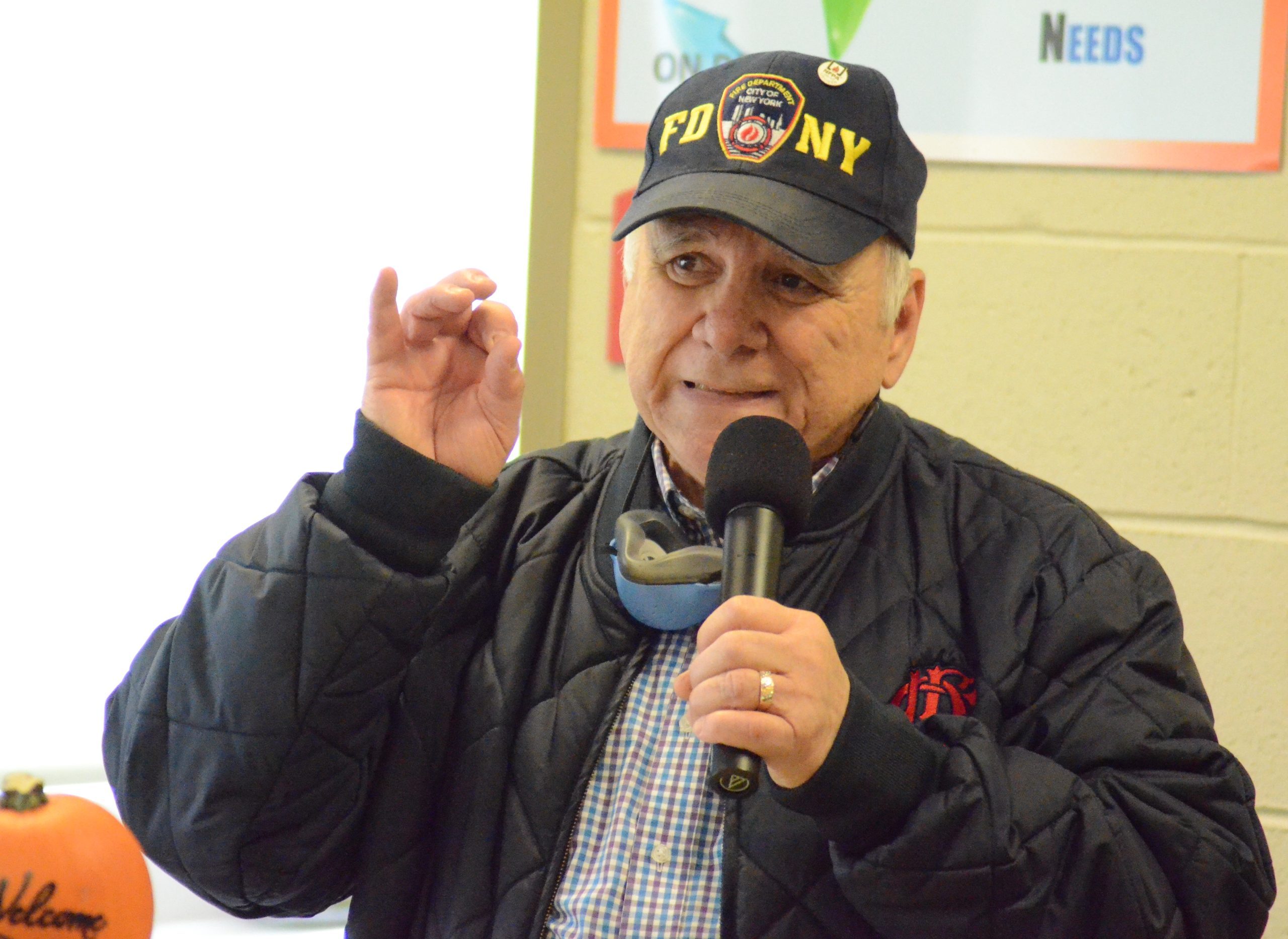 Don Kress, the executive vice president of EzCloud and an actor, said he is glad to help the Orland Park-area first responders.