Skip to content
November 7, 2022/Comments Off on Football Class 8A Playoffs: Lyons takes down Plainfield North 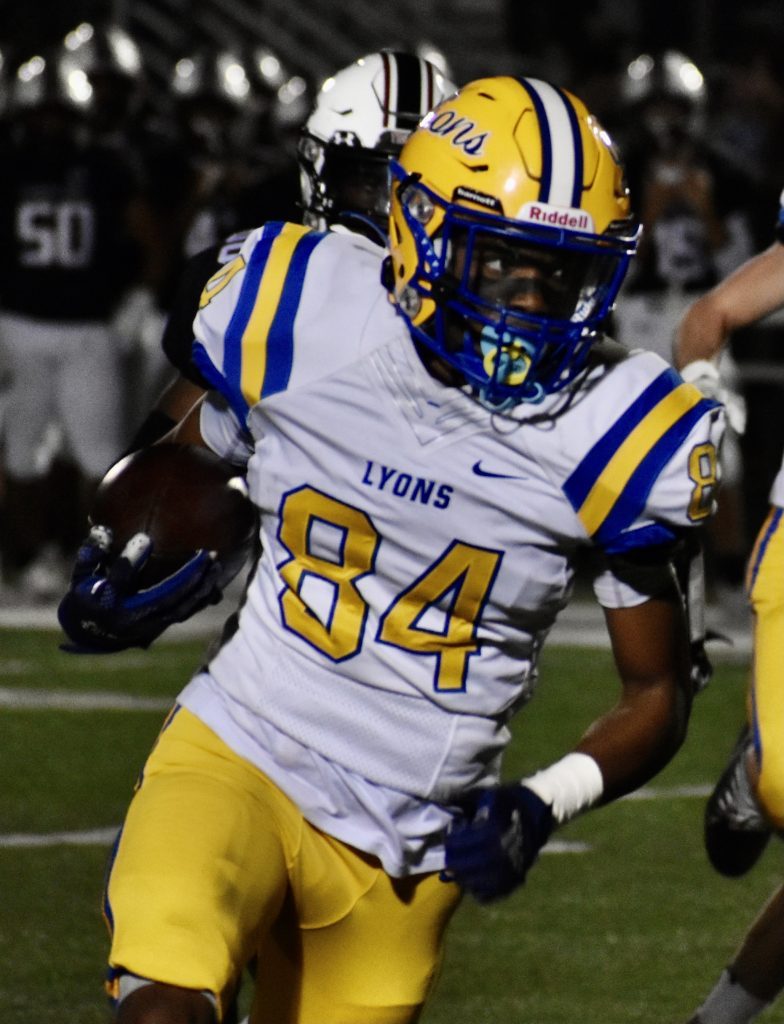 Lyons scored three touchdown during a wild third quarter and its defense shut down the Plainfield North offense in the second half, and the Lions advanced to the IHSA Class 8A quarterfinals.

One of tbose seniors, 6-foot-5 tight end Graham Smith, made a leaping catch of junior quarterback Ryan Jackson’s pass to give Lyons a 17-13 lead with 3:34 to play in the third quarter.

Shortly afterward, while playing linebacker, Smith sacked Plainfield North quarterback Demir Ashiru for a 12-yard loss on a fourth-and-six play from the Tigers’ 41. North had elected to not punt into a strong wind.

“We dialed up the right pressure and he didn’t see me coming off the blind side,” Smith said.

That set up a touchdown eight plays later by senior running back James Georgelos as time expired in the third.

On second-and-goal at the 8, Jackson passed to Georgelos around the 5. Georgelos eluded a defender and dove inside the right pylon for a 24-13 lead.

“I won’t forget that for the rest of my life,” Georgelos said.

Georgelos, who gained a team-high 43 yards on 11 carries, was not surprised Lyons won.

“We went toe-to-toe with Glenbard (West) and York,” he said. “We knew we could hang with the big dogs. We don’t care about no record. We trust ourselves.” 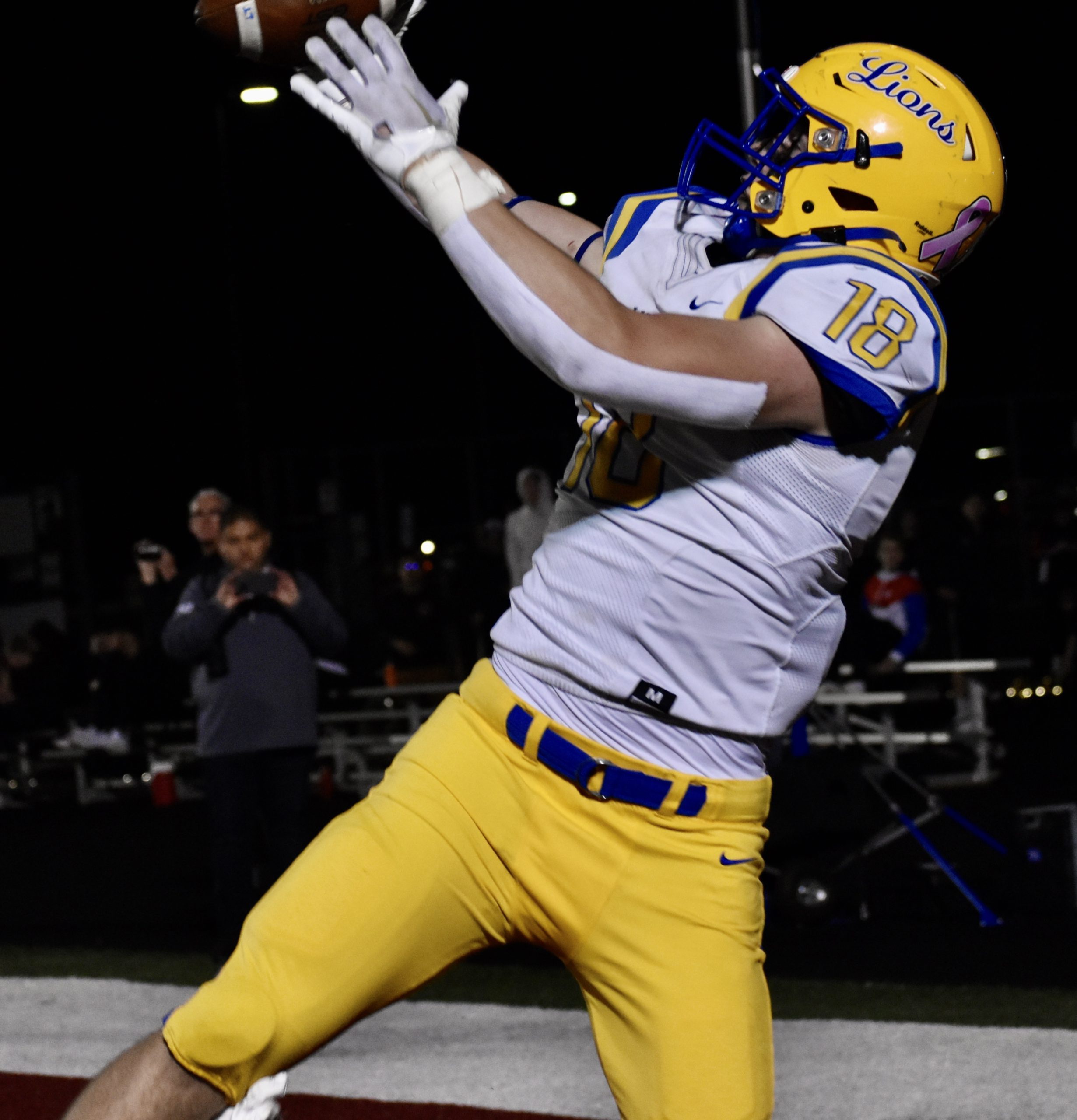 Senior tight end Graham Smith catches a touchdown pass during the 24-13 win over Plainfield North in the second round of the Class 8A playoffs. Photo by Steve Metsch

He and senior Danny Pasko (15 carries, 41 yards) led a solid ground game that controlled the clock.

Sophomore Travis Stamm started the rally from a 13-3 halftime deficit by catching a 9-yard touchdown pass — the third by Jackson — to cut the Tigers’ lead to 13-10. Stamm had a team-best 68 yards on five receptions.

“The message (at halftime) was to believe that we can beat this football team, but you have to play one play at a time. We had the wind at our back and we were aggressive,” Beutjer said.

Smith and Jackson, the latter who completed 13-of-21 passes for 126 yards and three TDs, were tuned into one another.

“[Ryan] was rolling out left. I saw him scrambling out and I just ran to the back pylon,” Smith said. “I didn’t think he was going to throw it, but that was an amazing throw. RJ’s a magician. He can get out of so many situations.”

So, can the elusive Ashiru, whose scrambling resulted in a pair of touchdown passes and a 13-3 halftime lead. His throwing into the strong wind may have led to two interceptions.

Stopping Ashiru was the goal.

“He’s super athletic,” Smith said. “He can extend plays. He’s a danger. We couldn’t shut him down all the way.”

Senior linebacker Noah Pfafflin, whose interception set up the drive that led to Smith’s touchdown, said the team’s halftime discussion paid off.

“We talked in the locker room that we had to have a big second half and that’s what we did,” Pfaffline said. “We shut them out. The offense put the pedal to the metal.”

“This is the most fun I’ve ever had,” King added. “I love playing with each and every one of these boys. They’re my brothers.”

An interception by junior DB Caleb Greer 1:42 into the game set up David Waight’s 22-yard field goal for a 3-0 lead.

“They want to show our community that LT can be a winning football program,” Beutjer said. “It’s a process. The kids have worked really hard. They don’t like to lose.”