Skip to content
November 7, 2022/Comments Off on Pigskin Wrap: Brother Rice and Mount Carmel to meet for fourth time in two seasons 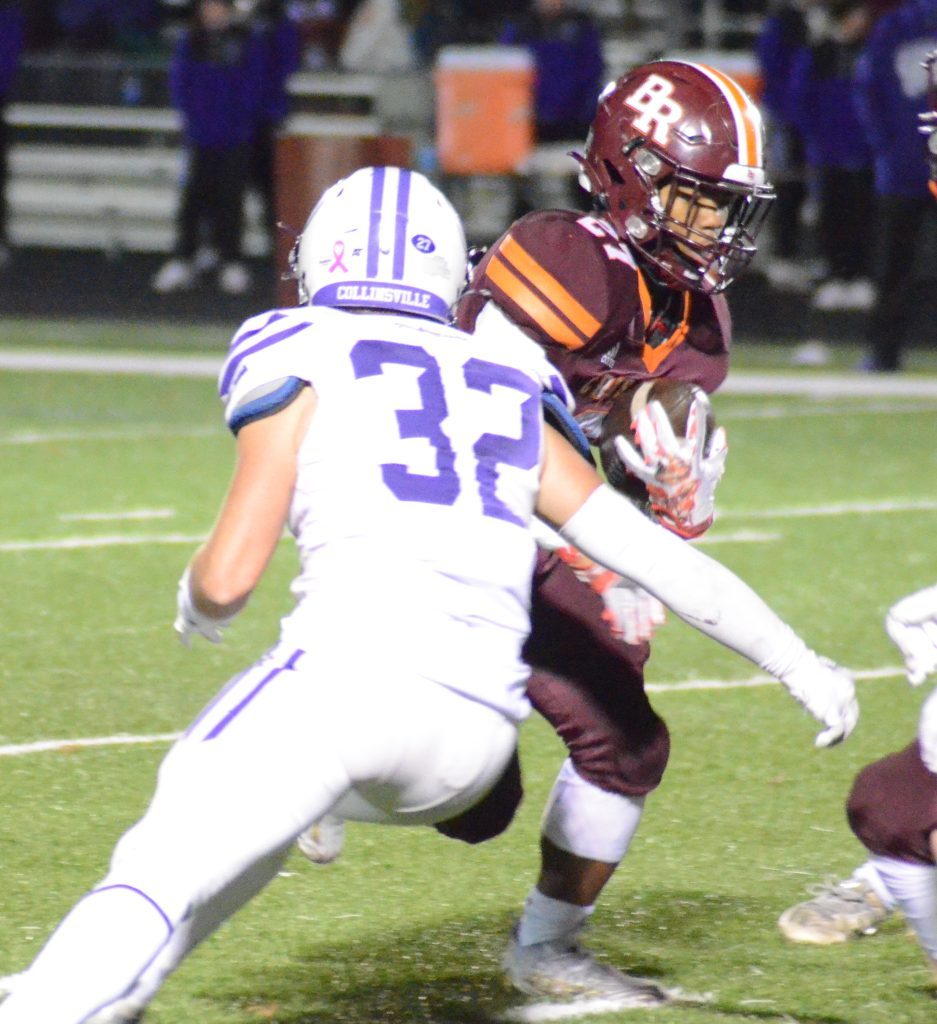 Brother Rice running back Te'Shon McGee picks up yards against Collinsville during the Crusaders’ win in the Class 7A playoffs on Nov. 5. Photo by Jeff Vorva

For the fourth time in two seasons, league rivals Brother Rice and Mount Carmel will do battle.

The way the playoffs have shaken out, 24th-seeded Brother Rice (7-4) will visit top-seed Mount Carmel (11-0) at 6 p.m. Saturday in the IHSA Class 7A quarterfinals.

The matchup materialized after second-round action when the Caravan rallied to beat Downers Grove North, 24-6, and the Crusaders convincingly beat Collinsville, 44-14, on Nov. 5.

In Mount Carmel’s win over the Trojans, the Caravan trailed 6-3 at halftime. In the second half, quarterback Blainey Dowling hit Jimmy Deacy with a 43-yard scoring pass and rushed for another touchdown to put the Caravan ahead 17-6. Alonzo Manning capped things off with 55-yard run.

The game featured heroics from sophomore special teams player Conner Stack. Stack, who was brought up to the varsity for the playoffs, blocked a punt and, later, scored a touchdown on teammate Nolan Smith’s blocked a punt. Stack caught the deflected ball in the air and took it in for a 32-yard score.

The Orland Park native was grateful for the opportunity.

“It felt amazing,” Stack said. “I just saw end zone and I was happy I scored my first varsity touchdown.”

Last year, the Crusaders won 43-36 at Mount Carmel during the regular season and 41-28 at home in the Class 7A quarterfinals.

Marist loses heartbreaker
Marist dropped a 27-21 double overtime decision to York (11-0) in the Class 8A second round.

RedHawks senior quarterback Dermot Smyth threw for 147 yards and ran for 76 more, and engineered a game-tying drive that held send the game into overtime.

Marist (7-4) trailed 14-7 when Smyth capped the 72-yard march by hitting John Nestor with a 15-yard score with 4:36 to play in the fourth quarter. Jake Stefanos’ interception in the closing seconds preserved the tie.

The two teams exchanged touchdowns in the first overtime. On its second possession, Marist failed to convert a fake field goal attempt. Dukes quarterback quarterback Matt Vezza ran it in from 10 yards out on the next play for the game-winning score.

“The guys kept fighting,” Marist coach Ron Dawczak said. “They have nothing to be ashamed of. They fought. They can walk away from this game, even though it’s a loss, with their heads held up high.” 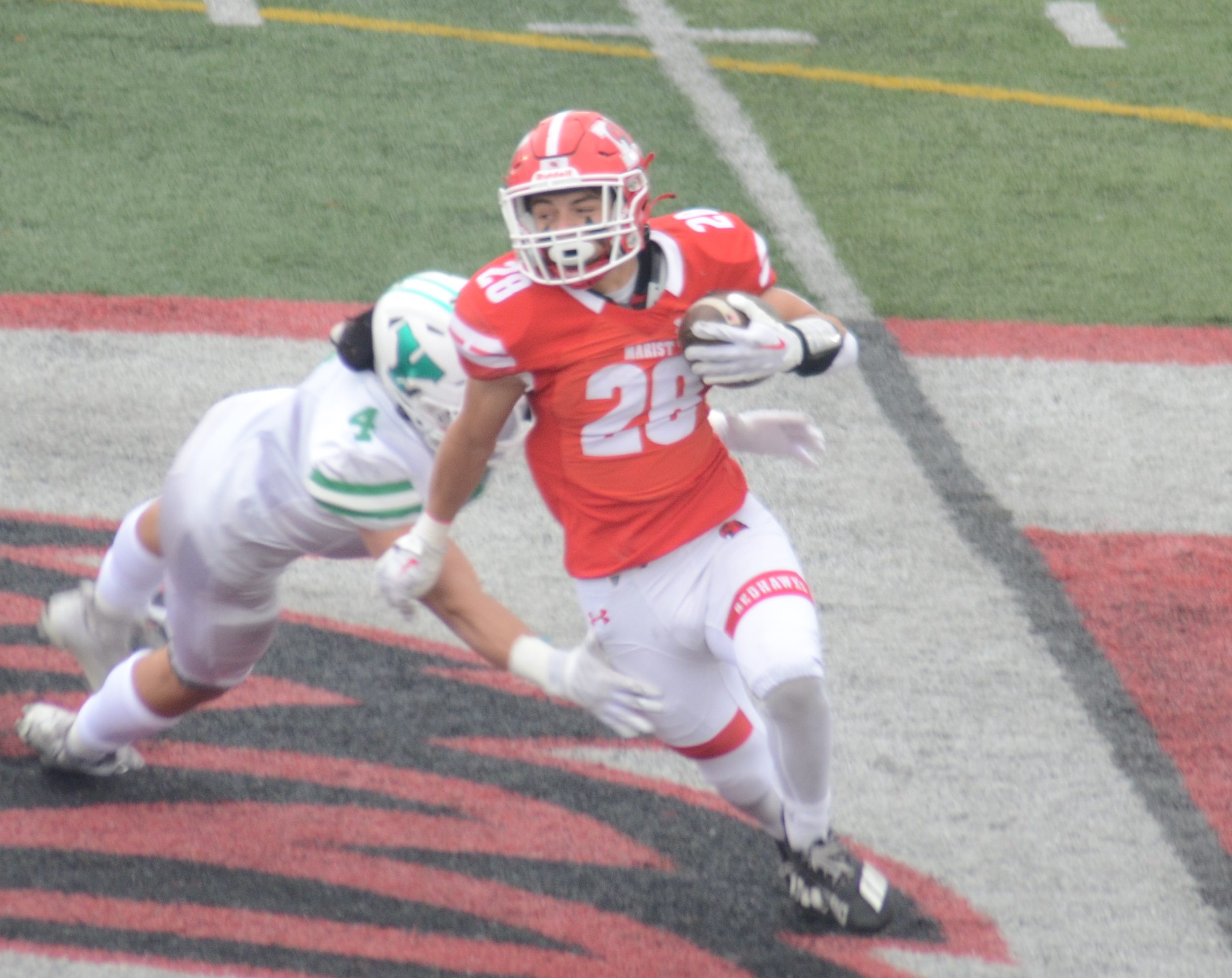 Marist running back Chris Lofgren tries to find running room against York during a Class 8A playoff game on Nov. 5. Photo by Jeff Vorva

Nazareth continues to be the state’s most dangerous four-loss team after knocking off third-seeded Rockford Boylan, 38-13, in the second round in Class 5A.

The 11th-seeded Roadrunners host second-seeded Morgan Park (10-1) in the quarterfinals at 1 p.m. Saturday.

Against Boylan, Logan Malachuk threw for 156 yards and three touchdowns while James Penley had four receptions for 99 yards and a pair of touchdowns.

The South Suburban Red’s last representative in the playoffs was eliminated as Evergreen Park dropped a 42-0 decision to Wheaton St. Francis in Class 4A.

League title on line for SXU and USF

Last year, there was a similar scenario in Joliet. SXU won the game and the conference, and clinched a playoff berth with a 26-20 overtime victory.

Against St. Ambrose, quarterback Stuart Ross threw for 272 yards and three touchdowns. Freshman running back Mario Price had a career-high 147 yards on 14 carries, including a 79-yard run.

De La Salle won its second game of the season as it beat Leo, 28-14, in the first round of the Chicago Catholic League playoffs on Nov. 3.

David Coffey rushed for 100 yards, including a 52-yard touchdown run, while Amarye Howard threw for 117 yards and rushed for 81 for the Meteors (2-8).

Evan Smith racked up three sacks while Myles Green and Angelo Chavarria each had interceptions for De La Salle. 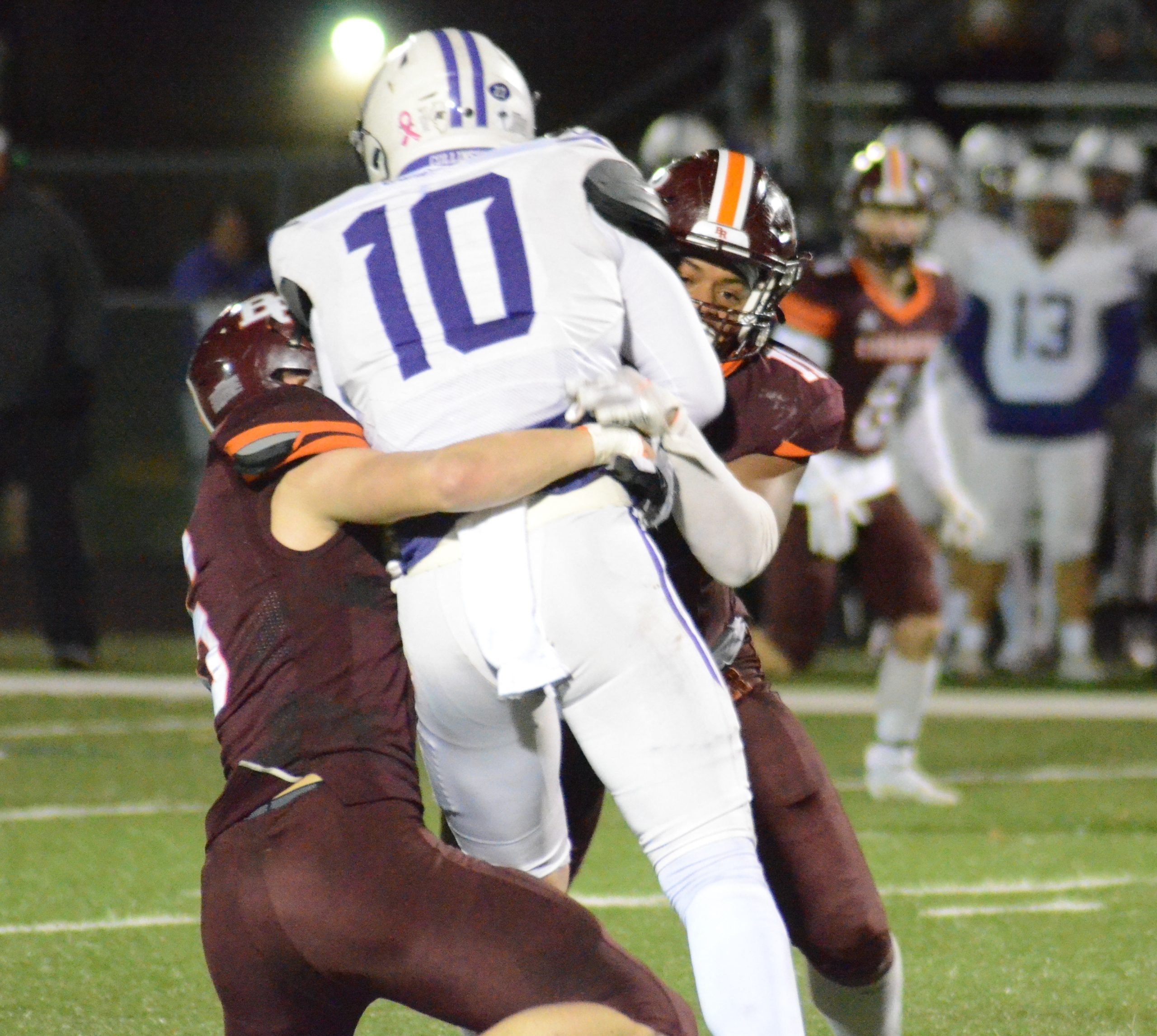