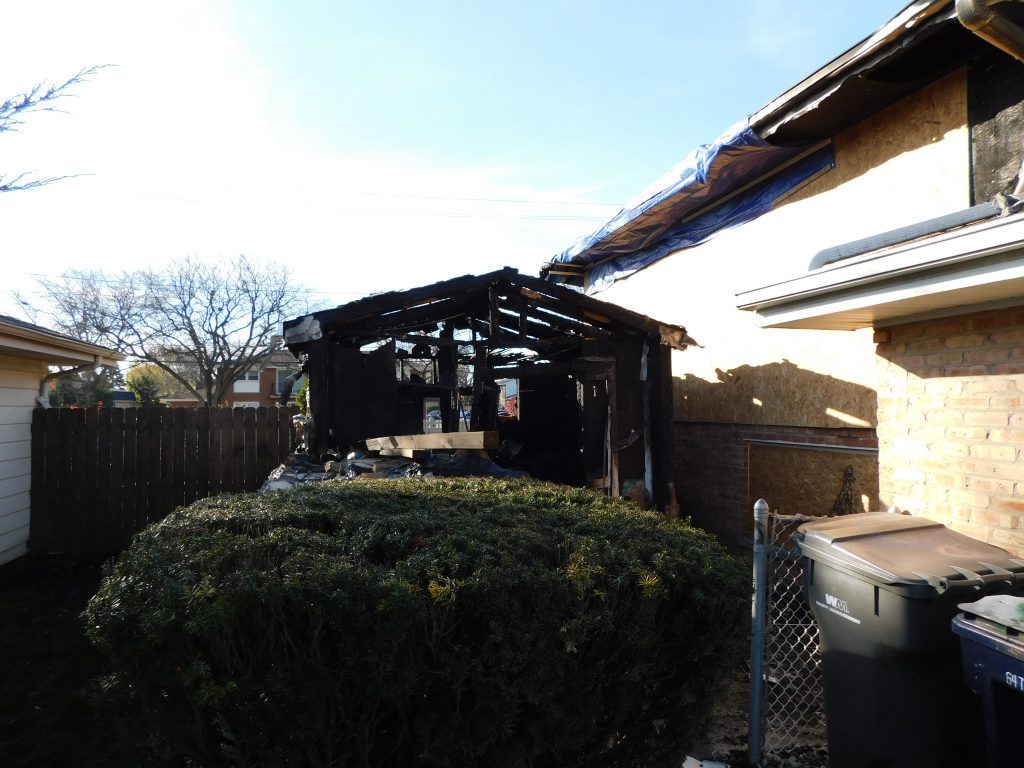 Orland firefighters responded late Monday night to a home in the 9800 block of Avenida Del Este for a shed fire that had spread to an adjacent tri-level home. (Photos by Steve Neuhaus) 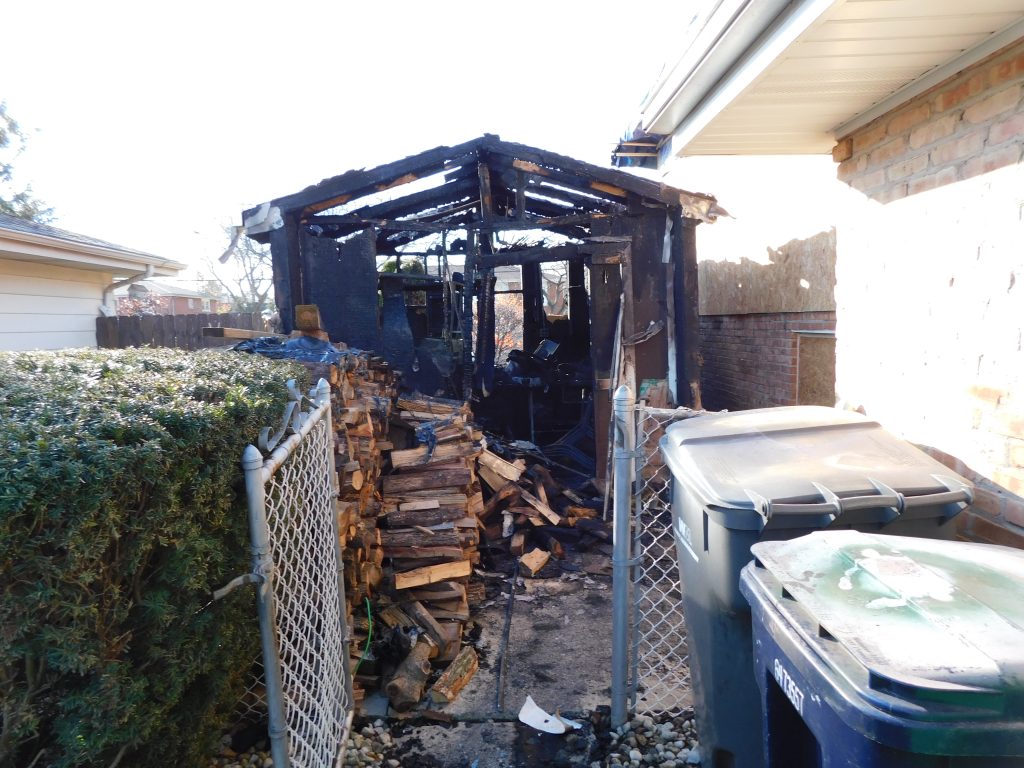 A fire believed to have started in a backyard shed quickly spread to the adjacent home Monday night in Orland Park.

Orland Fire Protection District firefighters responded to a 911 call at 10:41 p.m. Monday in the 9800 block of Avenida Del Este.

Firefighters said when they arrived there was heavy smoke and fire coming from the shed, which was adjacent to the tri-level home. Firefighters said the fire was spreading quickly into the attic of the second-floor of the home.

Residents of the home were alerted to the blaze by someone who saw the fire and kept banging on the front door until the homeowner came to the door. The homeowner told firefighters everyone made it out of the house safely.

No injuries were reported among firefighters.

Firefighters attacked the fire with two pre-connect hose lines from the front and rear of the home. The blaze was quickly brought under control and prevented the fire from spreading.

Orland Park police assisted by alerting neighbors in another nearby home and relocated them to safety.

The home was severely damaged and is currently deemed uninhabitable. The homeowner was able to stay with family members after the fire. 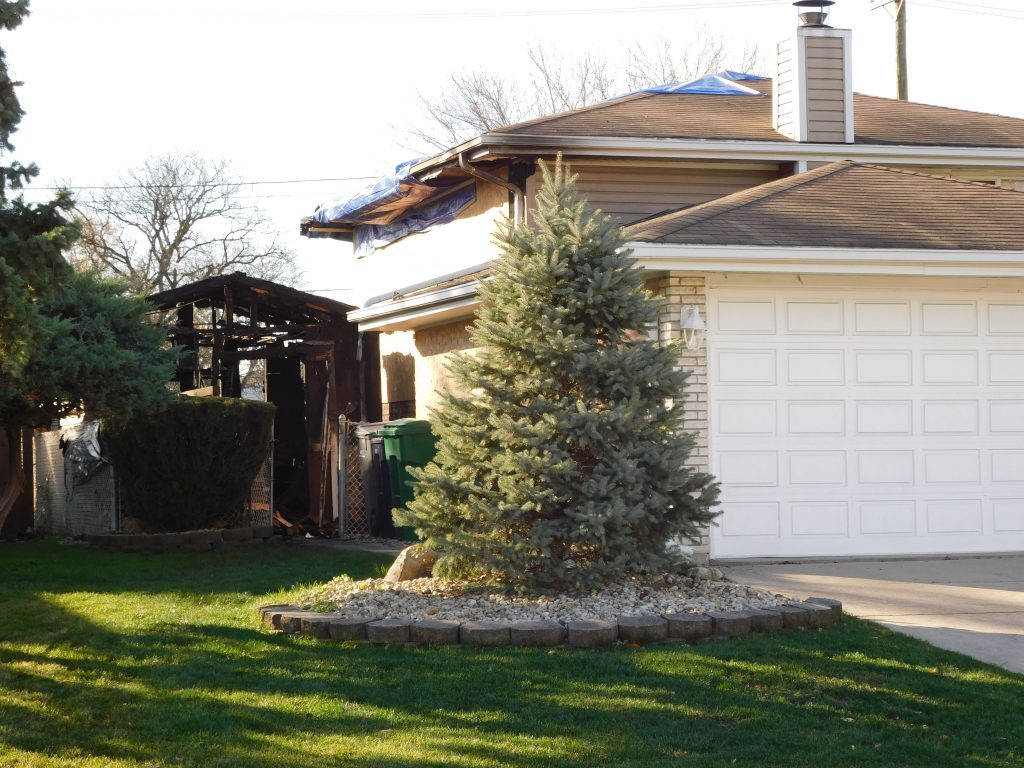 Fire damage has left this home in the 9800 block of Avenida Del Este uninhabitable.