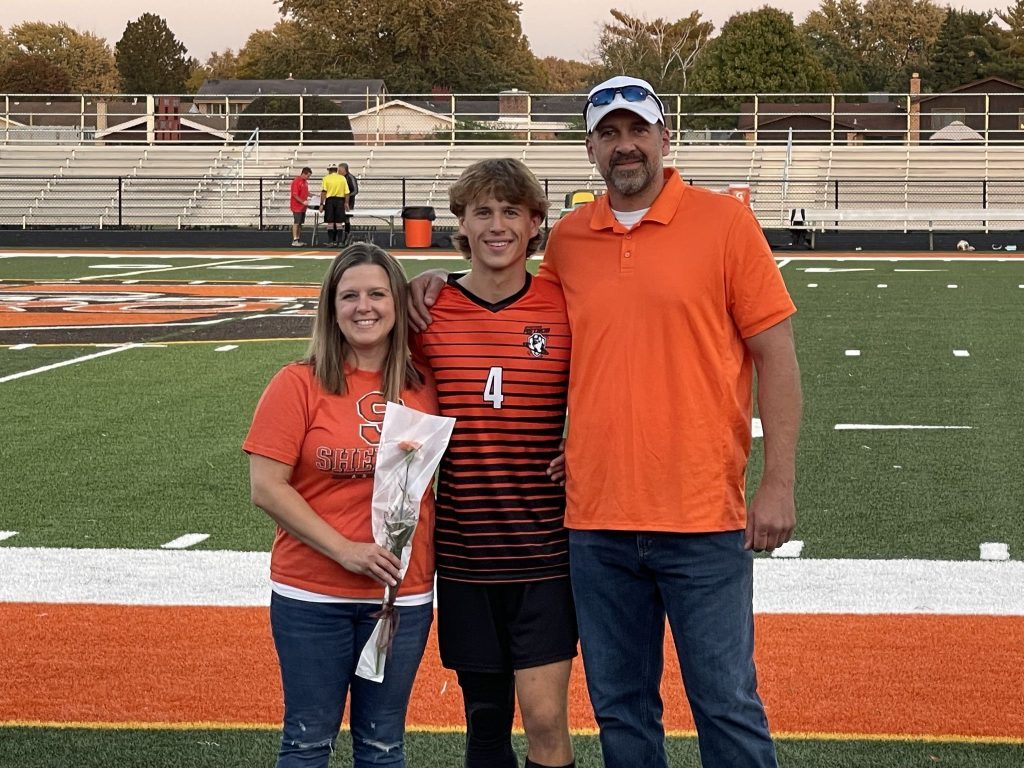 A vigil is planned for Wednesday, November 9, at 7 p.m. at the Shepard High School football stadium for senior Ryan Daniel Plowman, who passed away November 5 after a brief battle with mononucleosis.

Ryan’s family asks anyone who attends the vigil to wear something orange (one of Shepard’s school colors) or Shepard apparel.

Visitation for Ryan will be held on Thursday, November 10, at the Crestwood Recreation & Wellness Center, 5331 W. 135th Street, Crestwood, from 3-9 p.m. A Funeral Mass will be said on Friday, November 11, at 11 a.m. at St. Damian Catholic Church, 5250 W. 155th Street, Oak Forest. Interment location to be determined.

In lieu of flowers, donations to the Crohn’s & Colitis Foundation, www.crohnscolitisfoundation.org (733 Third Avenue, Suite 510, New York, NY 10017) would be appreciated.

His soccer coach, Zeno Toscas, an attorney in Palos Heights, has started a gofundme campaign for Ryan’s family at https://www.gofundme.com/f/ryan-plowman-memorial

Toscas wrote, “On November 5, 2022, Ryan Plowman, the treasured son of Dan and Jen and beloved brother of Drew, was unexpectedly called home. He was 17 years old. From the moment he was born on July 16th, his inner joy shined. Everyone loved him instantaneously. It was Ryan’s good attitude and likable personality that drew the multitude of family and friends to be by his side at Comer Children’s Hospital for a week as he courageously fought mononucleosis. Due to a compromised immune system related to a late diagnosis of Crohn’s Disease, Ryan’s body couldn’t fight off several complications from the virus.

“The Plowman Family has shown their love endlessly, whether it was at Incarnation or St. Damian, Crestwood Soccer Club or Shepard High School soccer. It is time for all of us to join together and support them in their time of need. It is what they would do for any one of us.

“We are kindly asking for donations for this incredible family. Your donations will be used to cover medical costs, lost wages, upcoming funeral expenses as well as other unexpected needs that may be incurred. If you can find it in your heart to make even a small donation to help with these expenses, it would mean the world to them and would help to lessen that financial burden while they grieve and learn how to cope with the loss of their son.”