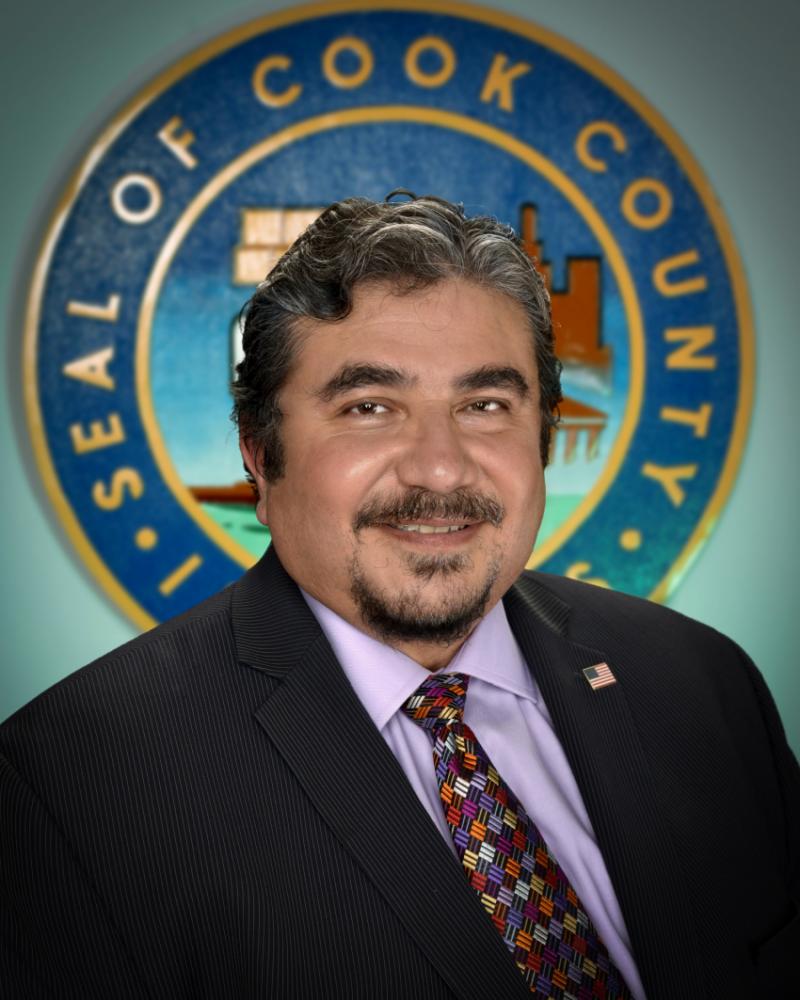 Aguilar, 61, more than doubled the votes for Kimberly Jagielski in the suburban portion of the district with 34,341 votes to Jagielski’s 15,369 with all but one suburban precinct reporting Tuesday night.

Jagielski was leading Aguilar in the Chicago precincts 1,984 to 1,640 with three precincts still out Tuesday night.

It was the first win for County Board for Aguilar who was appointed to the job in April 2020 after former commissioner and then McCook Mayor Jeff Tobolski resigned after he was named in a federal indictment.

A former state representative who served from 2003 until 2005, Aguilar has been an active leader in the Hispanic community and founded the Cicero Mexican Cultural Committee, which hosts and organizes Hispanic and Mexican American events in Chicagoland.

Aguilar, who grew up in Cicero and lives there now, has his suburban office on Ogden Avenue in Lyons.

“I would like to thank the residents and mayors of the 16th District for all of their support,” Aguilar said Wednesday morning.

“Infrastructure, storm water flooding, mental illness, behavioral health issues,” are issues he said he would work on in the future. “I will work with and support small local businesses to help them keep their doors open, and defending women’s rights is also important to me.

“I’d also like to concentrate on bullying issues in schools. Some parents of school students in my district have recently come to my office and told me of their concerns. Bullying isn’t a new issue, but it seems to be increasing in some areas of my district. I’d like to work with state officials on addressing bullying. Moving forward, I’d will focus on keeping the county intact, work with my colleagues and the board president.”

In an interview with WTTW, Jagielski had said she was running for commissioner “because I believe this county is worth fighting for. It’s time to elect officials who truly work for the people and not a political agenda.”

Crime, which she said is “running rampant,” is the biggest issue facing the district, she told WTTW. Jagielski has worked at a Cook County adult probation officer for the last 25 years.

Democrats dominated the County Board voting on Tuesday. Sean Morrison in the 17th District and Laura Mary Kotelman in the 10th District were the only Republican winners for County Board seats Tuesday night.

In the 15th District, Kevin Morrison won with a 56.94 percentage.