Skip to content
November 9, 2022/Comments Off on Morrison proud of victory but not happy with makeup of Cook County board 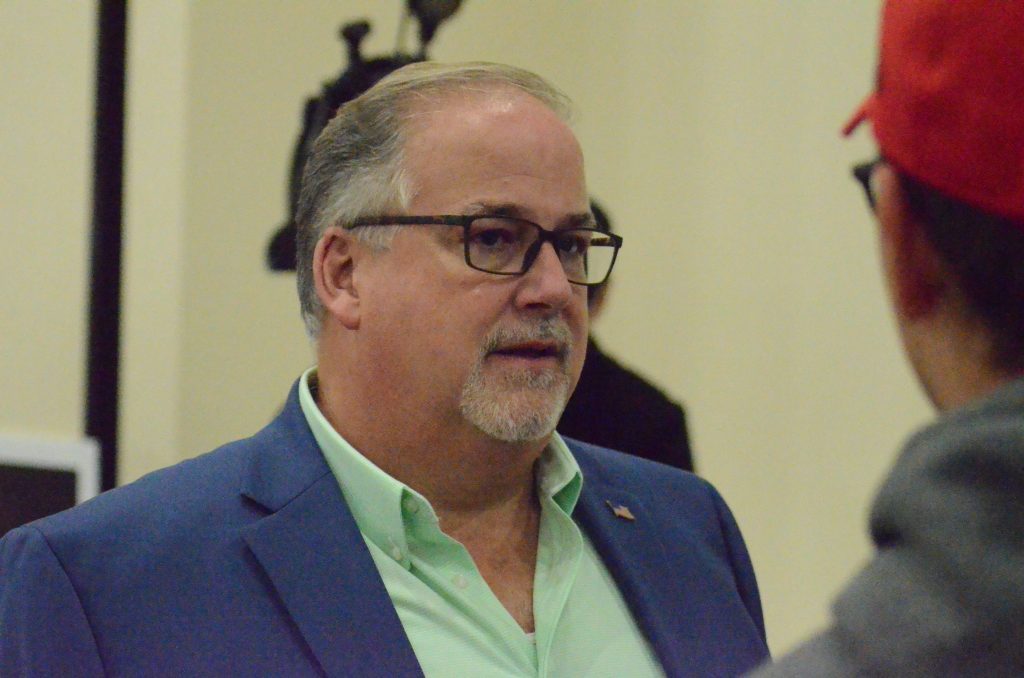 Sean Morrison talks to a supporter after keeping his seat on the Cook County Board of Commissioners. (Photos by Jeff Vorva) 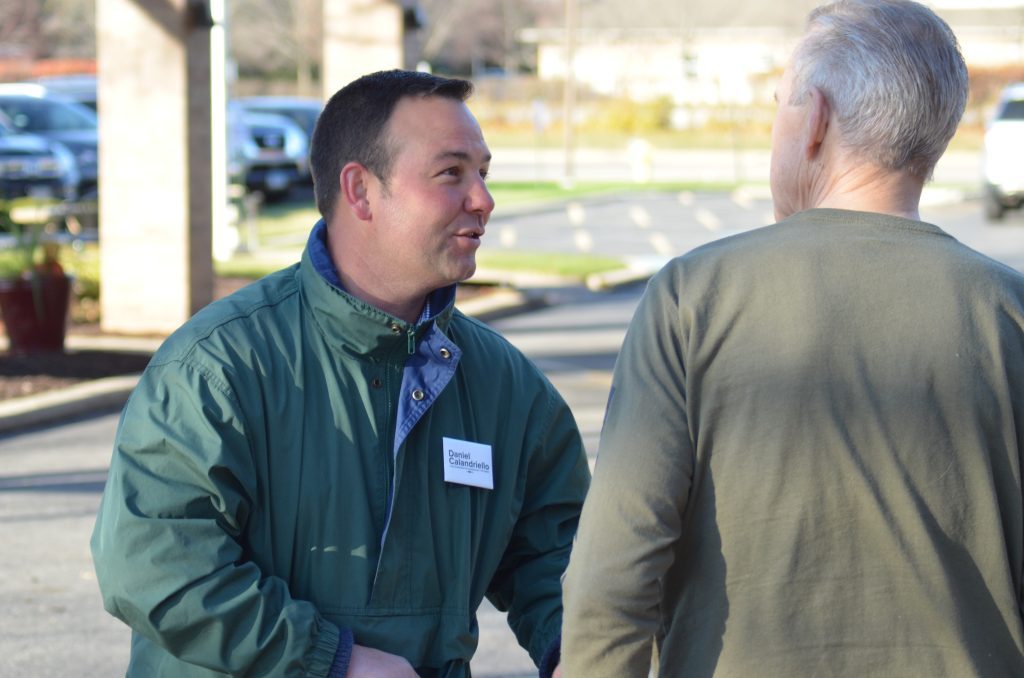 Sean Morrison will go back to work on the Cook County Board of Commissioners and continue to work with just one Republican ally.

And he’s not happy about that.

Morrison was hoping that perhaps a handful of Republicans could knock off some Democrats Tuesday night and give a little more balance to the board.

When he was first appointed to the board in 2015 there were four Republicans on the 17-member board. When he was elected in 2018, there were two.

After the smoke cleared Tuesday night, it appears that there will still be two. Unofficially, the Palos Park resident won back the 17th District seat beating out Orland Park’s Dan Calandriello 52.03%-47.97% with 100 percent of the precincts reporting. The election will not be official until the votes are ratified in the coming weeks.

Morrison said he was proud to win again, but was not happy with the bigger picture of the board’s makeup. Just he and Laura Mary Kotelman of the 10th District will be the lone Republican voices trying to make some noise for their side.

“Honestly, right now I feel sad for the residents,” Morrison said Tuesday night. “That’s truly how I feel. [Board President] Toni Preckwinkle is going to have carte blanche to do whatever the hell she wants.”

He named off a long list of the county’s woes from recent years including high crime and unemployment rates.

Aside from Morrison and Kotelman, Democrats dominated the board voting on Tuesday.

To get to Tuesday’s main event, Calandriello beat out LaGrange Trustee Lou Gale in the Democratic primary in June while Morrison beat former 17th District Commissioner Liz Gorman in the Republican primary.

Calandriello called Morrison Wednesday morning to concede after a close race. He said he was outspent 10 to 1 by the incumbent and ran a
grassroots campaign with the help of family and friends.
“I want to thank the voters of the 17th District. We ran a great campaign built on integrity and honesty. We focused on my vision for the future, not negativity towards my opponent. Sadly, we did not win; but we came very close without any support from mega donors or the political
establishment. We were outspent by at least 10 to 1 and still came close. I want to thank my family for all their support during this demanding time. It was an honor to be a candidate, and I thank all my supporters from the bottom of my heart.”
Calandriello said he looks forward to focusing on his law practice in Palos Hills and spending time with his young
family in Orland Park.