Skip to content
November 11, 2022/Comments Off on Johnny Rose is a singer with a dream 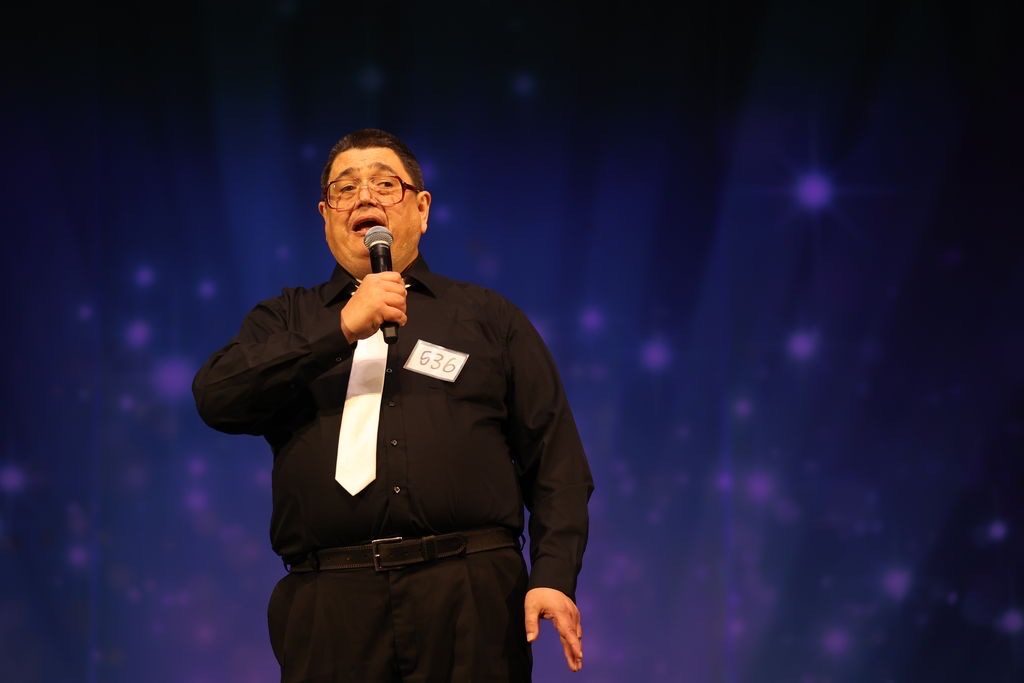 Johnny Rose is a singer with a dream

John Rosenthal is a man who wears more than one hat.

By day, he is a senior account manager at Associated Advertisers Inc. By night, he is an usher at the Lyric Opera of Chicago.

But beyond that, he’s Johnny Rose, a singer with a dream of fame. 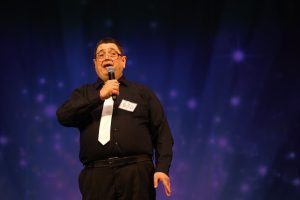 It is a dream the 56-year-old Clearing man has been working towards on for decades.

“It was back in my mid-20s when I began to take singing very seriously,” Rosenthal said. “I always loved listening to music, especially during my teenage years, but it was when I reached my 20s, it became my purpose.”

A Back of the Yards native whose family then moved to Clearing, Rosenthal attended St. Symphorosa School before heading off Brother Rice High School, where he graduated in 1984. From there, he went on to earn a bachelor’s degree from Columbia College Chicago with emphasis on radio core.

In 1988, he sang for the first time in the choir at St Symphorosa Church. It was then that his life changed forever.

“I knew at that exact moment that I would never be a complete person until I had the chance to sing,” Rosenthal said.

He officially joined the choir in 1990, a role he continued on proudly for 30 years, and said to have learned a lot from his instructors, particularly Susan O’Keeffe, who persuaded Rosenthal to take his singing to the next level by entering online showcases through the Chicago Voices website. Chicago Voices Community Created Performances are multi-year community engagement program presented in partnership with the Chicago Public Library.

Rosenthal’s first performance was of John Legend’s All of Me in 2016, followed by Hozier’s Take Me to Church.

“Both of these performances were very well received,” Rosenthal said.

This inspired Rosenthal in 2018, while he was obtaining his Emergency Medical Training State License, to record another video for Chicago Voices, being “You’ve Got To Hide Your Love Away” by the Beatles.

He received such positive praise for this particular performance that in January 2019, for the first time, he made the decision to audition for The Voice in New York City. The Voice is an American singing reality competition television series broadcast on NBC.

“I did this without any proper voice training,” Rosenthal said.

Even though he did not make the show, it was a great stepping stone in his singing career.

In August 2019, he began vocal lessons with Sophie Shear Vocal Studios in Nashville.

He auditioned for America’s Got Talent later on in 2019. The NBC reality television show focuses on undiscovered talent of all ages, from singers, dancers, magicians, comics, musicians, ventriloquists and more. These artists appear before celebrity judges who decide which contestants move on in the competition each week.

Since 2019, Rosenthal has auditioned for The Voice six times and for America’s Got Talent three times. He has also trained with professional voice instructors Sophie Shear, Katie Colosimo, Vanessa Schilling and Corrine Letourneau.

“I love everything about singing, from the warmup exercises to pounding out the songs,” Rosenthal said. “You have to sing a song into your body.”

Rosenthal said his magic has always come from being able to connect with the audience.

“I always strive to connect with the audience,” Rosenthal said. “I choose and sing songs that relate both to them and to me personally. That is what truly brings out the emotional aspect.”

Rosenthal also stressed the importance of being relatable.

“That is why I sing from so many genres of music, from pop to R & B, to country, to folk, to jazz,” Rosenthal said. “The ability to captivate an audience is really important.”

Rosenthal signed a one-year contract with Bentley Records on Oct. 10. He is planning a record focusing on pop and R & B music.