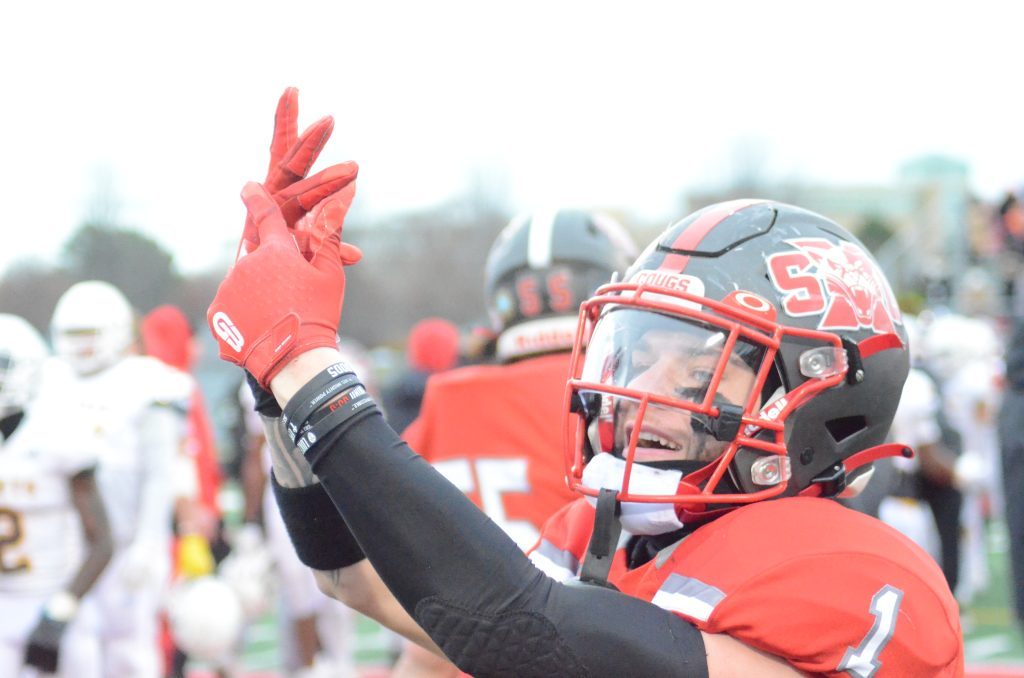 Kyle Quinn points to his ring finger as St. Xavier celebrates its 24-21 win over St. Francis to make it to the playoffs. Photo by Jeff Vorva

Saint Xavier’s defense will be put to the test in the first round of the NAIA Football Championship Series.

The Cougars (9-2) drew the 11th seed in the 16-team tournament that will decide the national champion. They will visit seventh-seeded Marian (Indiana) (8-1) at 12:05 p.m. Saturday at St. Vincent Field in Indianapolis.

Marian, which scored 86 points against Madonna (Michigan) and 67 against Taylor (Indiana), is led by quarterback Zach Bunaldo, who has thrown for 1,997 yards and 18 touchdowns this season.

To get to the national playoffs, the Cougars needed to sweat out a 24-21 victory over St. Francis (Illinois) Saturday at Deaton Field to win the Mid-States Football Association Midwest title.

The Cougars had a 24-7 lead with 4:21 left in the third quarter. St. Francis (7-3) scored twice but could not overtake the Cougars.

Amari Venerable, who had been battling injuries on and off for the Cougars, gained 76 yards on 15 carries.

“We had to earn this,” SXU coach Mike Feminis said. “Those guys over there [USF players] played their butts off. We’ve been fortunate. We’ve had so many close ones with them, and we always see to find a way to win it at the end. I’m so darn proud of them.”

St. Francis is a common opponent for SXU and Marian, the latter which beat the Saints, 31-7, on Sept. 17. 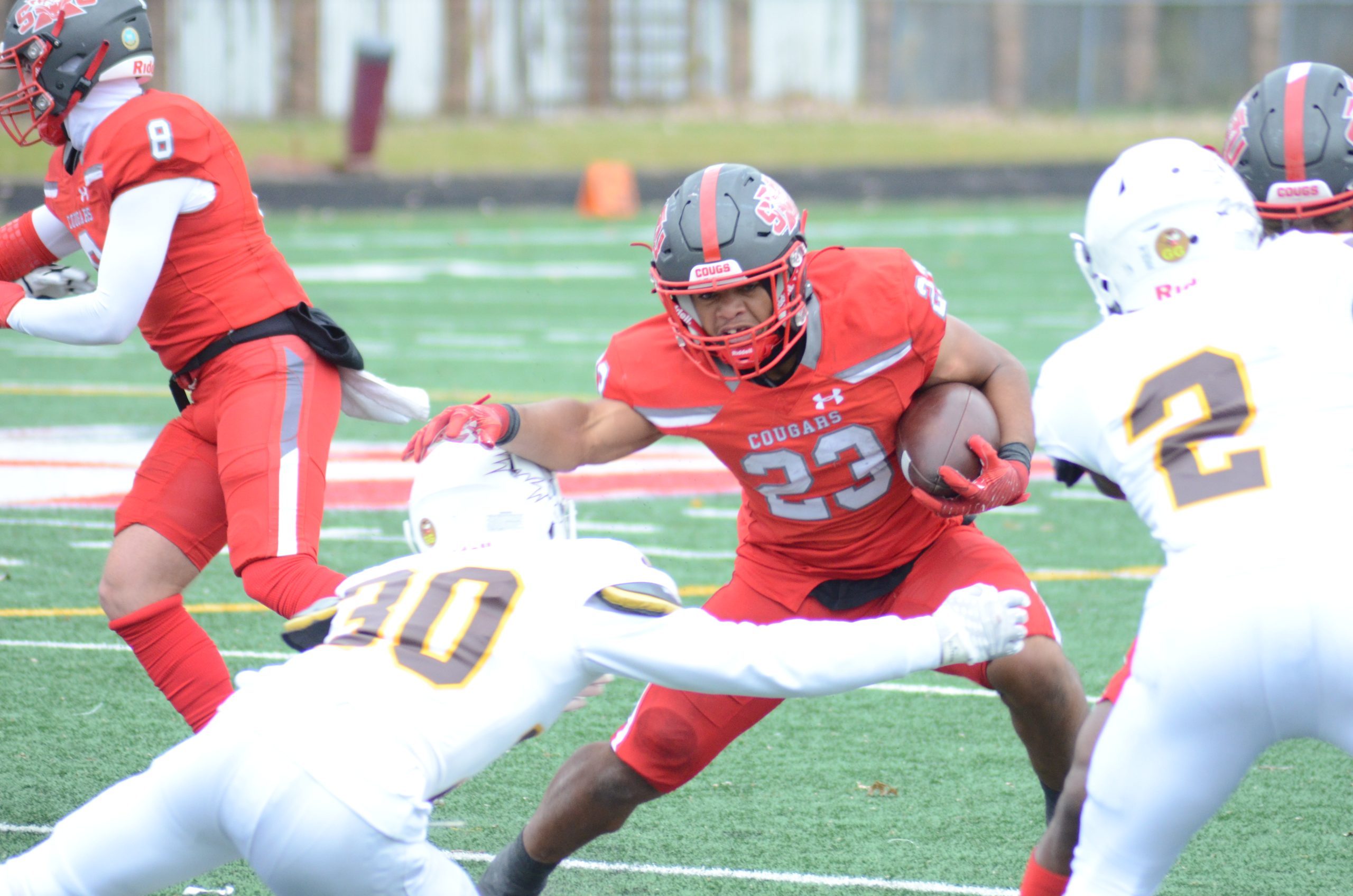 SXU’s Amari Venerable gains yards against USF Saturday to help his team make it to the playoffs. Photo by Jeff Vorva

A ‘special’ victory
St. Rita’s 28-7 Class 7A quarterfinal win over St. Charles North guaranteed the area will have three teams in the IHSA State Championship weekend on Nov. 26-27.

The Mustangs (10-2) host Mount Carmel (12-0) in the semifinals at 4 p.m. on Saturday. Mount Carmel beat the Mustangs 35-3 to open the season on Aug 26. The Mustangs were for that game missing some starting linemen because of injury.

Lyons falls to Loyola
Lyons (9-3) had one of its best football seasons in years come to an end with a 30-17 Class 8A quarterfinal loss to powerhouse Loyola (11-1).

CCL/ESCC playoffs
St. Laurence (4-6) advanced in the Chicago Catholic League/East Suburban Catholic Conference playoffs for the right to go to the Prep Bowl with a 39-7 win over St. Patrick on Nov. 11 in Burbank.