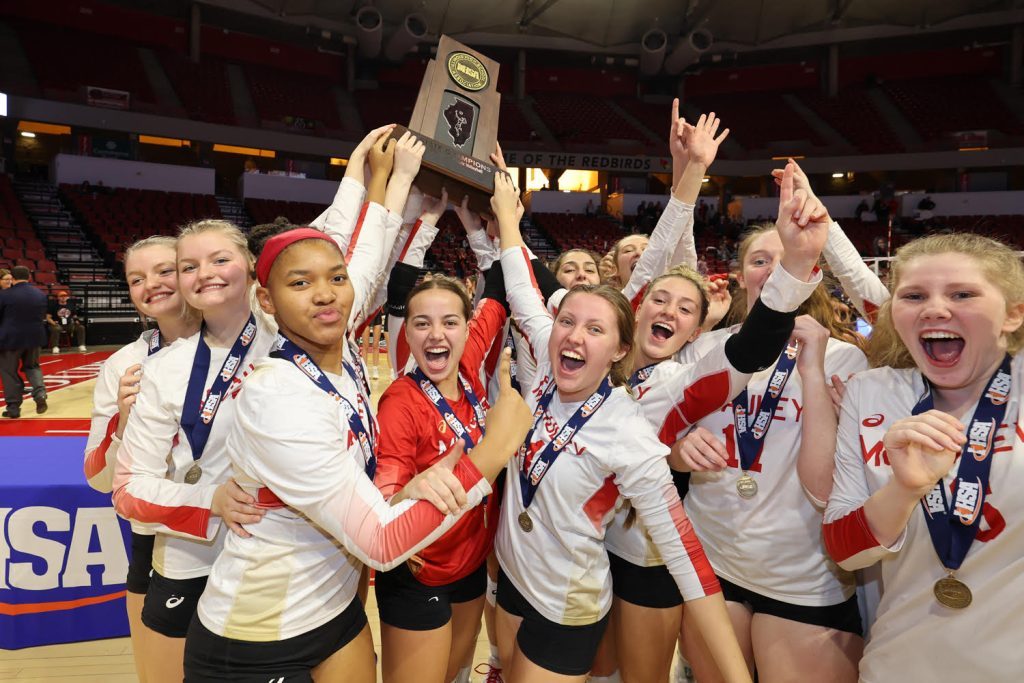 Mother McAuley players celebrate their Class 4A state title, which they won Nov. 12 with a three-set victory over Benet at Redbird Arena. Photo by Randy Whalen

Playing with the motivation of losing last season’s Class 4A state title match, Mother McAuley was on a mission to bring home the championship this year.

Ellie White led the way with a match-high 20 kills as McAuley captured its 16th volleyball state championship, and was perhaps a redemption after last season’s runner-up finish.

“Last year, after match point, we said we’d be back,” White said. “We had unfished business. That was the theme all year, that’s what we wanted to do. We had to fight for every point and our chemistry definitely got us through this. My teammates trust me and I trust them.

“This is incredible, it really hasn’t hit me yet.”

White, a junior outside hitter, added nine digs and saved her best for last as she served an ace for match point. That set off a wild celebration.

McAuley (39-3) chipped away but still trailed 20-18 when White, who has already verbally committed to Michigan, walloped a kill to start a 5-0 run, which was highlighted by a trio of kills from senior setter Tess Hayes (13 assists).

“That was crazy,” Hayes said of her serving streak. “I feel like we just had the biggest energy after coming back. Once we picked it up, we found our true selves and started playing like ourselves.”

White finished off the opener with a kill.

Benet took the second set, closing with an 11-1 blitz.

But have no fear, the third set was here. 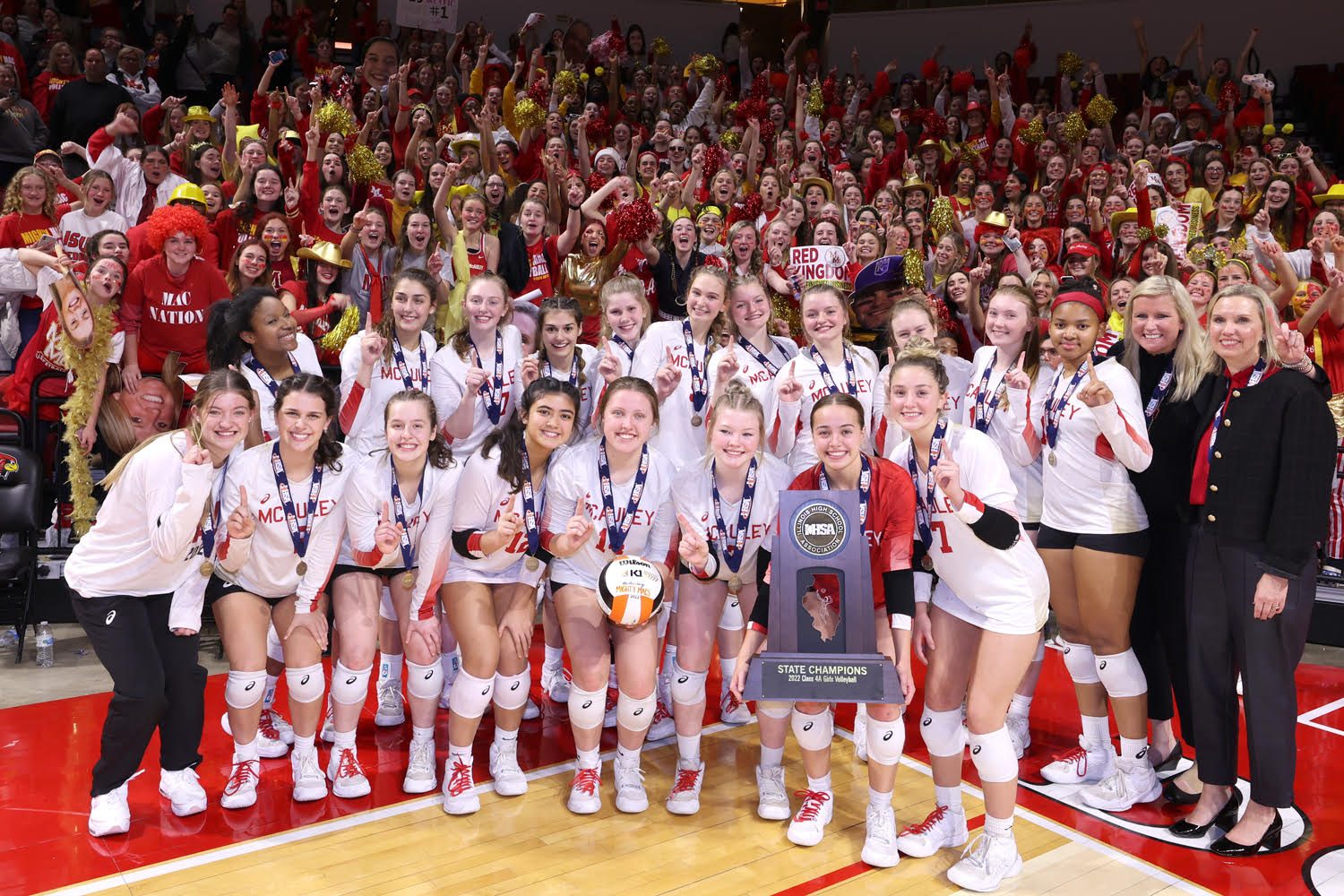 “We love third sets,” said McAuley junior middle blocker Ellery Rees, who had nine kills, two blocks, and two digs. “It pushes us that much harder and we wanted it.”

Including the two matches at state, the Mighty Macs were 11-2 in their 13 matches which went three sets. They never trailed in this third set, breaking out to a 7-1 advantage and never leading by fewer than three points.

“We really had to keep it light,” said Gigi Navarrete. “It’s a game, and we’re here to have fun. We had to remind each other to have fun but we also knew there was no letup. This was our goal all season.”

Navarrete, a defender extraordinaire who is committed to Northwestern, finished with 20 digs and four assists. She kept multiple rallies alive with digs.

“This whole team experience,” Navarrette said of what she’d remember about the season. “Just being in the moment. We got second last year and that fired us up.

“I wouldn’t have been able to do this without all my teammates and our fans.”

“I’ve been going to McAuley matches at state since I was younger,” added Rees. “So being on a team that won the state title is just an unbelievable feeling. I’m so proud of the team.”

White had a match-high 23 kills. She ended with 544 kills on the season, which placed her in the top 20 in a season in the IHSA record book.

“There are times I take her for granted,” McAuley coach Jen DeJarld said of White following the semifinal match. “Sometimes I just don’t appreciate her enough. She has a level of greatness about her.”

DeJarld, who has been coach of the Mighty Macs for the past 18 seasons, doesn’t take these trips to state for granted. This is the eighth trophy for McAuley under her, and the third Class 4A championship, joining the 2013 and 2016 teams.

“Last year we had it right there at our fingertips,” DeJarld said. “The momentum can change so fast in this game. But we had unfinished business, and it was our fortitude and grit that drove us through the tough stretches to get it.”