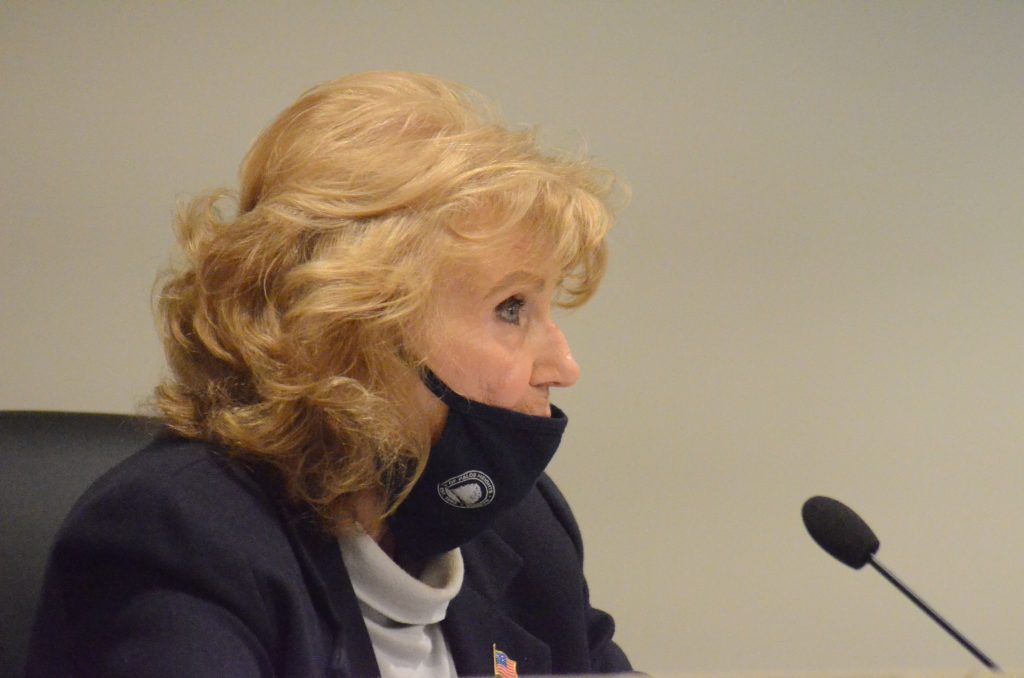 Dolores Kramarski, shown at a Palos Heights meeting in 2021, died on Nov. 2. The former alderman served on the Palos Heights City Council for 22 years. (Photo by Jeff Vorva)

There will be a memorial visitation from 3 p.m. to 8 p.m. Nov. 30 at the Kerry Funeral Home and Cremation Care Center, 7020 W. 127th Street. In lieu of flowers, the family requests donations to St. Jude Children’s Hospital.

“She served with us and was very visible throughout town and I probably saw her and her husband, Bob, at more events than anyone,” Mayor Bob Straz said. “They showed up for everything.

“She was committed to the city and was devoted to the Roads and Construction Committee, which she chaired for many, many years. She will surely be missed. Our hearts go out to Bob and the rest of the family.”

Alderman Michael McGrogan was saddened with the news of her death.

“I served with Alderman Kramarski for a number of years, and she will be missed,” he said. “I know that everyone here feels the same.”

The wheels have been set in motion for Pete’s Fresh Market and Pride Stores gas station to come to town.

The council approved the city attorney to draft resolutions with tax classifications for Pete’s to move in the former Dominick’s Finer Food building, 6104 W. 127th St. and Pride at 7150 W. 119th Street, near the corner of Harlem Avenue and Route 83.

The Dominick’s building has been vacant since 2013.

The site for the Pride Store has been vacant for 25 years.

During his State of the City address in March, Straz said the addition of the two businesses could mean the city will receive close to $2 million a year in sales tax.

“That’s something unheard of in the City of Palos Heights,” he said.