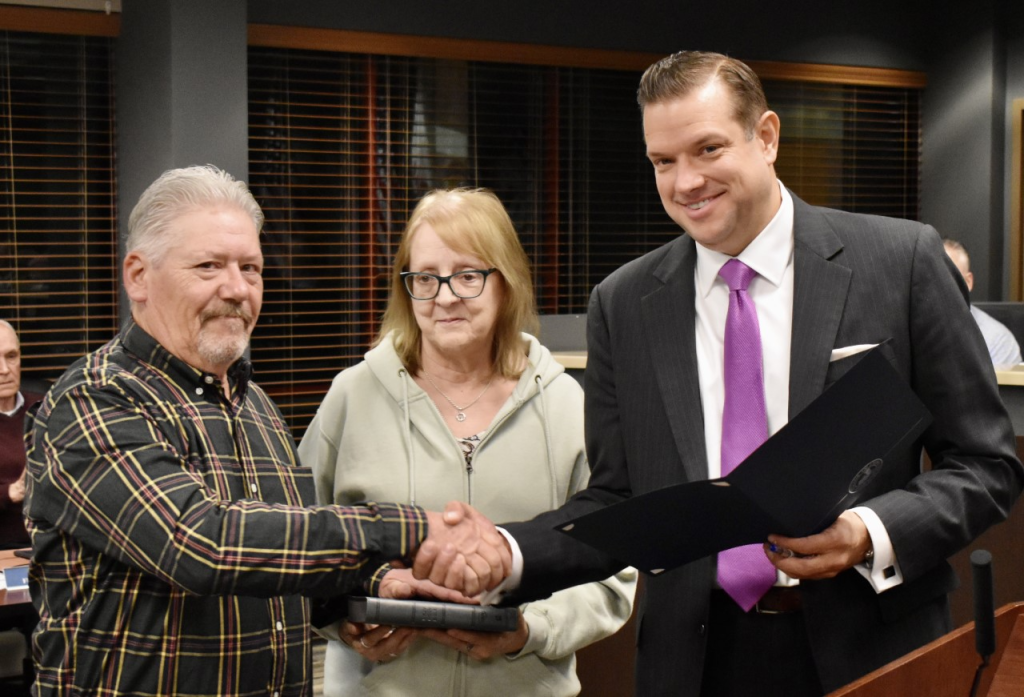 Lyons Mayor Christopher Getty congratulates James Koc after he was sworn in for the Zoning Board of Appeals. Koc's wife Terry is in the center. (Photos by Steve Metsch) 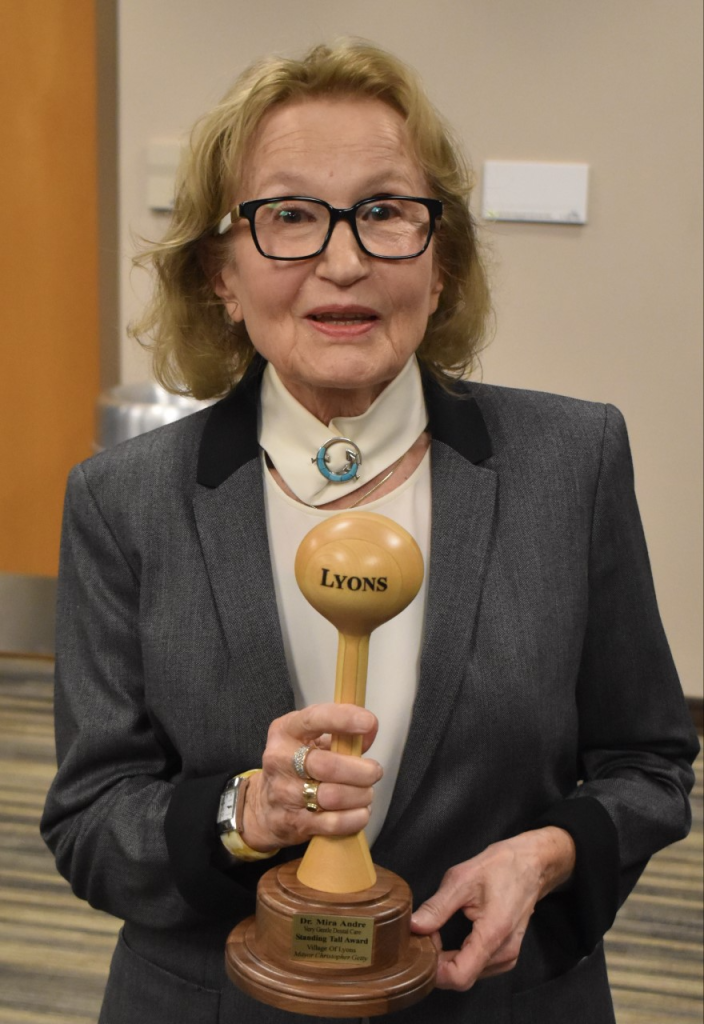 Dr. Mira Andre received a Lyons Standing Tall Award for having her dental clinic in the village for 30 years.

One familiar face is returning to the Lyons Zoning Board of Appeals.

And another familiar face was honored by Mayor Christopher Getty when the village board held its meeting on Oct. 18.

First, the board unanimously approved appointing James Koc to the ZBA.

Koc, 61, has lived in the village for many years.

He formerly served on the ZBA and has worked as a letter carrier based in the Lyons Post Office for 28 years. His current route is on the east side of the village, roughly between the river and Harlem Avenue.

“Jim is well-known in the community by many individuals,” Getty said, noting that Koc is a “longtime volunteer at many events in the village.”

Koc said that “it’s a pleasure to serve the community again.” He last served was on the ZBA six years ago.

“It gives you a chance to help somebody. Or if you see something that’s not the right thing to do,” Koc said.

Koc said his job, going door to door daily, allows him to “know what’s going on. And people know me.”

“It’s a pleasure to have somebody that’s been caring for residents of Lyons and the surrounding communities. It’s my understanding she’s kept her business here because of the clientele,” Getty said.

The Standing Tall Award is a wooden replica of the Lyons water tower “which stands tall at all times,” Getty said.

“We only give it to special individuals who stand tall for our community,” the mayor said. “Dr. Andre is deserving.”

“I’m so proud to serve the community,” said Andre who moved to America from Belgrade, Yugoslavia, in 1981.

She chose Lyons because she liked what she found.

“I searched the area, the community and I found it was very promising to open the business (in Lyons). People from the community, the village, are very friendly, very helping,” she said.