Runners get off to a fast start at the Orland Park Turkey Trot, where a record 1,000 runners signed up. Photo by Jeff Vorva

The top two finishers in the 34th running of the Orland Park Turkey Trot had “19” as part of the number on their bibs. 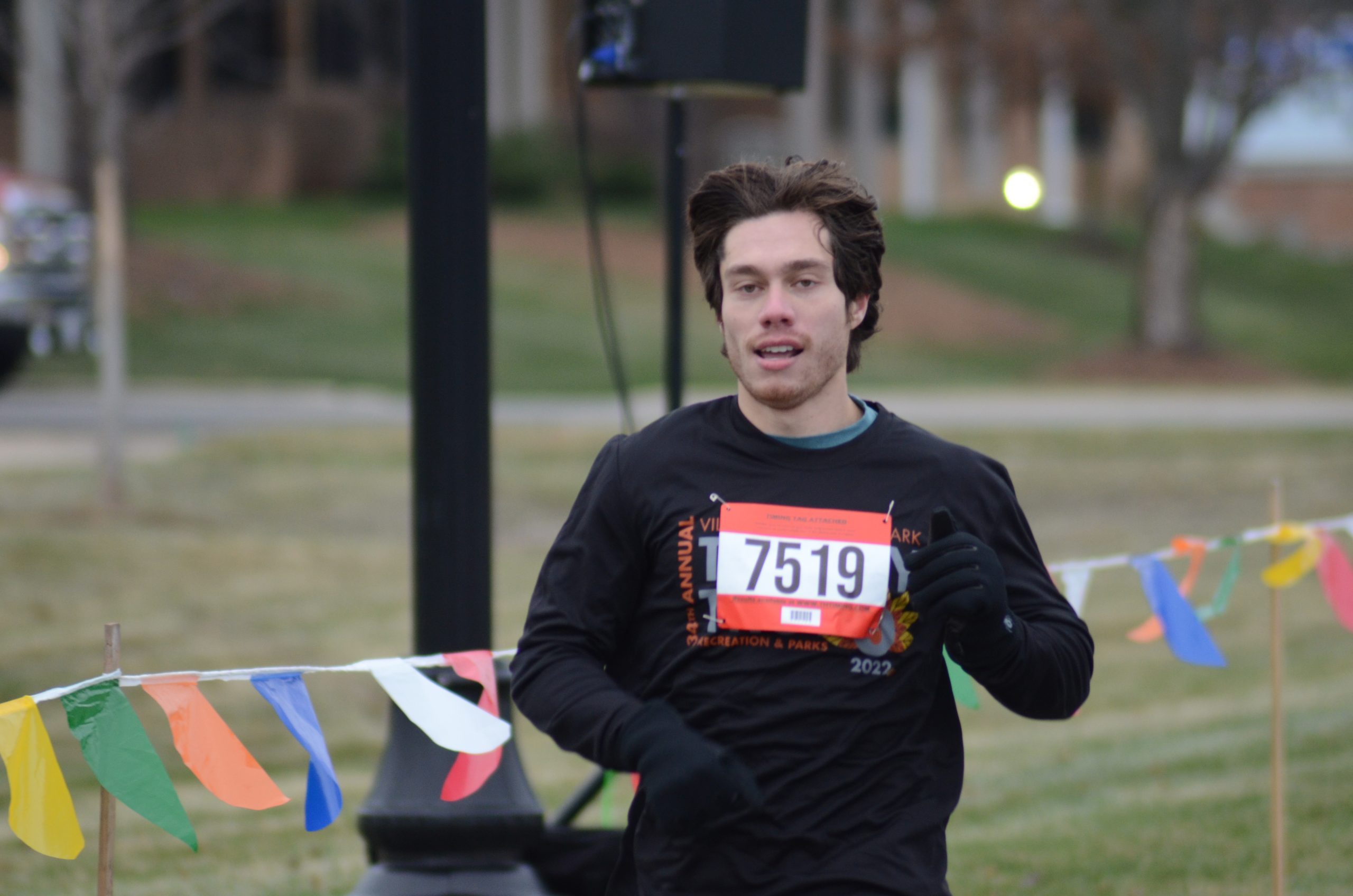 Luis Lopez, 17, of Chicago, and Mario Lopez, 25, of Orland Park, finished third and fourth, respectively, while Daniel Dominick, 38, of Frankfort, rounded out the top five.

Lukas is a former Sandburg runner who never ran in the Turkey Trot before.

“I just wanted to go out there and see what I could do,” he said.

Outside of running, Lukas is a sensation in the classroom. He is working on his PhD in bioinfomatics at the University of Illinois-Chicago.

He said he ran the Chicago Half Marathon earlier this year. 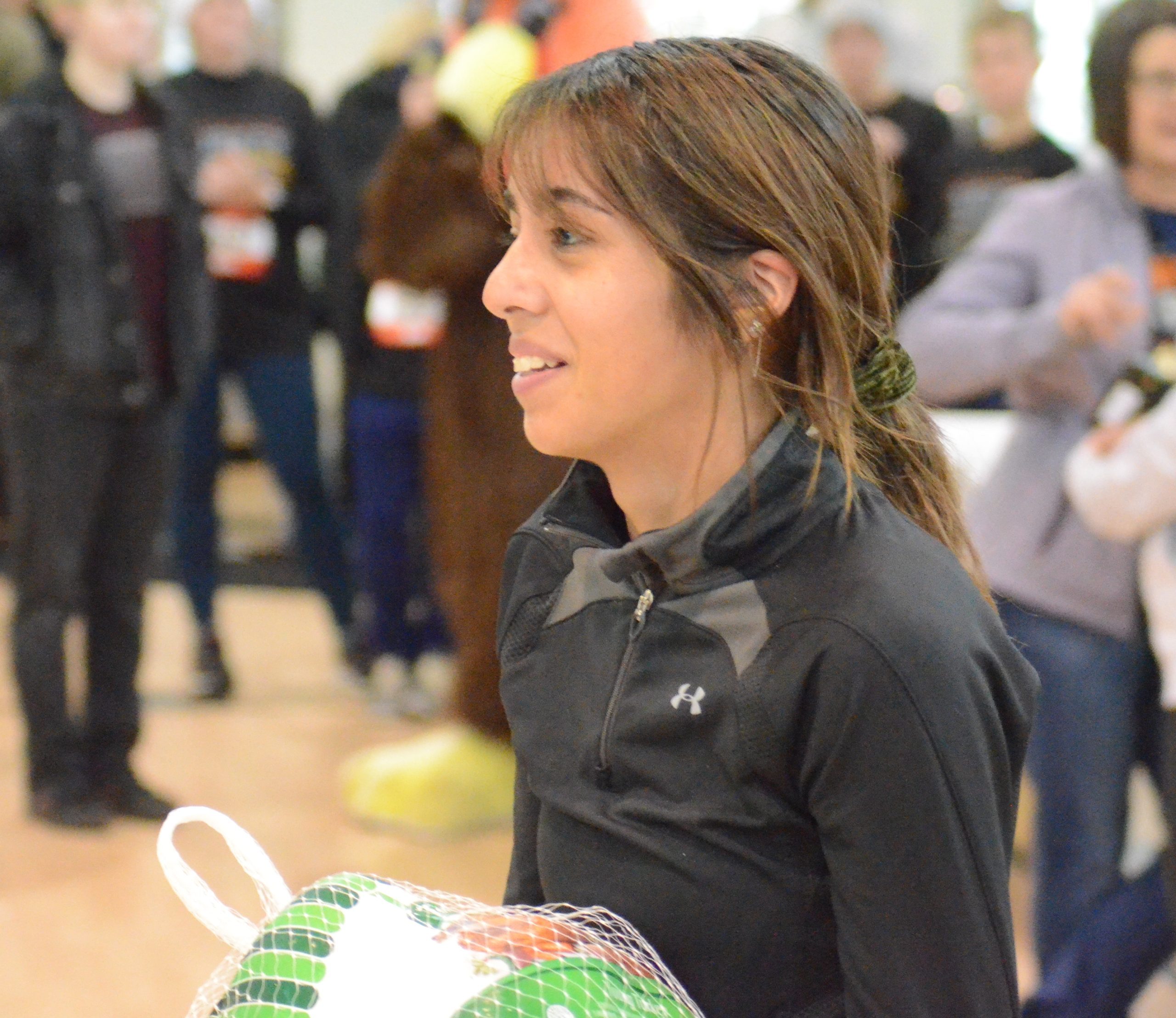 Chavez said she has won her age group in the past but never was the overall women’s champion. Her family makes it a tradition to run in the Orland Park event every year.

“I was actually sick so I was stressing out about running it,” she said. “But I’m OK now.”

The Vikings junior finished 137th in the IHSA Class 2A state meet at Detweiler Park in Peoria in November.

A record 1,000 runners signed up for the Turkey Trot and 887 finished the race. 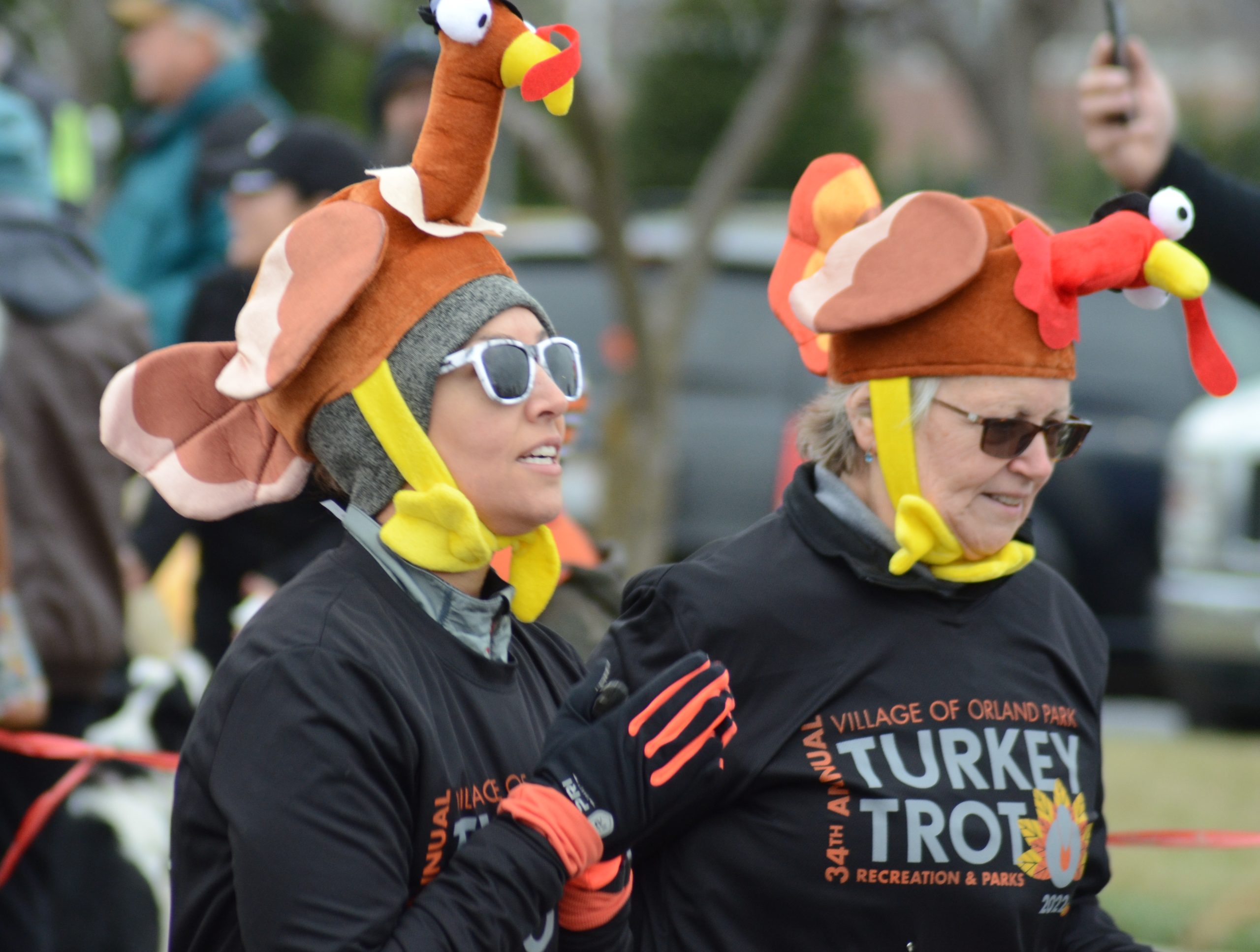 A pair of runners get into the spirit of the Orland Park Turkey Trot race. Photo by Jeff Vorva