Angel Williams, of South Carolina, enjoyed being able to phone home to his mom and his fiancé. (Photos by Steve Metsch) 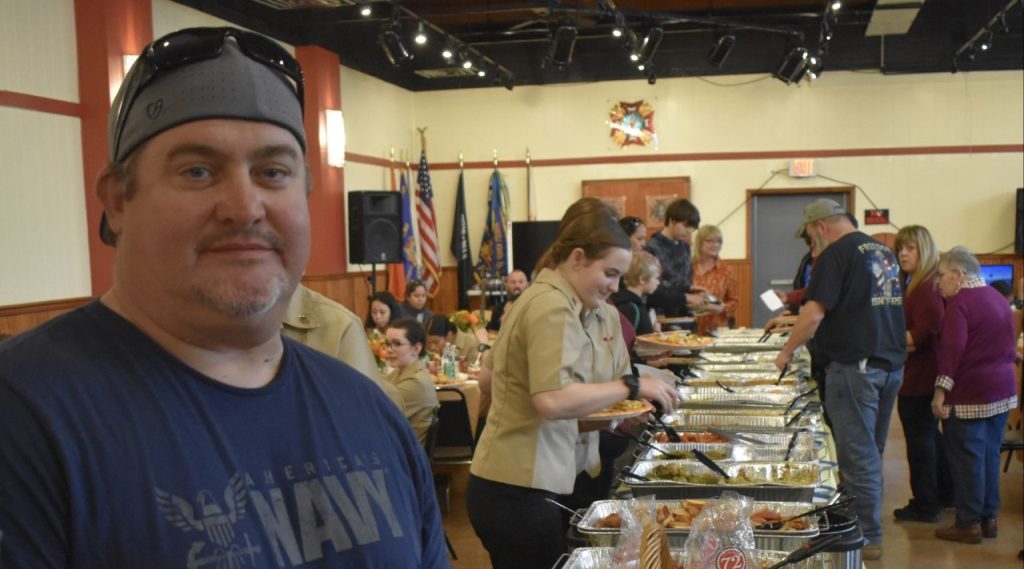 Shawn Ligeikis loaned his cell phone to recruits so they could call home.

It had been about three months since Brittney Rodriguez sat down to enjoy a home-cooked meal.

It’s not that the food is terrible at the Great Lakes Recruit Training Center in North Chicago, Rodriguez said. It’s just not as good as Mom’s cooking.

“They have their days, but it’s not a home-cooked meal,’ she said. 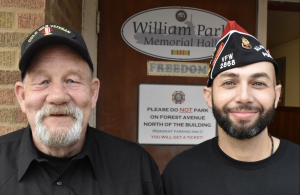 “I like it. I haven’t had actual food since I left (home) in August,” said the Bronx, NY, native.

An E1 Hospital Corpsman, Rodriguez wants to be a surgeon. She joined the Navy because doing so will help make that happen, she said.

She and 44 fellow recruits from Great Lakes spent Thanksgiving Day at the Joshua W. Harris Memorial VFW Post 2868 in Brookfield at 8844 W. Ogden Ave., where they were treated to a feast and lots of fun.

It was a scene repeated Nov. 24 at many other posts in and around Chicago.

Thanks to the generosity of post members and community residents, those in Brookfield had a long table of food to choose from.

They also got to enjoy watching football, playing video games and – perhaps most importantly – calling home to chat with loved ones.

Seaman E3 Angel Williams, 18, of Clio, S.C., enjoyed being able to talk with his mother and his fiancé.

“I feel really lucky. They had a magician here. Really good. I got to use the computer, got to listen to music. You can’t listen to music when working out in boot camp,” Williams said.

He said his grandfather Timothy Ray Williams Sr., served in the Navy. “He’ll be showing up at my graduation (on Dec. 2),” Williams said.

Another veteran, Brookfield resident Dave Kivi, who was a 2nd Class petty officer in the Navy, was in charge of putting together the event that’s in its 16th year at the post.

“If it wasn’t for the members here and the community, this wouldn’t happen. We have people coming in and out all day with donated food,” Kivi said. 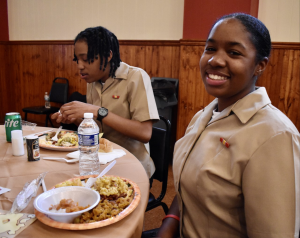 Several recruits stepped outside the post to make calls on borrowed cell phones.

“We give them our personal phones to call home. What’s really nice is over the weekend, I’ll get a phone call, ‘Can I speak to seaman recruit so-and-so’,” Kivi said with a laugh.

Post Cmdr. Eric “Kermit” Morales, 42, an Army veteran who lives in Brookfield, said the event “means a lot to me.”

“I see in their faces is what I went through when I first joined. I know what it’s like to be away from home at 18,” Morales said.

One recruit’s family had gone to pick her up at Great Lakes, but lacked the necessary paperwork, he said. So, Morales invited her entire family to eat dinner with her at the VFW post.

“She got to visit her family. She almost made me cry,” Morales said.

Shawn Ligeikis, 49, of Brookfield, a Navy veteran, smiled when he said he hadn’t seen his phone in three hours. Some people drop their phones off and pick them up at 6 p.m.

“It means making the kids happy,” Ligeikis said. “I shook all their hands (and) said ‘Happy Thanksgiving’ when they got off the bus.” 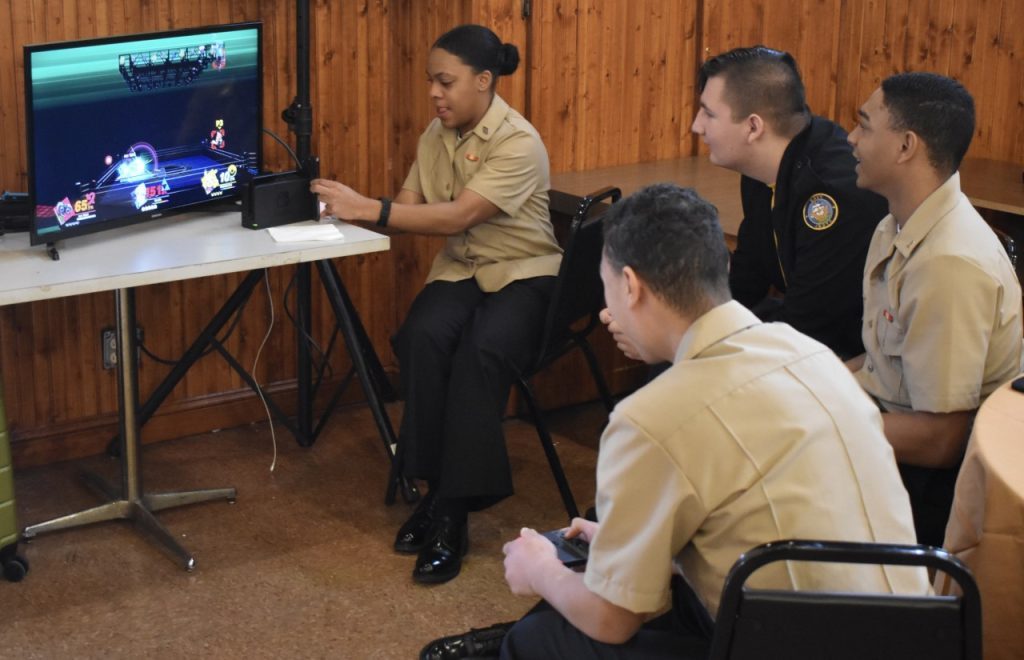 Some of the recruits enjoyed playing video games.