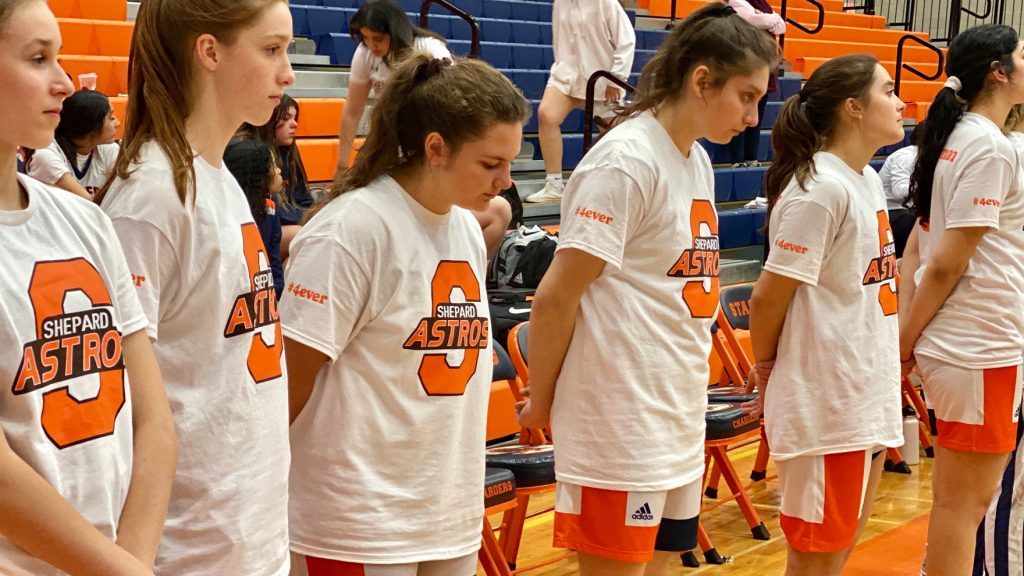 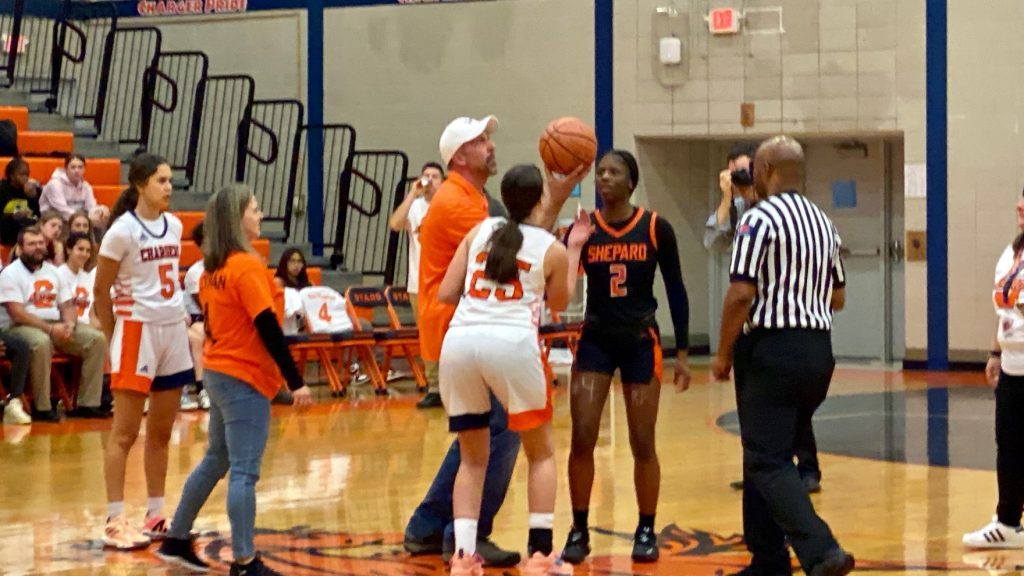 Dan Plowman had the honor of the first tip off to begin the game as his wife, Jen, looks on. The Plowmans were presented a game ball to keep with messages from the girls. 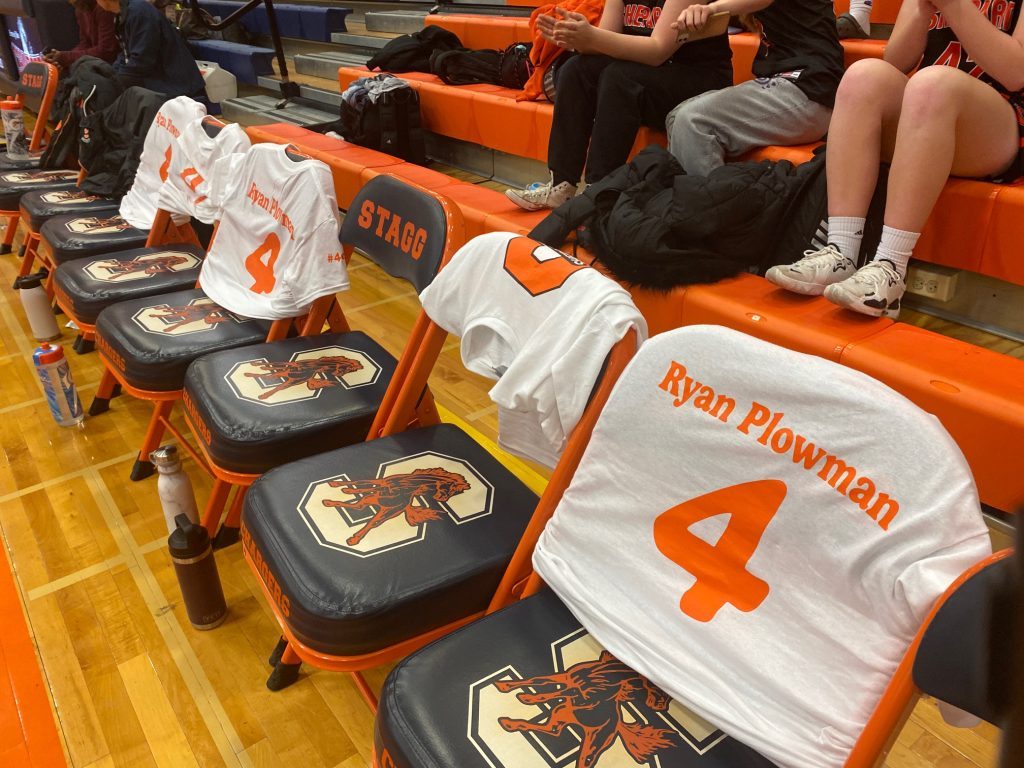 Both teams wore shirts in Ryan’s honor with his name and number on the back.