Skip to content
December 13, 2022/Comments Off on Kindergartners get early lesson in Mustang Pride 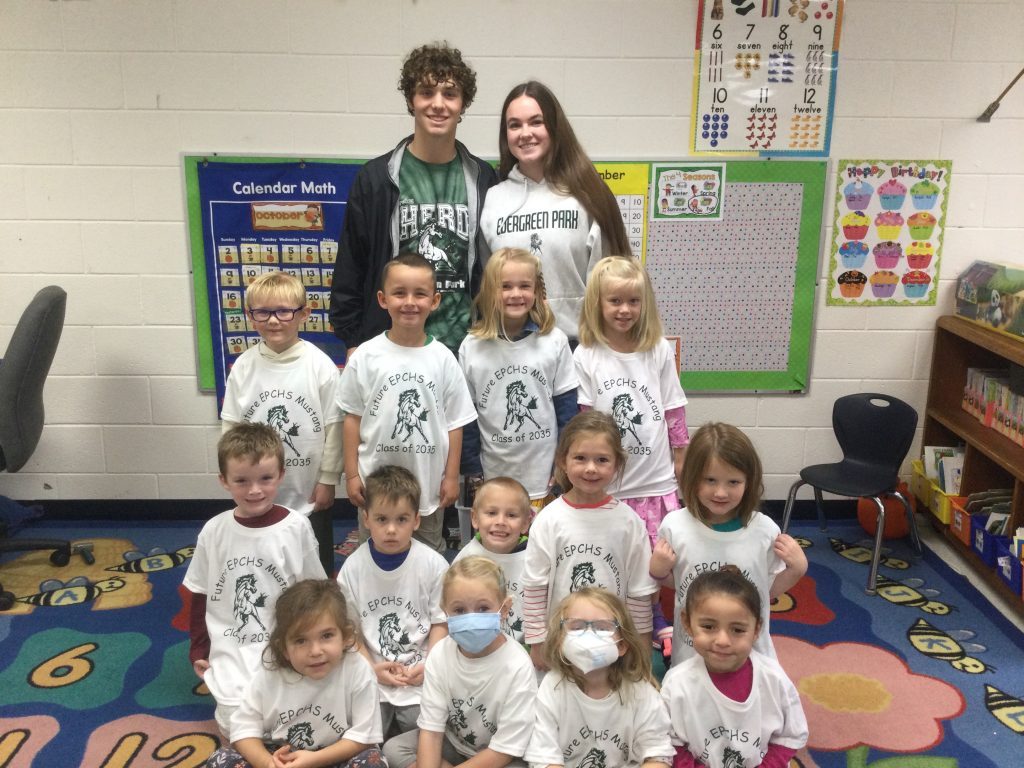 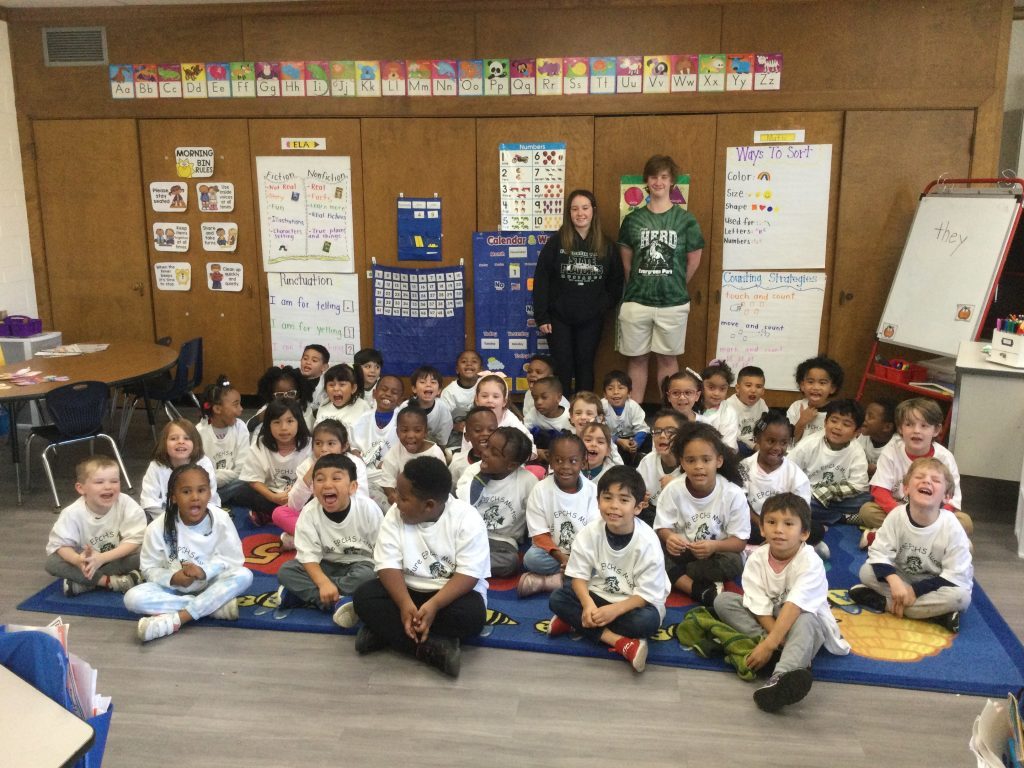 Mustang Pride starts at an early age in the Evergreen Park community.

During the final week of October and first week of November, Evergreen Park Community High School student leaders, along with Principal Bill Sanderson, visited the four Evergreen Park District 124 elementary schools to personally deliver T-shirts that read “EPCHS Future Mustangs – Class of 2035” to all of the kindergarteners.

This tradition began in 2011, and this year’s EPCHS junior class was the first group of kindergartners to receive their T-shirts. Every year since 2011, Sanderson has asked the kindergarteners to save their shirts and show them to him when they cross the stage at their high school graduation.

This year, a pair of student leaders who attended each of the four elementary schools joined Sanderson in dropping off the shirts. At Southwest it was Jack Donnelly and Helen Joyce, at Southeast it was Nathan Brannigan and Grace Leonard, at Northeast it was Ben Arteaga and Donovan Jackson, and at Northwest it was Theresa Brady and Karalyn Burke. 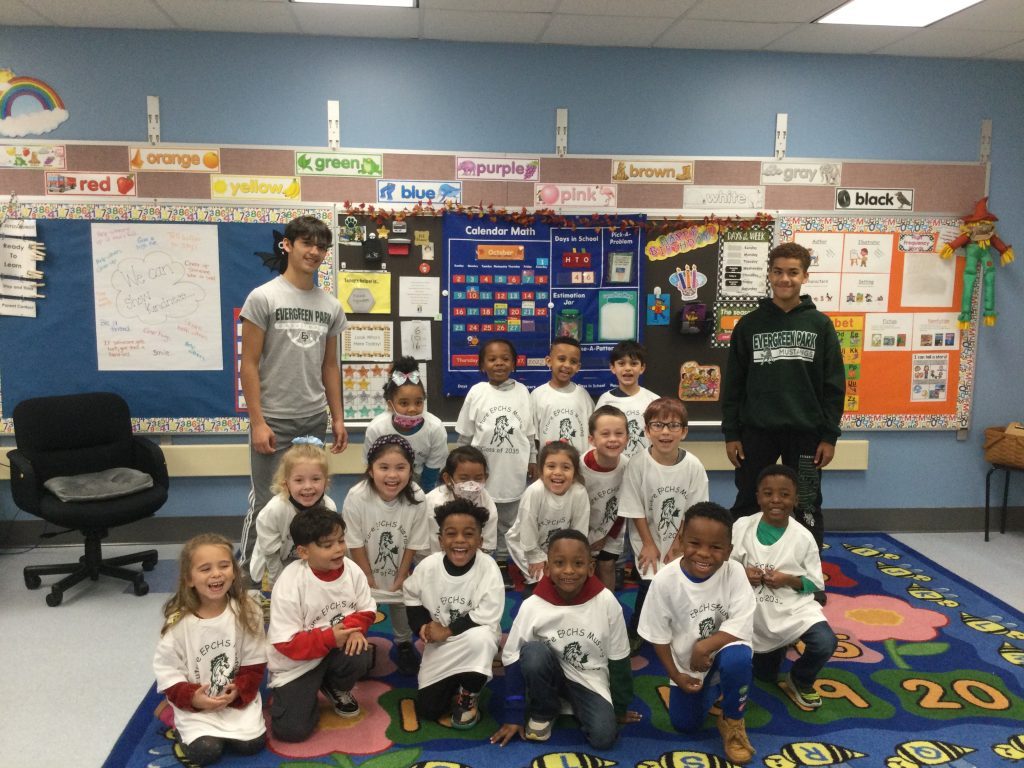 Ben Arteaga and Donovan Jackson with kindergarteners at Northeast School. 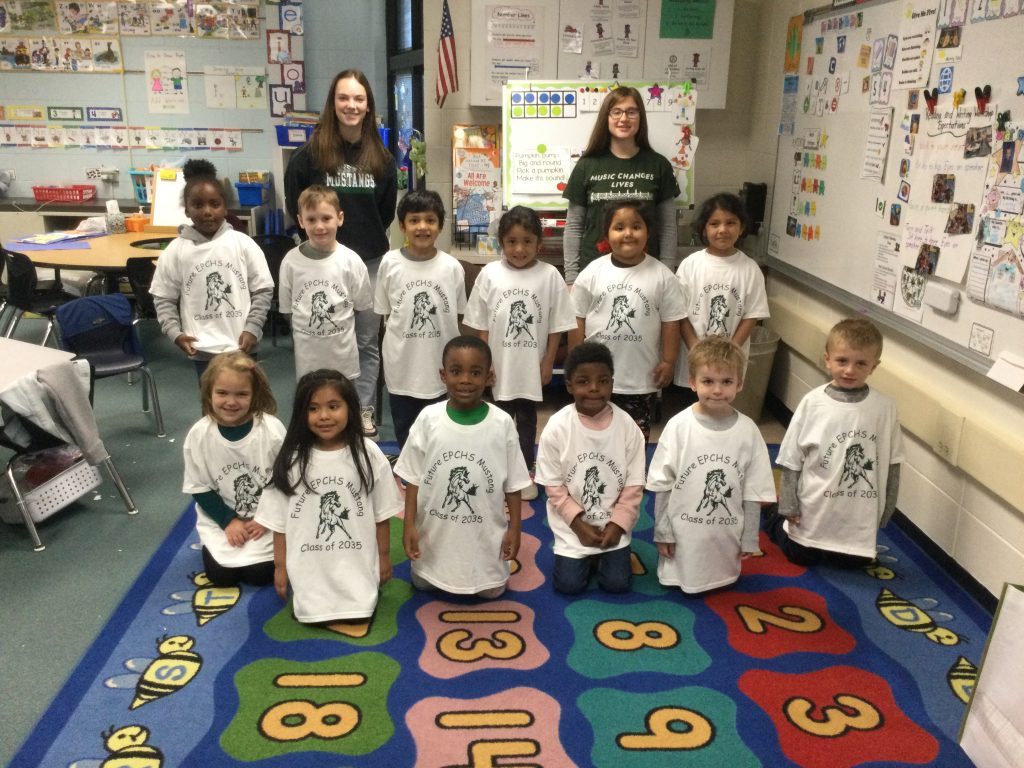