Skip to content
December 23, 2022/Comments Off on Orland Park bracing for the snow and cold 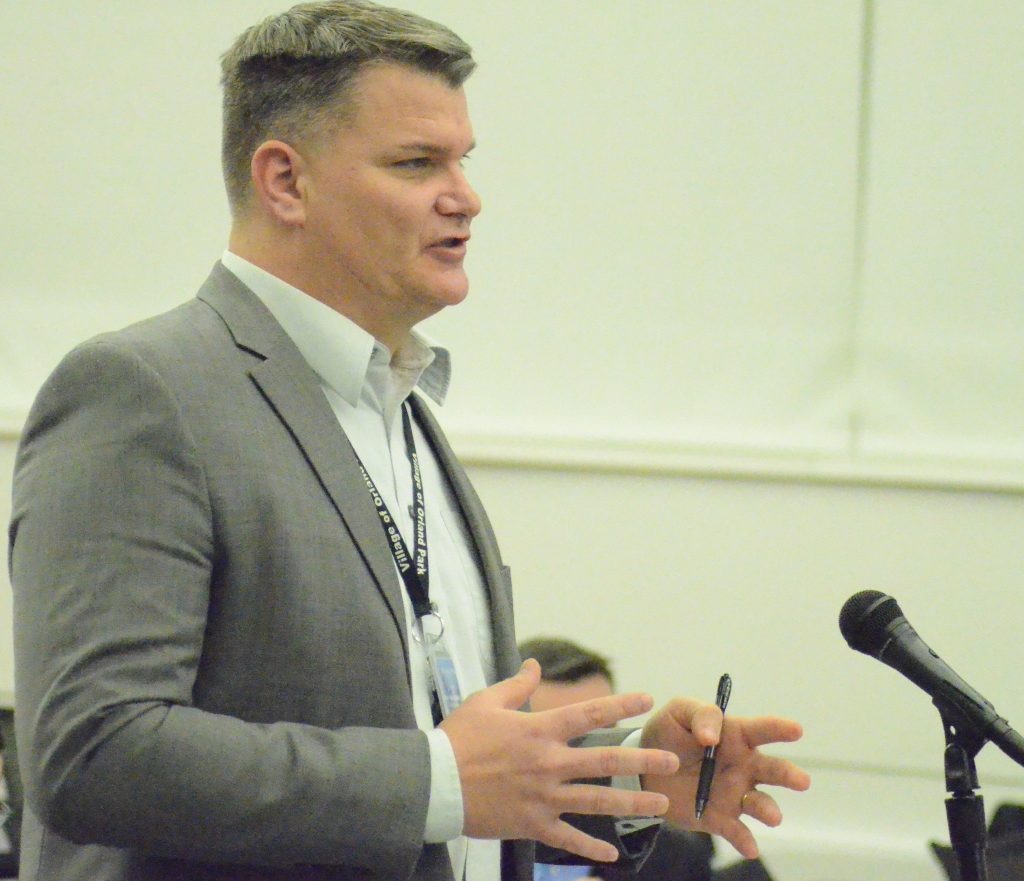 Orland Park bracing for the snow and cold

There is a lot of snow and a lot of cold in the forecast for the holidays.

But Orland Park is ready.

Public Works Director Joel Van Essen said before Monday’s board of trustees meeting that the game plan is in place for whatever beating Mother Nature wants to dish out – especially when it comes to snow on village streets.

“We will have 25 people split up into two shifts and that will cover our 22 routes,” he said. “Each will work 12-hour shifts.

“We’ve got salt. The trucks are ready. The drivers are rested. I think we’re well-positioned.”

He added that contracted drivers will also be helping out in neighborhoods and cul-de-sacs.

As of Tuesday afternoon, the forecast was for heavy amounts of snow Thursday and Friday and temperatures that could dip below zero after that.

Christmas is Sunday and Van Essen hopes the worst will be over by then.

“If it’s out of here by Saturday, people can still enjoy Christmas,” he said. “We’re getting a White Christmas but there may be some cleanup the day before. Places like Cleveland and Buffalo may have the heavy snow on Sunday. Hopefully we’ll be fine.”

During the meeting, Mayor Keith Pekau and some of the trustees said not to park on city streets if there are more than two inches of snow. They warned not to shovel or blow snow into the streets.

As for the cold, the village’s police station, 15100 Ravinia Ave., will serve as a warming shelter.

Officials also urged residents to keep an eye on elderly neighbors to make sure they are doing well.

In recent years, there have been some contentious elections in the village for spots on the board, but it appears the 2023 re-elections of trustees Cynthia Nelson Katsenes, William Healy and Michael Milani will be controversy free. Unless there are some aggressive write-in candidates, all will be calm in the weeks leading up to the April 4 election.

The three incumbents filed for election last week and after Monday’s deadline passed, they are running unopposed.

“I think this is a testament to the great job you all have done,” Pekau told the trio. “You have made a lot of good decisions. You also made a of hard ones during COVID under tremendous pressure and relentless attacks.

“In hindsight, you were right on every vote. You did this all despite robocalls that attack you, your spouses and, in some cases, your children. You endured an endless number of harassment and lawsuits as well and some of you had defamatory notes put into your mailboxes about you and your family in your neighborhoods. Thank you for putting up with all of that and standing tough and making the hard calls.”

The regularly scheduled Jan. 2 board meeting has been cancelled and the next time the group will gather will be Jan. 16 in its re-vamped board room at Village Hall.